Why Javed sahab said what he did

Why Javed sahab said what he did 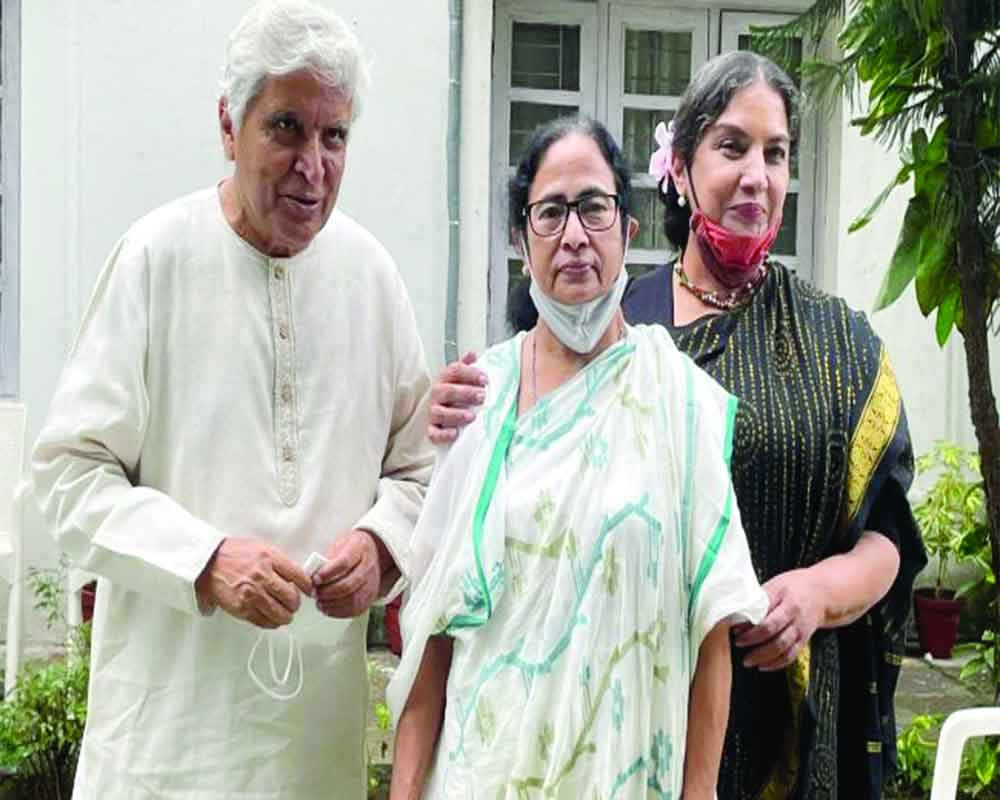 Historically, Muslims and communists have stood together because of an apparent fear of Hindus. But the new era isn’t against any religion

Jana’b Javed Akhtar has equated the RSS with the Taliban, a prominent wing of the Islamist forces standing against virtually the rest of the world. The RSS, meanwhile, is a socio-cultural organisation which also runs many schools. No RSS sevak is on record to have fired a single bullet. Some believe Akhtar is a communist but to me he appears to be a Left liberal. His statement has done untold damage to Indian Muslims.

In my eight-year endeavour to learn spoken Urdu, I have made more than several friends in Akhtar’s community. In the last few years, many of them, their relatives and friends have begun to integrate with the new Indian ethos, that is to live as an equal Indian without appeasement. The Nehruvian ethos has passed and is being replaced by a Hindu-coloured era without being against any religion. Akhtar sahab’s statement, quite unprovoked, has disturbed the switchover from what has passed to the new whose dawn has broken. A number of Hindus, who were helping the cause of integration, may go back and say that even a communist Muslim is a Muslim first. I do appreciate that religion is the compass of his life. So much so that their womenfolk are trying to break the shackles of the rules laid down by religion.

Prime facie, it would appear that Islam and communism are sharply different. The Muslim lives by his religion all day while the Marxists reject god and call religion the opium of the masses. In the Soviet Union, most mosques were converted to shops, municipal offices or party hangouts. Many a youthful CPM member used to enjoy declaring that they were pure atheists even on the floor of Parliament. But historically, in India, the Muslim parties and the communists have been allies. The CPI (then undivided) only supported the Partition and even splitting the country into 16 nationalities, if need be. At the other end, when Sir Abdul Rahim and Fazlul Rahman were negotiating with a prominent Hindu leader for a united Bengal as a third dominion plus Pakistan and Hindustan, the CPI and MA Jinnah were enthusiastic supporters. This was Jinnah’s way of gobbling up the whole of Bengal (Muslim majority) instead of only East Bengal. Whatever cuts up India, the CPI was at its service. Even after Jana’b Akhtar’s faux pas, two communist leaders were in his support on television channels, in whatever little I have seen.

The secret behind this opportunist compact appears to be fundamentally the fear of Hindus. In their perception, anyone else who comes to power — capitalist, socialist or communist — can be, after an effort, defeated in an election. The CPM in West Bengal and the Congress in many States are examples. But, in their assessment, once a Hindu party gets into power, it would be difficult to dislodge it. It would build up a Hindu vote bank and its numbers would be large, larger certainly than any other vote bank, whether working class or minority. The animosity between Prophet Mohammed and Marx would show when one of them acquires supreme power across the country. Pakistan has no visible communist, even in Bangladesh (which had tall Leftist leaders like Maulana Bhashani) they have since long been wiped out.

To go back to Akhtar, does he not realise that his community as a whole has nowhere to migrate and they would be reluctant to emigrate? Why then should leaders like him provoke Hindus into animosity? Pakistan, which should have been their haven, began to close its gates on the morrow of Partition. Punjab took Panjabis from the east. Most other Muslims were diverted to Sindh, which is where nearly all mohajirs have had to gather. Now there is no more space, though Balochistan is one place where there is no problem of space. But how many Indians would find it welcoming? Elsewhere in the world, the gates are closing, if they have not already closed. What is the future but to integrate in India? Why should Akhtar sahab disturb the atmosphere? Remember, except for the Trump riot in northeast Delhi, there has been no rioting for seven years or more. We should leave it at that. The advice to Akhtar should be to keep his mouth shut.

The question that remains is what in Akhtar’s mind could be the benefit either to his lyrics, himself or his community? No mature person speaks in public loosely to the harm of anyone, certainly not himself. Javed sahab is of course a veteran and anyone who has met him would assess him to be not only mature but also wise. He is also a gentleman and, therefore, he must have said about the RSS what he did to tell off the Sangh to improve itself by giving up all thoughts of a Hindu Rashtra. He should have known that he is safer in such a Rashtra than in a Nehruvian polity where there was frequent communal rioting to tell Muslims that Hindus are dangerous; you better support us because we are the only party which can protect you.