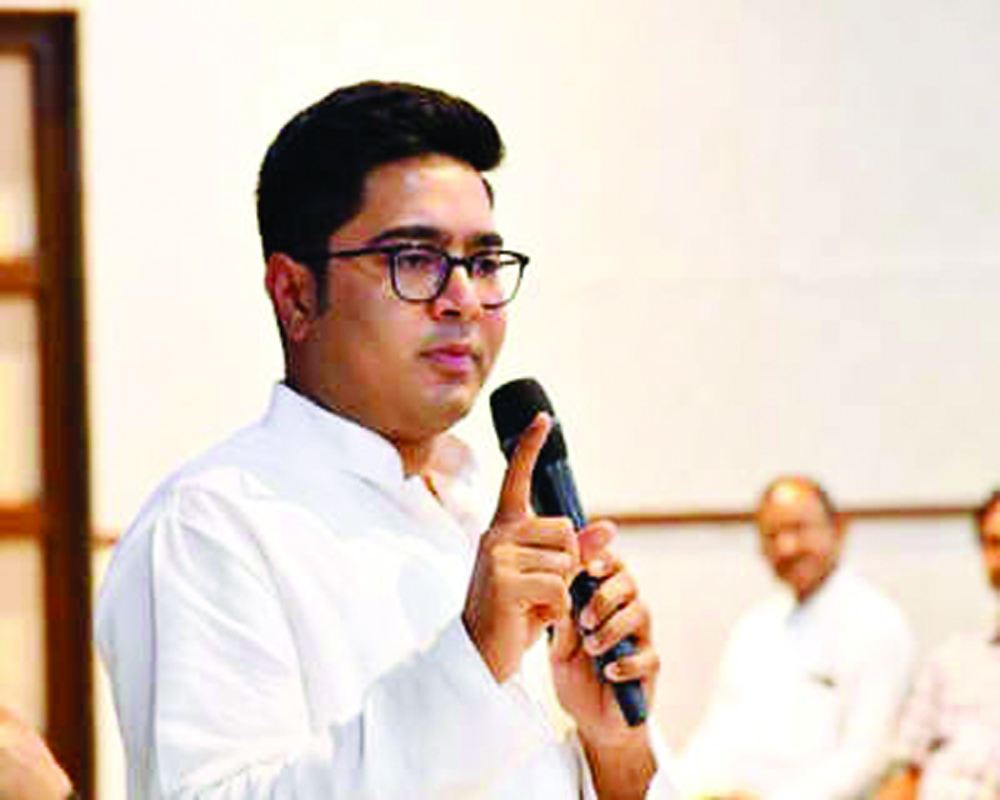 The Trinamool Congress harbours political ambitions outside West Bengal. Nothing new, but the fresh assertion by Mamata Banerjee’s nephew, the newly-appointed party general secretary Abhishek Banerjee, smacks of a spirit to take on the BJP rekindled by its resounding return to power in the State. For the record, the younger Banerjee says: “…If we decide to launch ourselves in other States, we will do so not to win few seats or to increase our vote share but to win power in that State by taking the BJP head on.” The Trinamool Congress appears to have a game plan to influence politics in areas where Bengalis reside in large numbers. One will have to watch how the Trinamool Congress plays the electoral game in next year’s Assembly polls in Uttar Pradesh, Uttarakhand, Gujarat and Goa where the BJP is in power. It cannot make much of a difference in any of these States other than giving Mamata a much bigger national profile and keeping her in the news. That would suit her game plan to emerge as a possible face of the Opposition in the 2024 elections. If it sticks to this plan, it will be venturing out far from its moorings, where its local politics is tethered to linguistic and regional identities. The Trinamool Congress has a limited area to explore outside West Bengal, specifically the north-eastern States and possibly Jharkhand where there is a sizeable Bengali population.

The Trinamool Congress has a history of stepping into electoral waters in these particular States. It got the national party status in 2014 while, in 2016, it was recognised as a State party in Tripura, Arunachal and Manipur apart from, of course, West Bengal. Way back in 2001, the Trinamool Congress had won a seat in the Assam elections. In 2010, it engineered a Congress split in Tripura to directly fight the CPM. In 2012, it was the main Opposition in Manipur. It fielded candidates in Arunachal Pradesh. In these States, it was the BJP that triumphed, the Trinamool Congress becoming a victim of ayaram-gayaram politics. The party has consistently backed Bengali culture in these States. For instance, after the killing of five Bengalis in Assam in 2018, Abhishek, speaking in Kolkata, famously bound Bengal and the BJP to the Trinamool Congress’s external politics: “This is a fight to preserve the Bengali culture. This is a fight for the rights of Bengalis. This fight is against the BJP’s politics of oppression and forcible occupation.” Between 2022 and 2024, in the run-up to the general elections, several north-eastern States will also hold elections where the Trinamool Congress would want to project the image of pitting itself against the BJP on equal terms. The name of the game is: You become my rival in my State, I will become yours in others. If that provokes the “insiders” of these States to criticise the foray of “outsiders”, the Trinamool Congress would not be unnerved more than it already is by native criticism to perceived opposition by Bengali chauvinism.