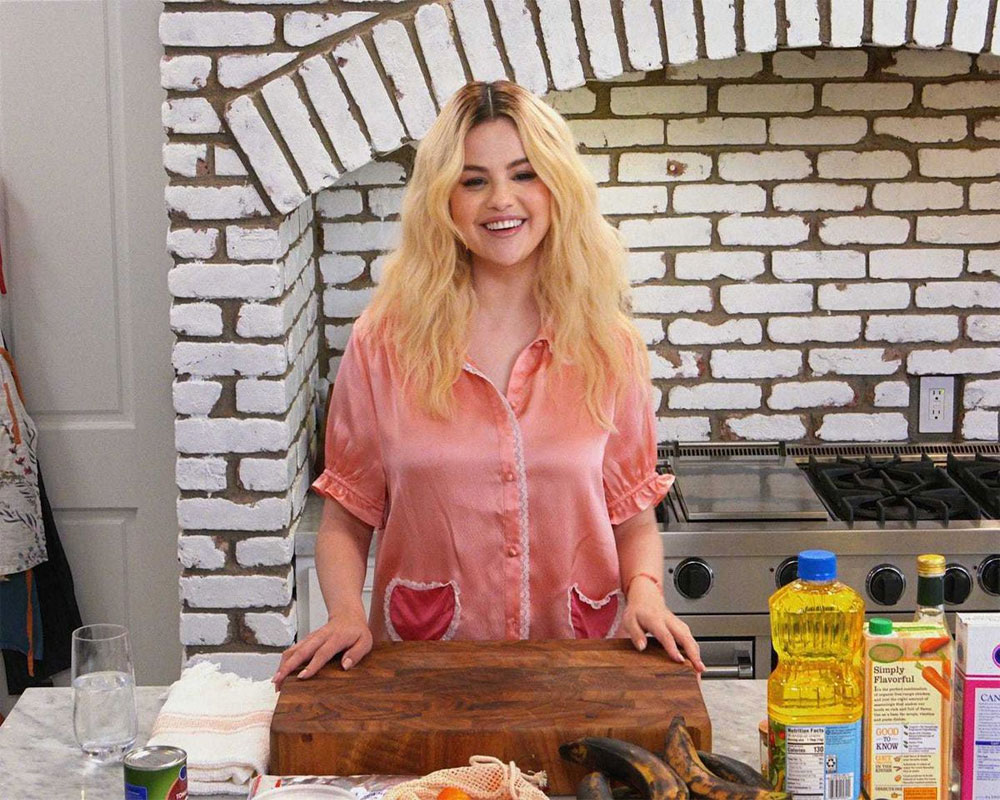 The news comes hot on the heels of the premiere of the final four episodes of season three on Thursday, which will feature chefs Jamie Oliver, Sophia Roe, Esther Choi and Gabe Kennedy.

According to Deadline, the fourth season will be set at a beach house where Gomez will continue to learn the joys of cooking with all-star chefs.

Like in its first three seasons, each episode of the new chapter will see each chef highlight a food-related charity. Till date, the show has raised USD 400,000 for 26 non-profit organisations.

Gomez said she is looking forward to another season of being in the kitchen with some of the world's best chefs.

"Hopefully, my skills have improved. More importantly, we've been able to raise money for incredible charitable organizations," she added.

Jennifer O'Connell, Executive Vice President, Non-Fiction and Live-Action Family, HBO Max, said they are thrilled to continue this delicious series for season four and even more excited to take it to a new setting.

"The beach vibes will absolutely take it to the next level and we can't wait to see what recipes Selena and the chefs cook up next!" O'Connell said.

The series is executive produced by Selena Gomez for July Moon Productions, along with executive producers Eli Holzman and Aaron Saidman on behalf of Industrial Media's The Intellectual Property Corporation, showrunner Leah Hariton, and Melissa Stokes.

Season four is slated to premiere next year.