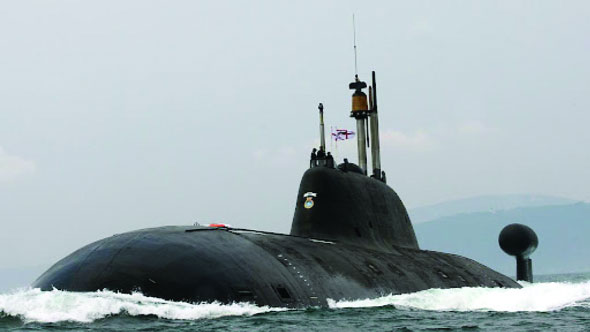 In its third chargesheet in connection with the submarine retrofitting information leak case, the CBI has charged two Naval commanders Jagdeesh and Abhishek Shaw.

Earlier, the agency had filed two chargesheets against six persons and Hyderabad-based firm Allen Reinforced Plastics Limited (ARPL). The third chargesheet came after the agency completed the probe against Commander Jagdish, who was arrested on September 21.

The agency has also named Commander Abhishek Shaw in the chargesheet filed on Saturday, they said.

An accused becomes eligible for default bail if the investigating agency does not file a chargesheet within the stipulated period of 60 days in cases relating to the Prevention of Corruption Act or 90 days for offences under the Indian Penal Code.

The CBI had conducted searches against retired naval officers Commodore Randeep Singh and Commander Satwinder Jeet Singh, a day after registering the case on September 2 after getting information that the latter was going to share crucial details related to a meeting in the Navy on the procurement.

The duo was arrested following the searches on September 3.

The CBI has filed two separate chargesheets against the accused serving and retired officials besides others for allegedly passing on confidential information about India’s Kilo Class submarines to “unauthorised persons”.

They were allegedly passing confidential commercial information on the MRLC programme of India’s Kilo Class submarines to unauthorised people for illegal gratification, the CBI had said after filing two separate chargesheets on November 3.

The case was registered following a reference from the Intelligence agencies that provided inputs that some serving officers in the Western Headquarters of Navy working on retrofitting of Russian Kilo class submarines were allegedly being influenced by retired naval officers and were receiving pecuniary benefits, the agency had said.

The agency is probing allegations into the leak of confidential information pertaining to procurements and maintenance of naval equipment for the submarines for pecuniary benefits and bribery in deal for the Mine Laying Saddle for the submarines from (ARPL).