Daily Covid deaths must be 25,000 in India, says expert

Daily Covid deaths must be 25,000 in India, says expert 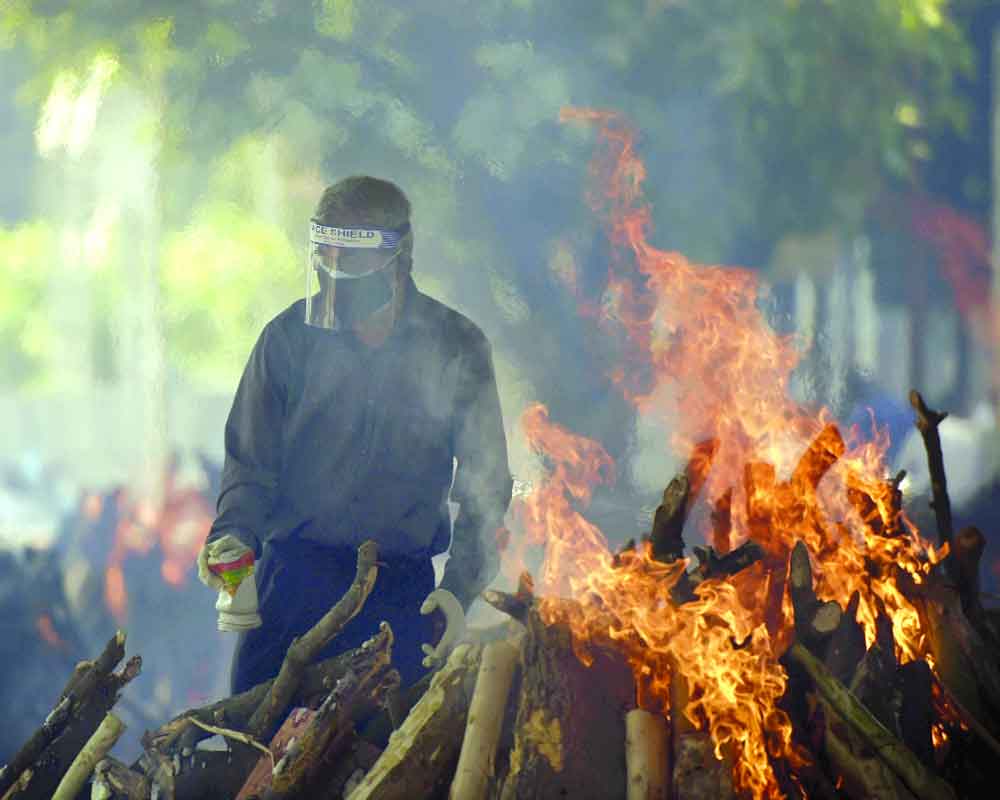 “Wrote about why India likely has 25K+ deaths daily. Pushback: we lack hard data on crematoriums so we can’t be sure. True. But we get 25K+ deaths no matter how you look. Another approach: 400,000 cases, 22% test positivity. Likely means we’re missing 90% of infections,”

Dr Jha said in the first of a series of tweets.

“Truth is, no one knows exactly how many Indians dying from Covid. We make estimates from cases, tests, IFR (Infection Fatality Rate). And look at real-world experiences: crematoriums, people’s homes. I don’t know the exact number but I know this. There is immense suffering. And it must be brought to an end,” said Jha.

Dr Jha is a physician and researcher of the Brown University of Public Health in the United States.

Dr Jha said the situation at crematoriums reveals that the official data is under-reporting the number of deaths from Covid-19. He based his conclusion about death number going by the fact that scenes from the crematoriums suggested that they were handling “two to four times spike in business”.

“About 27,000 Indians died on typical day. Crematoriums handle that level of deaths every day. Additional 4,000 deaths won’t knock them off their feet,” he claimed. Jha said he believes that Covid-19 is contributing 25-50 thousand deaths daily to India’s overall per day mortality numbers. “Crematoriums running 24×7 and running out of firewood suggest that the actual deaths are at least 25,000 a day,” he adds.