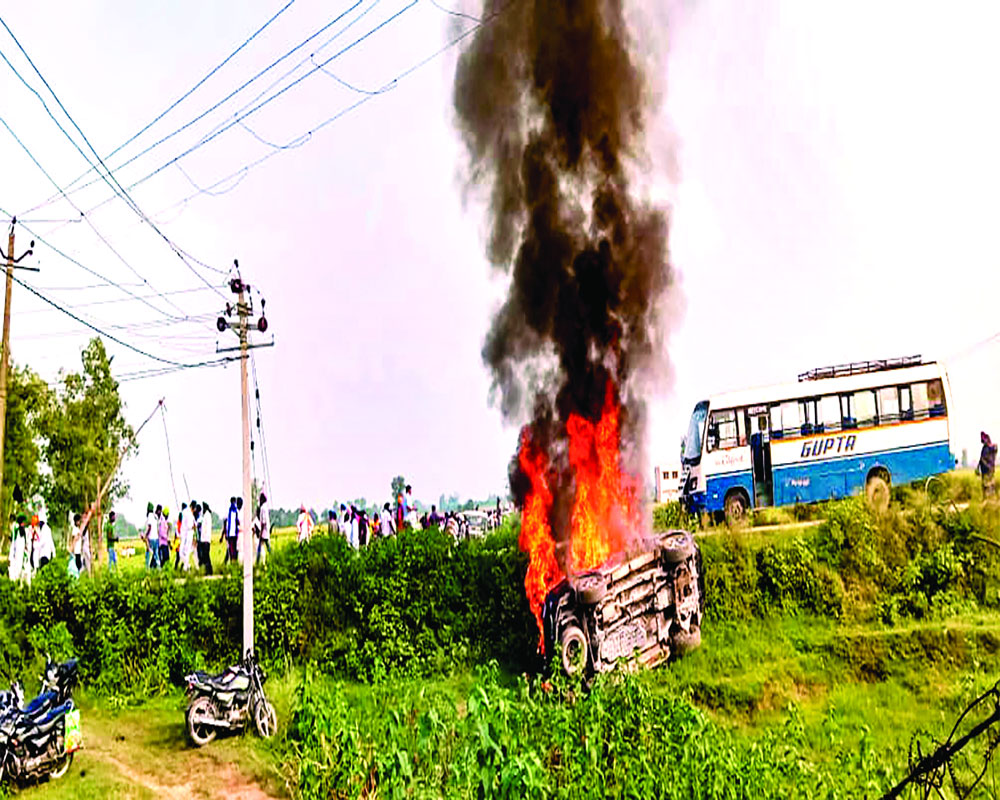 Eight people were killed as violence erupted here during a farmers’ protest over Uttar Pradesh Deputy Chief Minister Keshav Prasad Maurya’s visit, according to an official.  Two SUVs were set on fire by angry farmers, reports said, after they hit a group of protesters. Four of the dead were travelling in the vehicles and the remaining four were farmers, Additional SP, Lakhimpur Kheri Arun Kumar Singh said.

Maurya’s visit to Banbirpur village was cancelled in view of the violence and Internet services in Lakhimpur has been stopped by the telecom companies on the instructions of the district authorities, even as the UP Chief Minister ordered a probe into the incident.

Yogi Adityanath who rushed back from Gorakhpur after getting information about the violence, said that the incident was unfortunate. Adityanath has ordered a high-level enquiry into the incident and has appealed to the people to stay calm till the investigation is completed.

Senior IPS officer Ajay Pal Sharma has been rushed from Lucknow to Lakhimpur to control the situation. Meanwhile, the Bharatiya Kisan Union (BKU) called for an emergency panchayat in Sisauli in Muzaffarnagar late on Sunday night to discuss the issue.

Earlier, the farmers had assembled to oppose Maurya’s visit to Banbirpur, the native village.