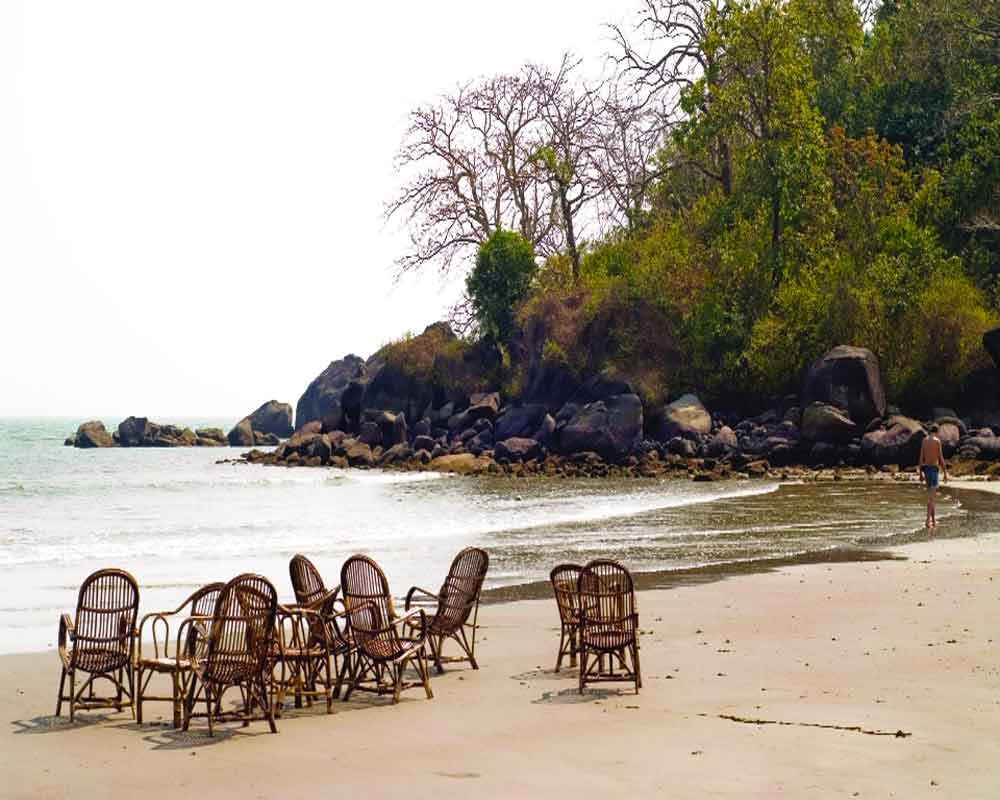 With a drastic fall in the arrival of domestic and international tourists due to Covid-19, Goa tourism has taken a big knock.

The State’s restaurants, pubs and beaches are deserted due to the imposition of night curfew, ban on international flights, curtailed domestic flights, restriction on visitors and an unrelenting spike in Covid-19 cases and deaths.

Nearly 2,100 of the total registered 3,500 hotels have downed their shutters, 5-star hotels have slashed their rates by nearly 50-60 with a meagre occupancy rate of 5-10 per cent, which is a drastic drop from a high of 80 per cent occupancy in March this year. Footfall in casinos is paltry, and phones of car/bike rental companies have fallen silent.

Top officials said visitors from other States are not coming as the Government has made it mandatory to carry a negative Covid-19 test report or a vaccination for visitors from other States. Over two dozen film and TV serial makers and their units that moved from Mumbai and Chennai recently shifted their shootings to Goa, now returning as the shooting for permission has been withdrawn due to a spike in Covid cases.

According to the Tourism Department, the shoot of Star Plus’ Ghum Hai Kisikey Pyar Meiin and Shaurya Aur Anokhi Ki Kahani will move to Hyderabad, the team of Aapki Nazron Ne Samjha has decided to move to Silvassa.  Goa is not a new favourite for the entertainment industry but the pandemic has turned the state into the preferred haunt of production units.

With no international tourists or charter flights, hotels have started facing the brunt of it. Many hotels didn’t reopen last season since foreign tourists and charter flights weren’t open. Unfortunately, some of the hotels which were open are closing down due to lack of business, even though Government has allowed hotels to stay open.

Business has hit an all-time low for shacks this year, as there are no international flights or charters.

A senior official of the Goa Government said though a large number of domestic visitors traveled to the state but the high-paying international tourists were missing - an absence that hit the hospitality industry very hard.

“International visitors, mostly from Russia, Israel, the UK and Italy, come for the holidays and often decide to stay on for months. The international flights have been suspended from the past one year. Many domestic travelers do not have the same spending capacity as a tourist from a country with a better rate of currency exchange against the rupee, a hotel owner said, requesting anonymity. Now we are finding it difficult to pay for our employees,” he added.

According to a report “Coping with COVID-19; Survival and Revival of Goa’s Tourism Industry’ compiled by the Goa Tourism Ministry and consultancy firm KPMG Advisory Services Pvt. Ltd,  the State tourism industry directly contributes 16.43 per cent revenue towards the state Gross Domestic Product (GDP) and approximately 35 per cent of State’s population is directly employed by the tourism sector. In the last quarter of 2020, it was mostly domestic tourists and budget travellers who visited Goa.

According to the Tourism department data, a total 1158380 tourists including 282022 foreign tourists had visited Goa till August, 2020 during the Covid lockdown.

Goa is regarded as one of the top beach and nightlife tourism destinations in the country and attracted nearly eight million tourists last year. A typical “peak” season in Goa - December and January - sees throngs of visitors flocking to their favorite beaches for some time in the sun, as northern parts of the country battle dipping temperatures. Seaside shacks and popular restaurants run at full capacity with reservations being made days in advance during the season.