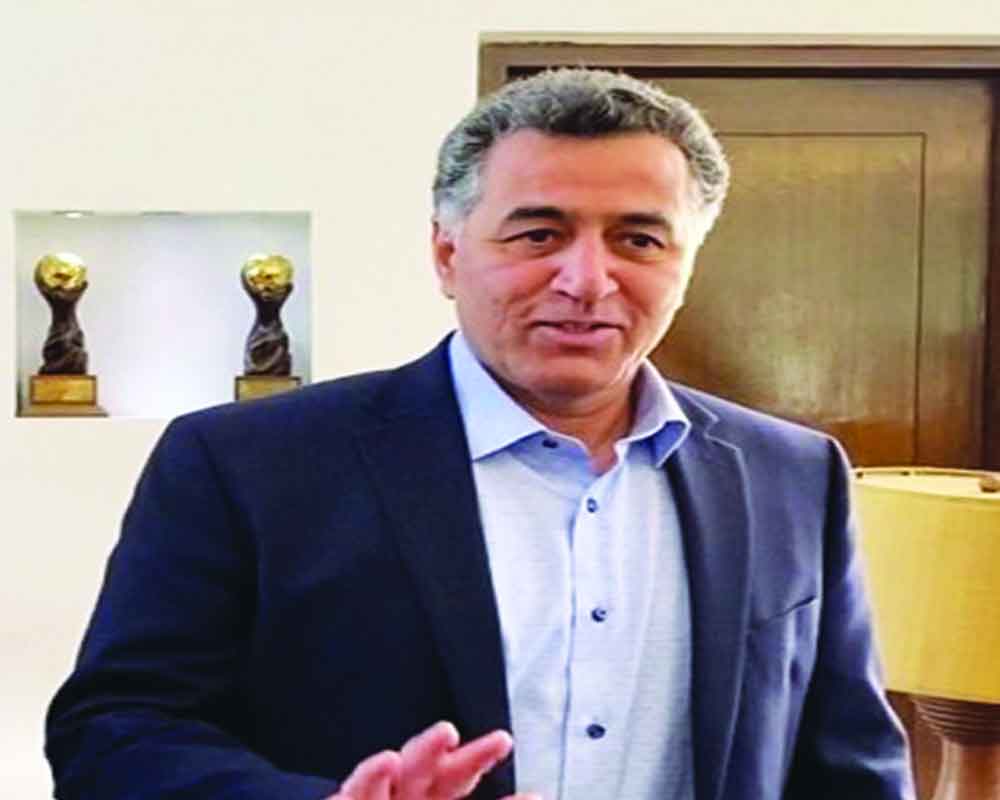 As part of its long-term strategic game plan, Pakistan’s Inter-Services Intelligence (ISI) chief Faiz Hameed’s visit to Kabul earlier this week was to ensure implementation of a list of its demands, including reduction of the number of Afghans in the Presidential Palace in Kabul and to ensure the significant presence of the mercenaries of the Haqqani Network to monitor the activities of the Taliban leaders.

Hameed, according to sources tracking the developments there, also discussed with the Taliban leadership ways to fill important positions at the top in the future Government and army there with ISI-Pakistan Army “stooges” and mercenaries of its jehadi terror conglomerates besides resolution of the dispute over the Durand Line in favour of Islamabad.

In addition, the ISI chief also ensured the swift launch of the violent attacks on Panjshir Valley with aerial and ground support from the Pakistan Air Force and the Pakistan Army to quell the resistance from the National Resistance Front.

Counter-Terrorism expert Dr Rituraj Mate said, “The Taliban regime needs legitimacy from its own citizens but apparently it is working at ISI’s behest to win over the hearts and minds of its people. It is not going to work in Afghanistan as Pakistan has itself failed in restive Balochistan and Khyber Pakhtunkhwa regions.”

Hameed’s meddling in Afghan affairs could also be indicative of the dissensions within the Pakistani politico-military-ISI combine. Pakistan PM Imran Khan is himself a Pathan and his party is ruling in Pakhtun areas like Khyber Pakhtunkhwa region, making him a popular face among the Afghan origin people. The ISI could be seeking to fuel conflict between the Pakhtuns from either side of the Durand Line on the one hand and between the Pakistanis and Pathans within its jurisdiction to make Khan unpopular, Dr Mate added.

The presence of the Haqqani Network fighters in the Presidential Palace will keep close tabs on the workings of the interim Government and take measures in line with Pakistani interests. The ISI bid also suggests it does not rely on the Afghan cohorts. The ISI is already planting the terror commanders of its terror affiliates as Governors of the provinces. Pro-ISI Haqqani Network’s chief Sirajuddin Haqqani’s placement as Interior Minister in the interim Government in Kabul will ensure postings of Pakistanis as Governors and key appointments in the police and future army with ISI’s favourites, the sources said.

“Hameed also pushed with the Taliban leadership to raise a professional army and include former members of the Afghan National Defence Force, many of whom were planted by ISI-Pakistan Army, leading to the quick control of the provinces by Taliban. The Taliban leaders led by Abdul Ghani Baradar opposed the raising of the professional army as Taliban is essentially an insurgent outfit relying on guerilla tactics to maintain supremacy,” Counter-Terrorism expert of Afghan origin Ajmal Sohail told The Pioneer.

The regular Afghan Governments in the past and the present Taliban regime are all opposed to respecting the sanctity of the Durand Line drawn in 1893 by British India following the Anglo-Afghan war. Afghanistan claims sovereignty over the Federally Administered Tribal Areas in northwestern Pakistan merged with neighbouring province Khyber Pakhtunkhwa in 2018. FATA existed from 1947 until being amalgamated with Khyber Pakhtunkhwa, a tribal area inhabited mostly by Pashtuns who also live in a sizable portion of northern Balochistan, a restive province of Pakistan.

According to open source information, the Durand Line is the 2,670-kilometre international land border between Afghanistan and Pakistan. It was originally established in 1893 as the international border between British India and the Emirate of Afghanistan by Mortiner Durand, a British diplomat of the Indian Civil Service, and Abdur Rahman Khan, the Afghan Emir, to delineate their respective spheres of influence and improve diplomatic relations and trade.

Under the British Raj, Afghanistan was considered an independent State although the Britishers controlled its foreign affairs and diplomatic relations. Afghanistan had already ceded the regions of Quetta Pishin, Harnai, Sibi, Kurram and Khyber to the British Raj by the 1879 Treaty of Gandamak during the Second Anglo-Afghan War. The Durand Line left about half of the Pashtun homeland under British rule, now under control of Pakistan that was partitioned from India in 1947. The Afghans have been contesting the sovereignty of these regions under Pakistan’s control.

In 1901, the Pashtun-majority North-West Frontier Province was formally created by the British administration on the British side of the Durand Line. Post partition, the NWFP was under the control of Pakistan and contested by Afghans.

“By making a deal on the Durand Line with Taliban, the ISI is seeking to resolve the issue of controlling the Afghan territories under its control and sanctify its sovereignty over these areas,” Sohail added.