Maha puts off May 1 vax drive

Maha puts off May 1 vax drive 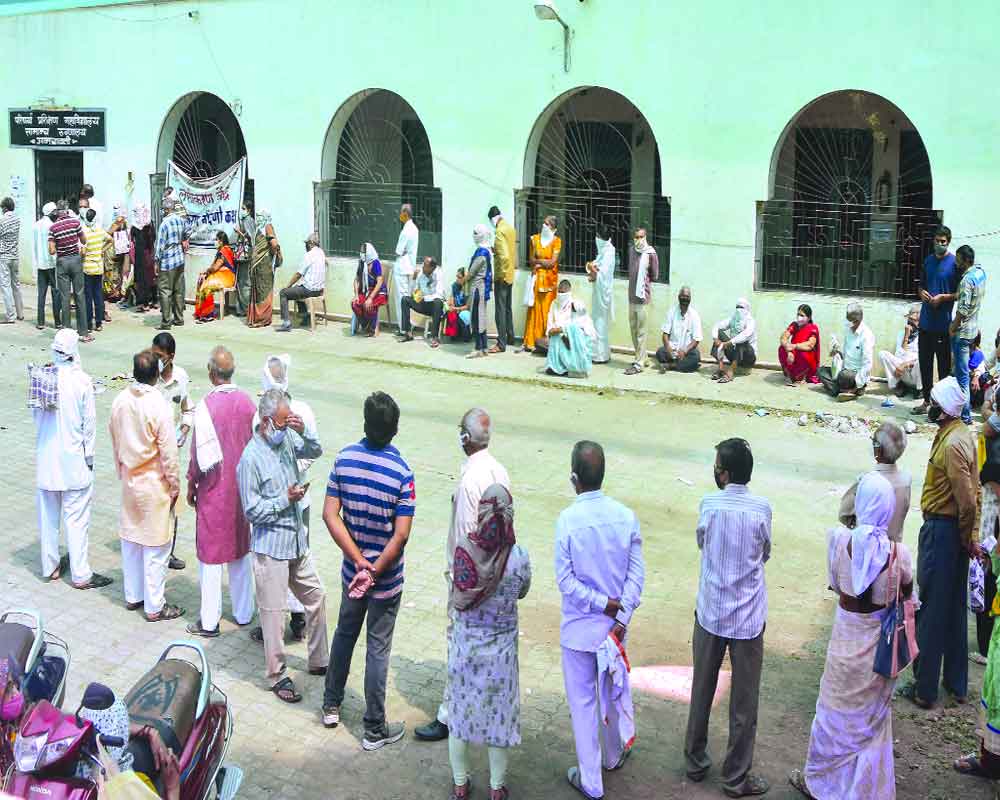 Vaccine shortage challenge for other States too; CoWIN crashes over huge traffic

As lack of vaccine stocks and their availability in States remains an issue, the Maharashtra Government on Wednesday postponed indefinitely the launch of the third phase of vaccination programme for the 18-45 age group scheduled for May 1.

Earlier in the day, when millions of vaccine aspirants logged in at the Government’s CoWin portal and the Aarogya Setu app for registration for Covid-19 vaccination for the 18-45 age group at 4 pm on Wednesday, both the sites crashed briefly amid confusion and chaos, with several ruing on social media that they have got vaccinate date as late as July.

Nearly 80 lakh apply for Covid vaccination in 3 hours on a day when new cases rose by over 3.6 lakh, the highest in the world.

In a tweet later, National Health Authority chief RS Sharma said 79.65 lakh people registered for vaccinations on the first day. “We have seen a traffic of 55,000 hits per second. System functioning as expected,” he added.

At the same there was also confusion about the rollout of this phase of drive in several States due to constrains of vaccine availability. While Maharashtra has decided not to roll out the  anti-Covid vaccination drive for the 18-44 year age group from May 1,  Rajasthan, Chhattisgarh, Jharkhand, Punjab and Kerala had on Sunday said they would also postpone this  phase of the vaccination for the same reason.

Under the new guidelines from the Centre, officials said Maharashtra has to arrange for its own procurement and ensure enough stock for vaccinating adults up to 44 years of age — the largest demographic group in the state.

Many vaccine seekers complained that they did not receive code number to proceed with the process while yet others lamented that they have not been assigned any hospital or given any date for vaccination despite registration.

However, terming the crash as a minor glitch, the Government said the portal has been fixed for registration for the third phase of the inoculation drive that is scheduled to begin on May 1. Users also pointed out that while registration process got completed, scheduling an appointment was not possible as majority of the locations still required age to be over 45.

Many users were quick to share the hassle they faced on Twitter saying they could either not log in to the portal or were facing other registration issues. While some said they were seeing error messages while trying to register, a few others complained they were not receiving the OTP required to log in to CoWin on their phones.

However, following the initial trouble, the portal started working after some time. Aarogya Setu tweeted, “Cowin Portal is working. There was a minor glitch at 4 pm that was fixed. 18 plus can register”.

At 4.54 pm, a tweet from the same handle stated, “Vaccination appointments for 18 plus will be possible once the State Governments and private vaccination centres schedule vaccination sessions. Registration is happening on cowin.Gov.In.”

After registration, taking an appointment to get a Covid-19 vaccine jab would be mandatory for those aged between 18 and 44 years as walk-ins will not be allowed initially, officials had said.

Those above 45 years of age can still avail the facility of on-site registration to get vaccinated, they had said.

The inoculation process and the documents to be provided to get the jab remain the same. The vaccination registration for those who are 18 and above has begun at a time when vaccine shortages are being reported from many States across the country.

There are widespread reports of people having to wait for long hours to get the shot and also being denied vaccination at some centres due to vaccine shortage.

From May 1, the types of anti-coronavirus vaccines and their prices will be displayed on the CoWIN portal for the citizens to make an informed choice at the time of booking an appointment at a private vaccination centre.

The Government has said more than one crore doses, to be administered to priority groups were available with states and 86 lakh more would be distributed over the next three days.