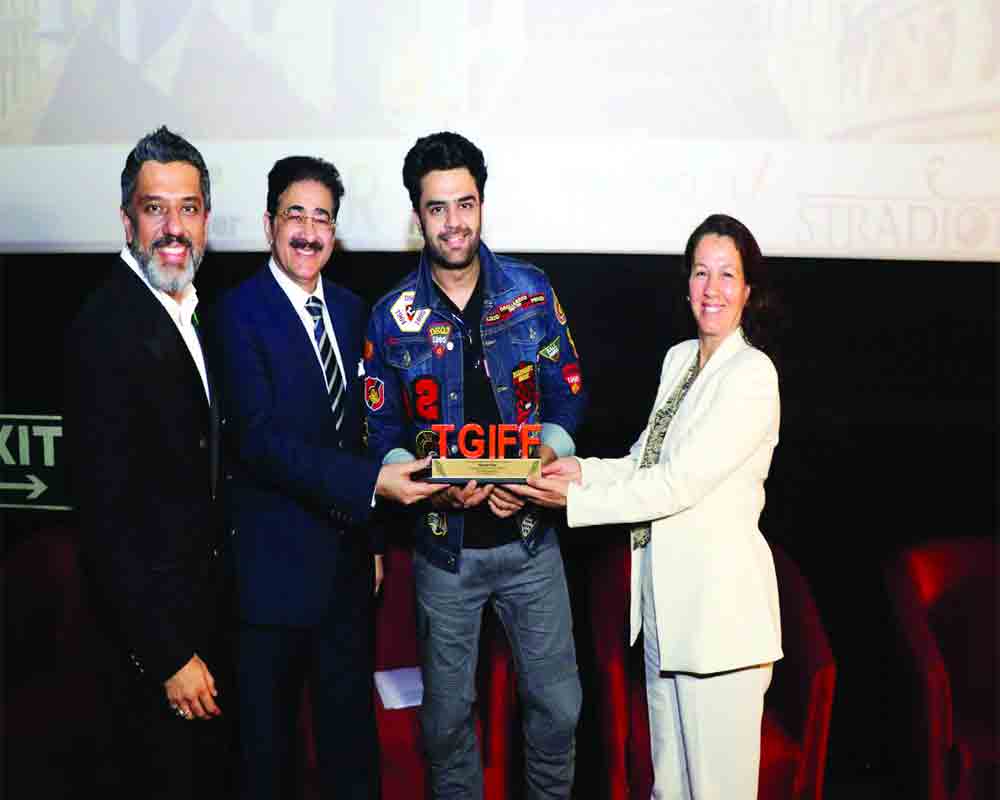 The TGIFF is a touring film festival with its first edition held in the Capital that brought cultures of the world together ensuring art and cultural cinema reached all. SUPRIYA RAMESH tells you more

Film festival and that too in the Capital? That’s a bit strange and unheard of. But the present pandemic has thrown a curveball and the fact that The Great Indian Film Festival (TGIFF), a touring film festival, a cultural initiative that aims to bring the different cultures of the world together on a single platform making art and cinema reach one and all, was organised in New Delhi was definitely good news for cinema buffs.

Initially, the TGIFF’s first season was to happen on March 27-28, 2021 in Mumbai as it's the film capital of India. Unfortunately, because of the pandemic and the second wave hitting us just at that point in time, it had to be postponed. “Mumbai is still not open to movies in theatres and we had to do justice to our filmmakers who had waited for the entire year for their films to be screened. So, the moment we got a window in Delhi through the PVR cinema, we decided that we should give filmmakers an opportunity to talk about their creation,” Vevek Paul, founder TGIFF, says.

Who said only a feature film could make for a great movie with a message or an award-winning film? A film as short as that can be shot on a mobile phone can also have an amazing story to tell, a story that could be an Academy Award winner. Paul decided to start a film festival of his own when his short films got accepted by the international film festivals and one of them called Feast, was selected at the Vancouver film festival and was also screened. It was his high!

“I was so thrilled that a very short film or a micro-short film can also be played in the theatre. People gave reviews on it and it made me happy. That day, I decided that I would like to have a festival of my own. I want to make sure that the films are screened at the best venues in the world,” Paul tells you.

TGIFF started as an open frame at a co-working space in Gurugram, where people would come out every Friday and Saturday to enjoy films. Few films were curated to be shown to the public and few award-winning short films from all over the world were screened. Every weekend, Paul and the team would have outings for filmmakers, film enthusiasts. It was a validation platform, he started receiving films from many countries.

“I would take feedback from the audiences and send it back to the filmmaker. And in 2020, we officially opened the festival to the world. It was heartening to see that in the first year itself, I received close to 120 films from all over the world,” Paul tells you.

A lot goes into deciding the best movie when you have some great stories from around the world under different categories. There are certain parameters set by the judges on which a movie is selected to be screened. A one minute film can also give a strong message as a 15 or 20-minute film could do. “As a festival, our responsibility is to give the filmmakers a platform. We have about seven categories in which we receive these short films, starting from documentaries to under 60 minutes to a one minute film,” he explains.

The Oscars is something that everybody looks up to but in the case of short films, not many people are aware that the Oscars also has a category for short films. In this season of TGIFF, the short film ‘The Neighbors' Window’ was chosen as an opening film because the subject was very appealing in the times that we are living in right now. The film is directed by Marshall Curry and won an Oscar last year.

“This movie came our way as it had won Oscar last year.  It is a story of a couple who lives by looking at the window of the neighbours and the times that we have lived in because of lockdown, it was coincidentally a very good choice for us to have it as an opening film,” Paul tells you.

Watching movies is not just about passing time, it is about understanding the story, learning something out of it and understanding the creativeness and efforts put into it by a filmmaker. Paul, who received 110 films last year for TGIFF, watched all of them. “Once you watch them, you feel like watching the other films because all these films are so different and as a filmmaker and a producer, it satiates my appetite looking at these films,” he says.

The next event will be held in Dubai and they will also have a mid-year event coming because they are worried that the number of films that they are receiving, they might not be able to do justice to all of them if their mission is to screen only through the bigger venues.