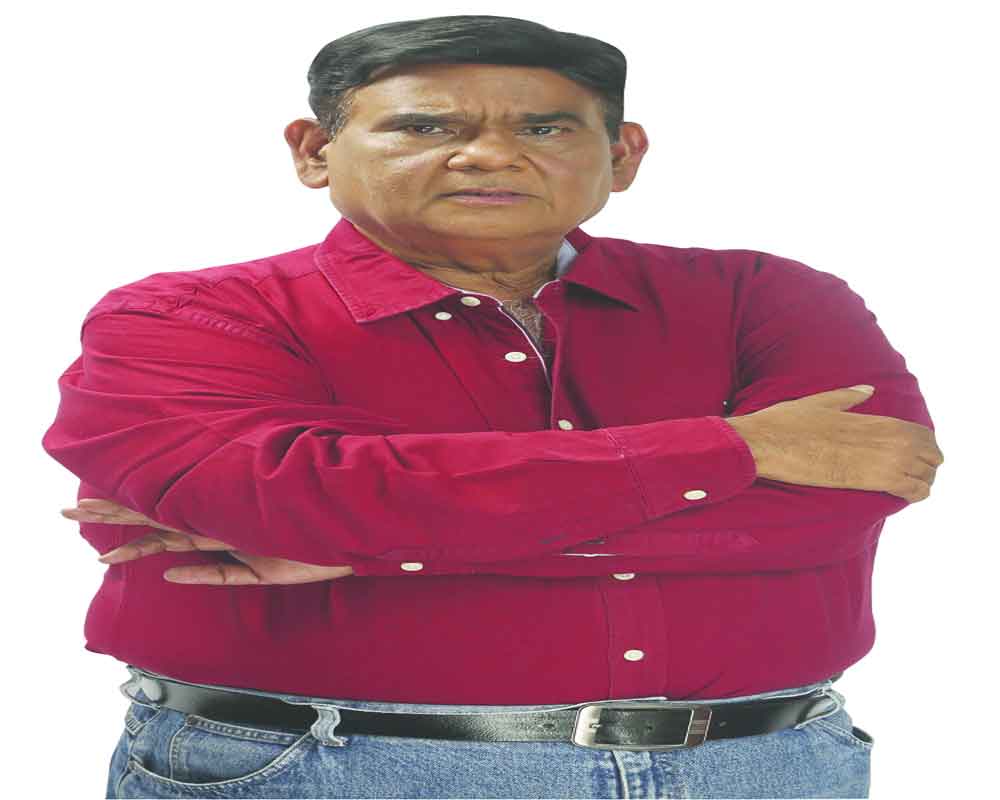 Satish Kaushik| The actor-director-producer speaks with Shalini Saksena why he chose to release Kagaaz on OTT, the reason why the industry is no longer making films like DDLJ and Chandni and his COVID experience

The second wave of COVID-19 is worse than ever. How is it affecting the industry?

When the lockdown opened last year, there was so much hope. A few theatres had opened. But again the virus has hit everyone like never before. Things are shut again. There is melancholy in the industry. Movies have been put on hold; they are not being released. There is sadness; shootings are being cancelled. My own shoot has been put on hold. There is uncertainty every where.

Will it affect the producers from investing in the near future?

There is one thing that I can say about this industry, we are very resilient. Hum mein sehan shakti bahut hai.  New projects are being announced, new scripts are being written. We will rally back. Watching a film in the hall has a charm and people will return. Wherever it is possible to shoot, it is happening. We are brave that way. Till your product reaches the theatres, there will be apprehensions.

How is your daughter, she tested positive a few weeks back?

Vanshika, my daughter, is doing much better now. She is on oral medication and has just come back home from the hospital a few days back. She is nine. I too had tested positive but was back home much before she did.

How tough is it for parents to deal with a situation when their children test positive?

To take care of the kids during these tough times is imperative. This new is affecting toddlers like never before. I had put a request on Insta that parents should take care of their children and that we need more paediatric doctors, nurses and hospitals for kids. It is tough to isolate toddlers at home. If we take them to the hospital, how does that work?

Now, kids are testing positive. How tough is it for parents to cope when their child is in the hospital?

I speak on behalf on every parent who’s child tested positive and had to be hospitalised. I can’t tell you how difficult it is to see your child lying on the bed helpless. I tested positive on March 17; my daughter came to my room on 18th despite being asked to stay away. So I decided to shift to the hospital. She wanted to hug her mother. That was so heartbreaking since one couldn’t do this. But then she too tested positive and she had to be hospitalised. Her fever wouldn't go down. But luckily she was in my room. But it was so sad to she her like that. My request to all parents, please keep your kids safe.

Do you think that releasing movies on OTT is affecting the industry?

Releasing a movie on the OTT is an individual decision. One has to see if the money invested in the project is being recovered or not. There have been instances where makers have recovered the entire amount from the platform they released it on. The advantage is if the film is good, one gets good viewership.

You released Kagaaz on Zee5. Was it a tough decision to make?

I had made the movie so that I could release it in the cinema halls.But then I decided to release it on OTT and it did so well. It grabbed eyeballs. If I had instead released in in theatres back then (January) there would have been uncertainty. But I released it on OTT and recovered my money. Also, far more people have seen the movie. I made the film for cinema hall but this switch has happened and have had to adjust myself to it. I am happy with the results. I can now do more work with. It has given me an alternative that if one makes different kind of content, there is space for it as well.

How would you describe yourself — actor, director or producer?

I just had one thing in my mind — I wanted to work in this industry; I wanted to be an actor and work in movies. I have been in this profession for four decades. What more can I ask for? I am from a middle class family. Today, I am a successful director and producer. I couldn’t ask for more. I have to thank my fans and my family and friends who supported and loved me. I am satisfied.