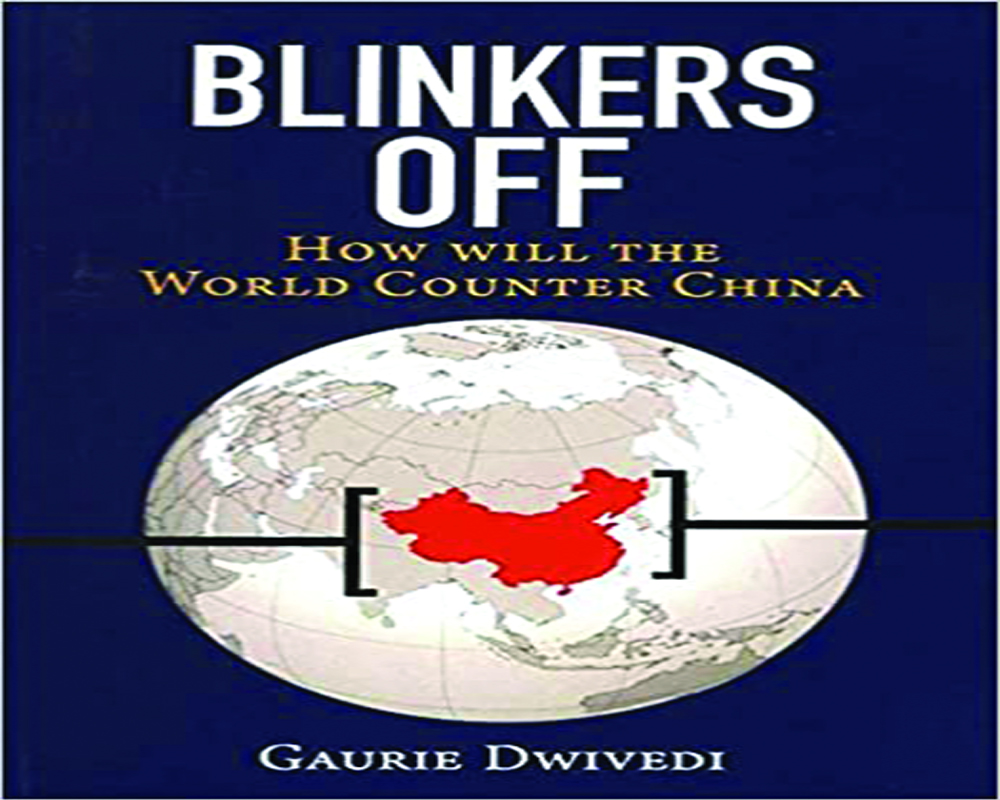 Blinkers Off: How will The World Counter China

Unravelling the many aspects of China’s statecraft, Blinkers Off serves as an important tool in understanding that the threat Beijing poses is multi-dimensional, and response to it should also be the same, writes Maj. Gen. Dhruv C Katoch (Retd)

The transformation of China under the Fourth Generation’s leadership has indeed been incredible. China sees itself as taking the lead in world affairs by the middle of this century and towards this end, it seeks to establish the country’s primacy in the Asia-Pacific region while concurrently moving towards establishing Chinese leadership of the international order. In Asia, Delhi is Beijing’s only economic and geo-strategic rival. No surprise then, that Beijing’s policy towards Delhi will continue to be shaped by its desire to achieve pre-eminence in the region.

If successful, what will China’s international leadership look like? It would certainly aim at a different world order, in which Chinese interests remain paramount. That, of course, is an objective which all nations strive for. In the case of China, however, it perceives itself as the ‘Middle Kingdom’, and the ‘centre of the universe’, around which all other nations revolve. Here, competition would most certainly lead to confrontation. While the Chinese would, in all probability, seek to avoid war with the US, though this does not include proxy wars, they may seek a limited military engagement with India, when they feel that they have the capacity to achieve a decisive result in their favour. That makes a future war scenario with India a certainty, though not so with the US.

In China’s world view, they would aim at forcing the US to not just accept, but respect China’s authority as the global leader and refrain from harming Chinese interests. The consequences of Chinese success in strategic competition could be severe for the United States and disastrous for India. So what should India and the international communities do, to remain relevant in the world stage?

This book, Blinkers off: How Will the World Counter China (Pentagon Press), authored by senior journalist Gaurie Dwivedi, gives a perspective on a counter strategy. It rests on a fundamental premise that unlike the Cold War, where America was able to take on erstwhile USSR on its own due to its economic and political might, Washington now needs partners to address the challenge of an autocratic and rising China. It presents a 360 degree perspective on building deterrence against an expansionist Beijing which poses a threat not just to India and the United States, but to the present world order.

Divided into four segments, Dwivedi documents China’s rise as it spread its tentacles from Asia to Europe to Africa and makes a case that Beijing’s “long term waiting game” was to topple the very institutions of the liberal world that aided its growth. From the WTO to the WHO to the UNHRC; Dwivedi highlights specific instances when China was successful in ‘gaming the system’.

Though written prior to the developments in Afghanistan, Blinkers Off suggests that the world has now firmly tilted towards a bipolar scenario, with China forming a nexus with other authoritarian and likeminded nations like Pakistan, Iran and Russia. The present security climate in Kabul seems to be testimony to the altered geo-political outlook that Dwivedi mentions to be the primary driver for building strong deterrence. Failure to create them would see China further building on its strengths, continuing its wolf warrior diplomacy and pushing the pedal on its hegemonic agenda. This would adversely impact not just India and Asia, but will destabilise the world. For it to be effective, Dwivedi says, the deterrence must encompass both military and non-military aspects of engagement with China. It also highlights the role India will play in any such global endeavour. Non-military challenges like trade, technology, and information are highlighted as key domains for any potential clash with China, since these may not elicit a sharp response from India, US and others due to the non conventional nature of warfare. Even before the pandemic, the book points out instances when China used such domains to further its global political and military objective.

India, due to its geo-political and geo-economic potential is expected to contribute significantly. In the Indo-Pacific, where China has gained clout on the back of its large infrastructure investments; Blinkers Off suggests a more active maritime and economic role by India. Enhanced utilisation of the Andaman and Nicobar Islands beyond the present focus on reconnaissance, larger investments in its naval capabilities and identifying opportunities for collaboration are some of the recommendations for India to counter China’s enhanced influence. To provide an alternative for the BRI investments in the Indian Ocean Region, which is India’s geo strategic orbit, the books suggests New Delhi could tie up with Japan and America to provide sustainable infra funding to the smaller nations.

By combining useful insights with vivid language, Dwivedi has presented a case for global cooperation against China and identified newer age dimensions of warfare. Perhaps most interesting is the argument that India could leverage its trade deficit against China since it has been following the same template against other economies. It is the nature of India’s trade with China, where it predominantly exports raw materials, needs to undergo a change, rather than the fact that New Delhi is a net importer.

Unravelling the many aspects of China’s statecraft, Blinkers Off serves as an important tool in understanding that the threat Beijing poses is multi dimensional, and response to it should also be the same. It is hence a must read for those dealing with foreign policy in the government of India, to all in the Indian military fraternity, the think tanks, the educational institutes as also to all China watchers in the lay public.

The reviewer is Director, India Foundation and Editor, Salute Magazine