'BJP wanted me to keep indoors before polls,' says Mamata

'BJP wanted me to keep indoors before polls,' says Mamata 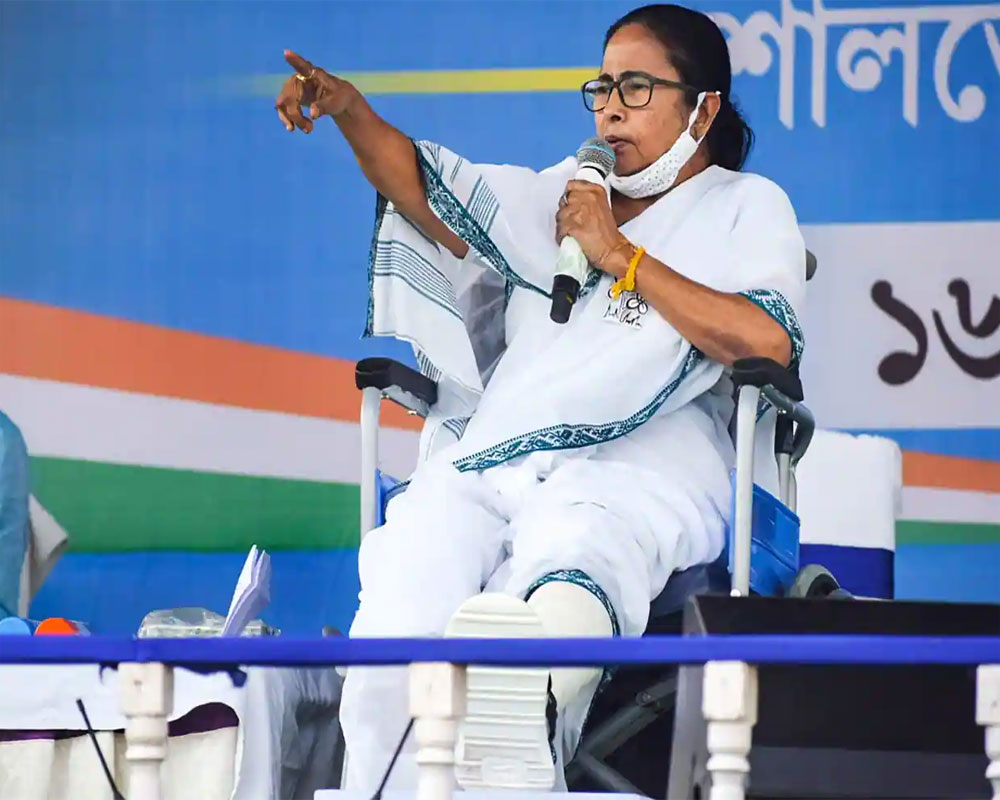 Chief Minister Mamata Banerjee on Wednesday alleged that the opposition BJP wanted her to keep indoors ahead of the West Bengal assembly elections, which apparently resulted in her injury.

Addressing a public meeting in Gopiballavpur in the Jhargram district, Banerjee alleged that earlier it was CPI(M) which used to physically attack her, and now the BJP was doing the same.

"They (BJP) wanted to keep me indoors so that I cannot go out during the elections. They have injured my leg," Banerjee said, addressing the election rally sitting on a wheelchair.

The chief minister had suffered an injury to her left leg at Nandigram on March 10 during a crowd surge as she greeted people from her vehicle with its door open, at a market area.

"They cannot throttle my voice, we will defeat BJP," she said, while urging the people of the region to vote for the TMC candidates.

"Every vote you cast for our candidates will be for me," she added.

Banerjee claimed that though the BJP won the Jhargram Lok Sabha seat in 2019, the party MP did nothing for the area.

She mentioned the schemes launched by her government over the years, reaffirming that if voted to power she will ensure free doorstep delivery of ration.

Jhargram, in the Junglemahal area in the western part of the state, witnessed a BJP wave in 2019 with the party winning four Lok Sabha seats in the region.