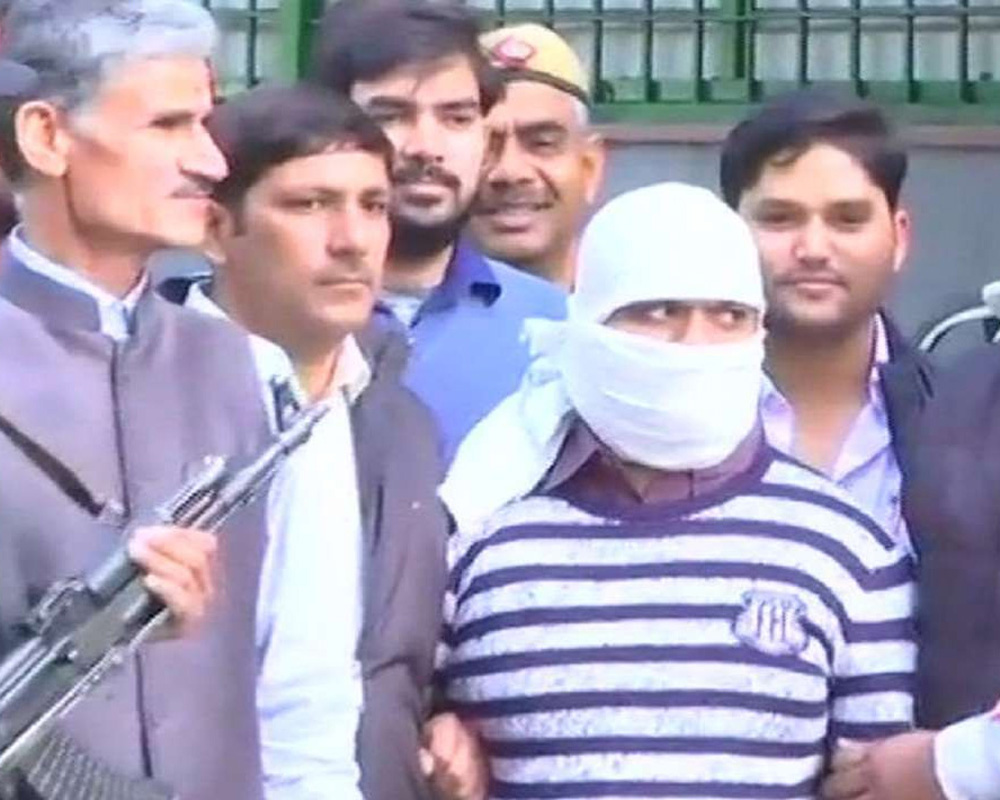 A Delhi court reserved its order on Monday on the quantum of sentence for Ariz Khan, convicted for the murder of police inspector Mohan Chand Sharma and other offences in connection with the 2008 Batla House encounter.

Police sought death penalty for Khan, allegedly associated with the terror outfit Indian Mujahideen, saying it was not just any killing but a murder of a law enforcement officer who was a defender of justice.

Additional Public Prosecutor A T Ansari, appearing for the police, said the case attracts exemplary punishment, which is capital punishment.

The court had said on March 8 that it was "duly proved that Ariz Khan and his associates caused murder of police official and fired gunshot on the police official".

Inspector Sharma of the police's special cell was killed during the 2008 Batla House encounter in Jamia Nagar in south Delhi.

A trial court had sentenced Indian Mujahideen terrorist Shahzad Ahmed in July 2013 to life imprisonment in connection with the case. His appeal against the verdict has been pending in the high court.

Ariz Khan had fled from the spot and was declared proclaimed offender. He was arrested on February 14, 2018, and faced the trial.