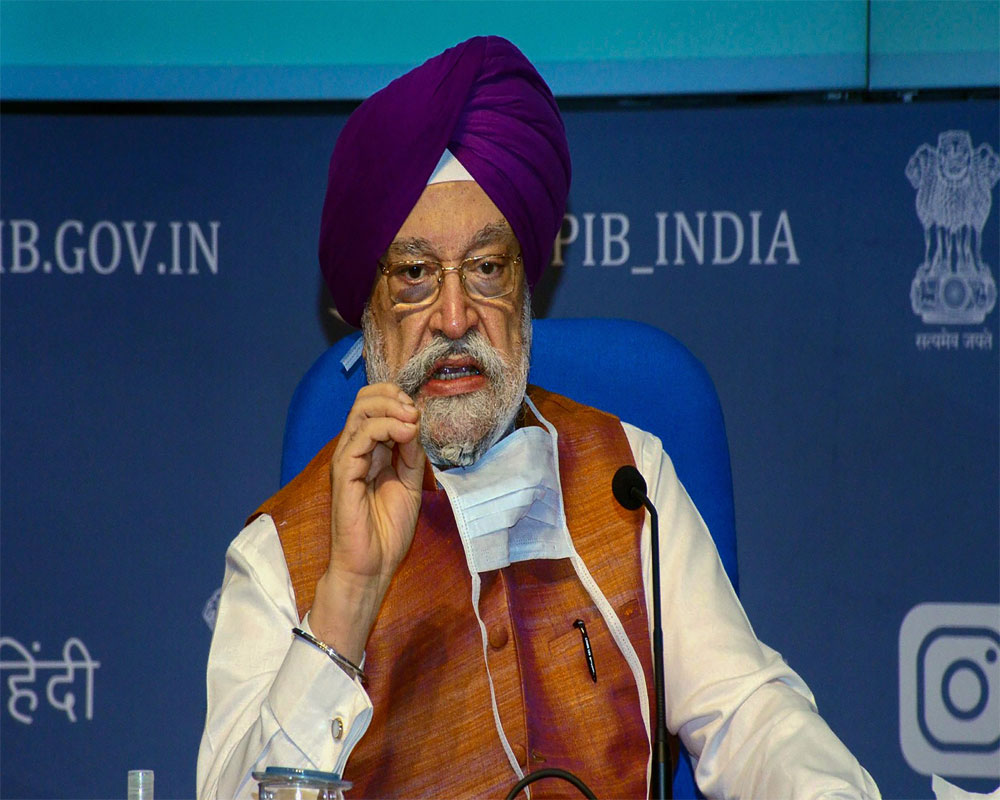 Union Housing and Urban Affairs Minister Hardeep Singh Puri on Wednesday accused the Congress of constructing "substandard" buildings like Krishi Bhawan, Shastri Bhawan and Nirman Bhawan, saying they are not fit for being used as offices.

He was speaking in parliament in response to a query by Congress leader Amee Yajnik on the number of buildings to be demolished during the development of the new parliament building.

"If buildings like Krishi Bhawan, Shastri Bhawan and Nirman Bhawan will have to come down, will you be sorry because you build those buildings and they were substandard buildings. They are not fit for offices," Puri said during Question Hour in the Rajya Sabha.

He said these buildings were build during the Congress regime.

"...We are now going to relocate you. Madam, we will relocate you to a new parliament building where you will have enough space," he told the Congress leader.

On Yajnik's query about a counter-affidavit filed in the Supreme Court regarding the project, the Union minister said there is a "context" to the affidavit and the government would be happy to share the same in detail.

However, so far, the government has obtained necessary approvals for building a new parliament building by 2022 and for the Central Vista Avenue.

The next step is relocation of offices in 90 acres of hutments. During the stage of building a new central secretariat complex, some of the buildings will be demolished, Puri said, adding that not a single historical or iconic building will be removed.

The idea is to bring all offices in the central secretariat complex which will have space for 50,000 people working and connected through an underground shuttle tunnel so that transportation is very easy, he noted.

"We are still to take the final decision. We have a master plan. Each step will be taken with timeline, cost estimate, among others... The construction will be completed in a time-bound manner," the minister added.

Responding to a supplementary on plans to replicate the central vista project at state level as government offices are scattered and working in rental buildings, he said, "Given the federal structure, surely this recommendation would have to come from the state government. So far, no demand has come from any state government on this."

Puri, however, expressed hope that some state governments will draw inspiration and take necessary steps to  make sure that all government buildings, state departments and subsidiary offices are at one place.

On the usage of the old parliament building after the project is completed, he said that it will have to be repaired and made available for alternative uses.

"At this point of time, no comprehensive thought has been given to what precise use the old parliament building will be put to. Several suggestions keep coming, including that there should be an institute for democratic and parliament studies. These are merely suggestions. No decisions have been taken," Puri stated.

In September last year, Tata Projects Limited had won the tender for the construction of the new parliament building.

"We hope that the next Winter Session of parliament will be held in the new parliament building in 2022 which also happens to be the 75th year of Independence,” he added