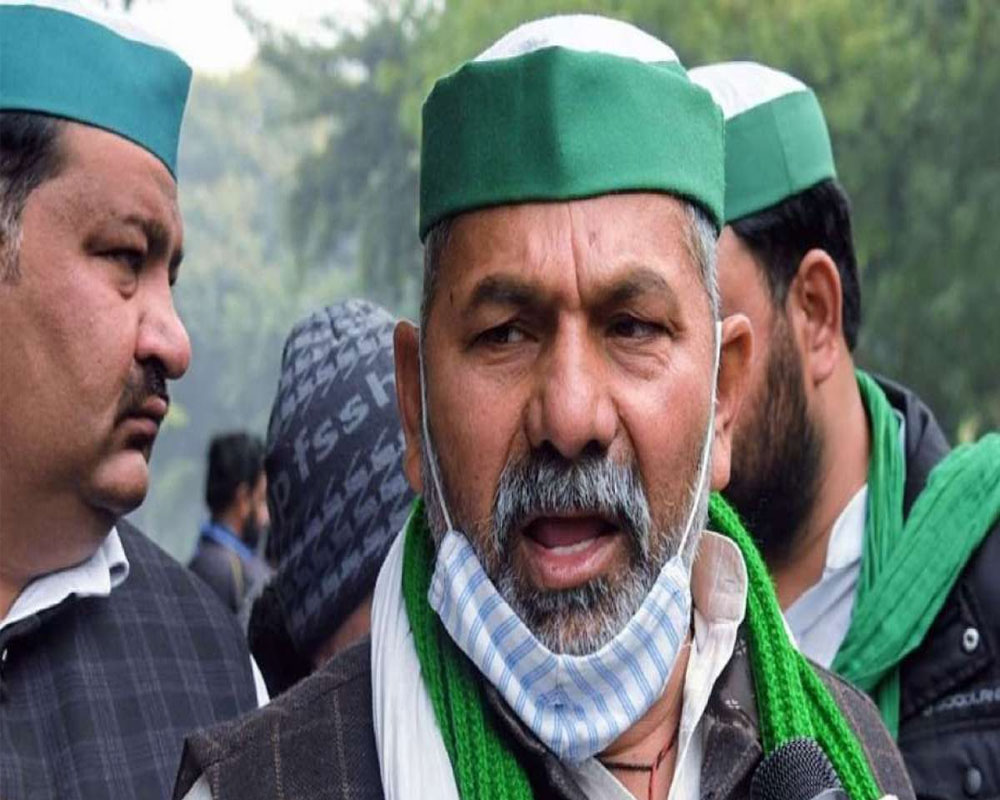 Tikait made the statement while talking to reports here after his recent visit to the poll-bund West Bengal.

“This agitation possibly will stretch up to November or December this year,” he said.

Talking about his Wes Bengal visit, Tikait said during their poll campaigning there, the central government people have been asking farmers to give them one feastful of rice.

“I have advised Bengal farmers to ask grain seekers to fix an MSP of Rs 1850 per quintal for paddy before giving them a single grain of rice,” Tikait told reporters here.

He said after Bengal, he was planning to visit other parts of the country to press for the enactment of a law guaranteeing an MSP for various crops.

“In Bihar, the paddy is currently being bought by traders at an abysmally low rate of Rs 750 to Rs 800 per quintal. I want a law guaranteeing the minimum support price for various crops,” said Tikait.

He said he was not going to sit in Delhi alone but was planning to visit all over the country, including Madhya Pradesh on March 14 and 15, Ganga Nagar in Rajasthan on March 17, Ghazipur's UP Gate border in Delhi on March 18, Odisha on March 19 and Karnataka on March 21 and 22.

During his visit here, Tikait also garlanded a statue of his late father and farmer leader Mahendra Singh Tikait at Tikait Park in Jhalwa near here.

The BKU spokesperson claimed the three central laws will lead to the closure of all small-time neighbourhood shops, leaving only big commercial malls to survive.

“These farm laws will ruin traders and lead to the closure of small business utilities and the collapse of small industries. These laws will bring in big multinational firms like Wallmart," claimed Tikait.

“Had this government belonged to a political party, it would have talked to farmers and resolved the matter,” Tikait said.

“But this government is being run by big business houses. It is bent upon selling the entire country,” he alleged.