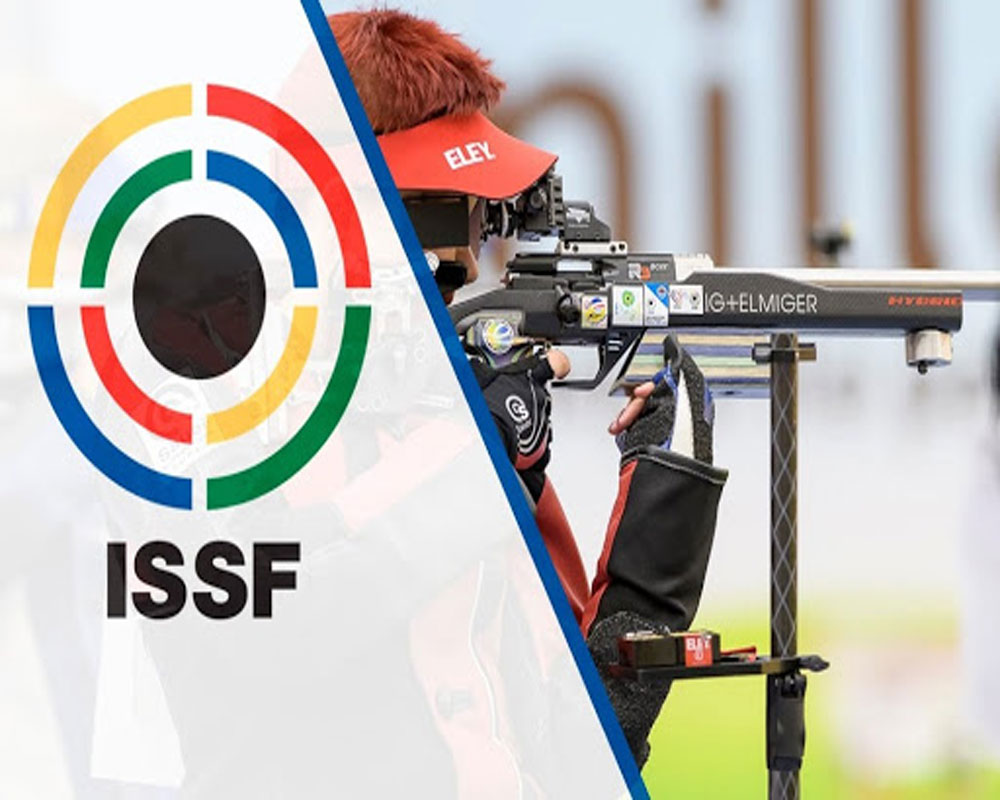 The Indian trio shot a total of 14 in the gold medal round to finish behind the winning team of Lucas Kozeniesky, William Shaner and Timothy Sherry of the United States.

The Indian team qualified second in the race for the gold medal round after shooting 623.4 in the second qualification series behind USA's 625.1

South Korea (621.2), represented by Taeyun Nam, Byounggil Choo and Jae Seung Chung and Iran's Pourya Norouziyan, Hossein Bagheri and Amir Mohammad Nekounam (620.1) played the bronze medal match, with the former finishing third on the podium after the Kenyans did not start.

A total of 294 shooters from as many as 53 countries, including Korea, Singapore, USA, United Kingdom, Iran, Ukraine, France, Hungary, Italy, Thailand and Turkey, are participating in the tournament.

The tournament began on Friday.