Mamata to stage dharna in Kolkata to protest EC's decision

Mamata to stage dharna in Kolkata to protest EC's decision 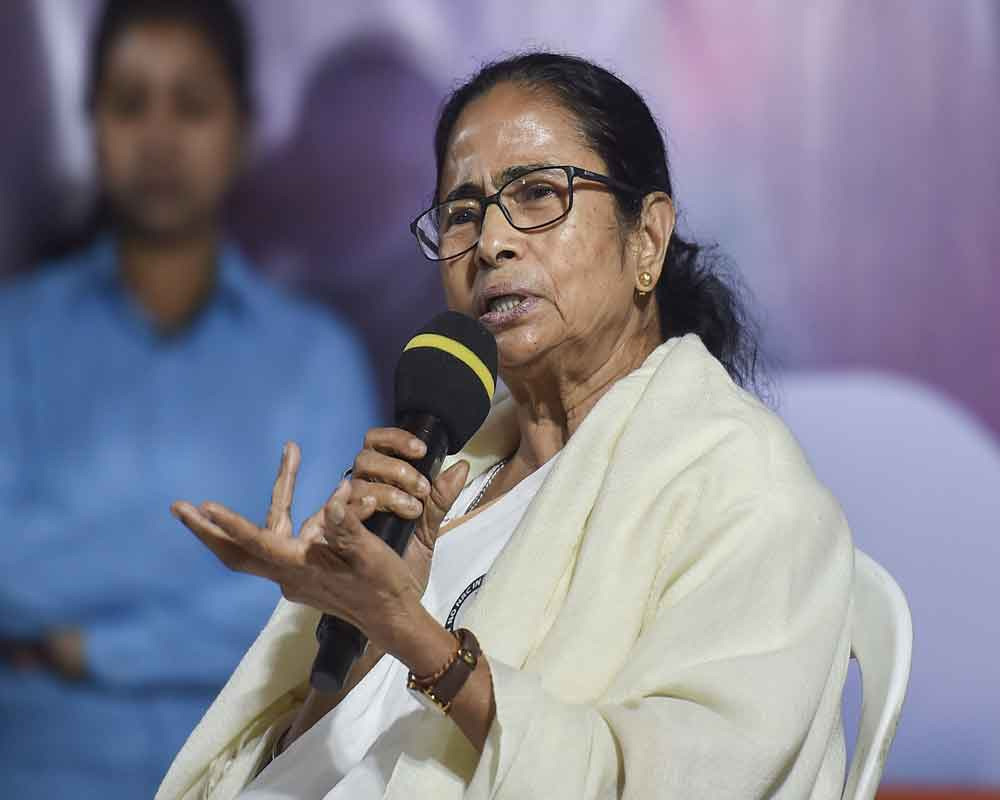 Lashing out at the Election Commission over its decision to bar her from campaigning for 24 hours, West Bengal Chief Minister Mamata Banerjee said she would stage a dharna in the city on Tuesday to protest against the poll panel's "unconstitutional decision".

Taking to Twitter, she wrote, "To protest against the undemocratic and unconstitutional decision of the Election Commission of India, I will sit on dharna tomorrow at Gandhi Murti, Kolkata from 12 noon."

The poll panel's order came after Banerjee's remarks against central forces and a statement which had alleged religious overtones.

"Commission hereby condemns such statements potent with serious law and order problems across the state (s) and sternly warns Mamata Banerjee and advises her to desist from using such statements while making public utterances during the period when Model Code of Conduct is in force," the commission said in its order.

Assembly polls in West Bengal began on March 27, and the remaining four of the eight phases of elections will be held between April 17 and April 29.