No concern regarding safety of Covishield, Covaxin vaccines: Health minister

No concern regarding safety of Covishield, Covaxin vaccines: Health minister 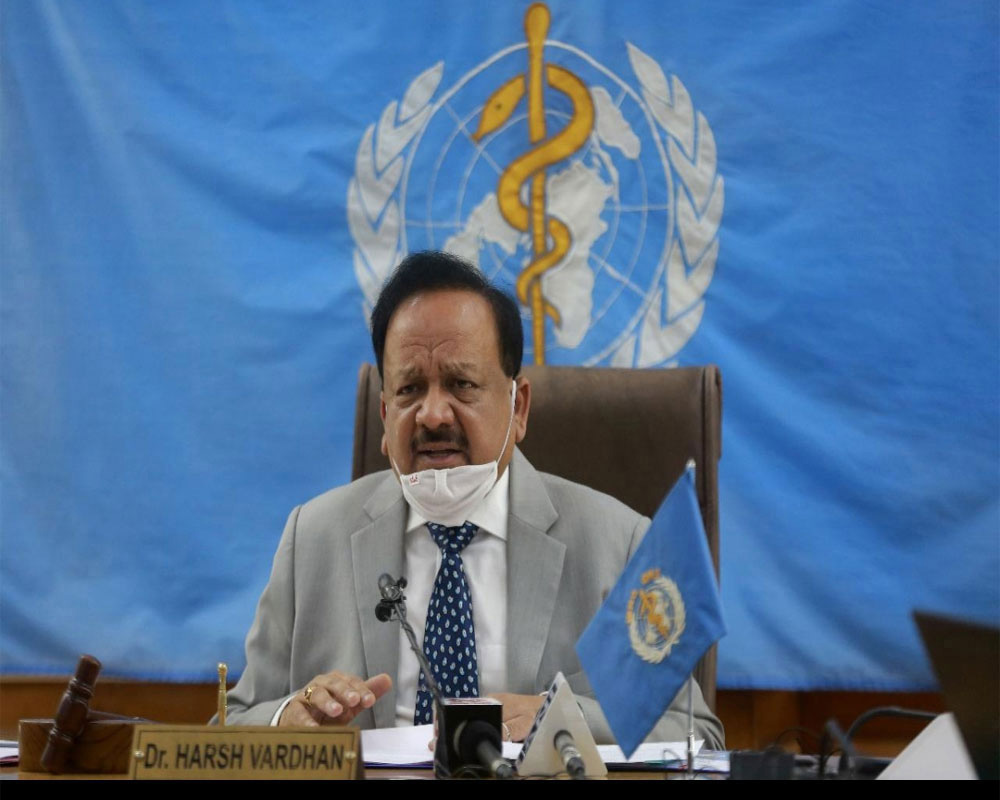 Union Health Minister Harsh Vardhan on Friday said both Covaxin and Covishied are completely safe and immunogenic and as of now, there are no concerns about the safety of these vaccines being used in the country.

He said this at the India Economic Conclave while responding to the growing concerns surrounding Covishield after reports emerged of the vaccine causing blood clots.

Such cases are being examined by the respective governments of the countries where those have emerged. In India, all cases of adverse events following immunisation (AEFI) are monitored through a well-structured and robust surveillance system, Vardhan said.

"The causality assessment of all serious and severe AEFIs is done by the designated AEFI committee to determine if the event is related to the vaccine or the vaccination process or otherwise. Till date, according to current evidence, no significant adverse event following immunisation has been reported in India.

On the vaccine-related side effects, Vardhan said of the total number of beneficiaries inoculated against COVID-19 in the country, the percentage of those who have reported serious AEFIs is 0.0002, "which is very less".

These "select few cases" do not call for generalisation and their cause and effect need to be established, he said, adding, "We are taking cognisance of all scientific evidence while undertaking the causality assessment of AEFIs."

The health minister asserted that the vaccines are effective against SARS-CoV-2 and its current variants and that the government is keeping a watch on the evolving scenario.

According to the available scientific evidence, the vaccination programme will be strengthened further, he said.

Responding to concerns regarding a low coverage of the eligible beneficiaries and vaccine hesitancy, Vardhan said the ongoing vaccination drive has a crucial role in the country's pandemic response by protecting those at the highest risk of mortality due to COVID-19.

The coverage of the second dose of the vaccines among healthcare workers is 76.88 per cent and among frontline workers, it is 71.94 per cent, which is adequate, he added.

"The remaining healthcare workers and frontline workers will eventually be getting vaccinated according to their schedule. Further, the time interval between the two doses of Covishield has been increased to four to eight weeks, which could give a false impression of a low second-dose coverage, which is not true.

"Vaccination of the priority age groups of above 60 years and above 45 years with specified comorbidities started from March 1 and their second dose will be due in April. This may again give a false impression of a low second-dose coverage. The government is keeping a close watch on the number of beneficiaries being vaccinated each day and the number of people in the prioritised age groups vaccinated till date. We are also ensuring the supply of vaccines to the states in accordance with their per day vaccination capacities," the minister said.

He highlighted that India's communication strategy is adequately prepared to sustain vaccine confidence and address any vaccine hesitancy among the population.

The same is being implemented across the states and Union territories. The Communications National Media Rapid Response cell has been established at the health ministry for an early identification of any misinformation or rumour and countering the same with correct information.

Frequently asked questions (FAQs) for the public and healthcare and frontline workers have been framed and widely disseminated, experts have been identified for writing newspaper articles to build vaccine confidence. Fact-checking videos by key experts have also been prepared and disseminated to provide correct and factual information to people, the minister said.

Reiterating the clarion call of the prime minister to make the vaccination drive a "jan andolan" (people's movement), he said, "The ongoing vaccination drive is being strengthened on a daily basis to increase the number of vaccines administered each day. All stakeholders are involved in the drive to make it a 'jan andolan."

The health minister further informed that around six vaccines are in different stages of trial and will be granted permission as and when they complete all the statutory requirements.