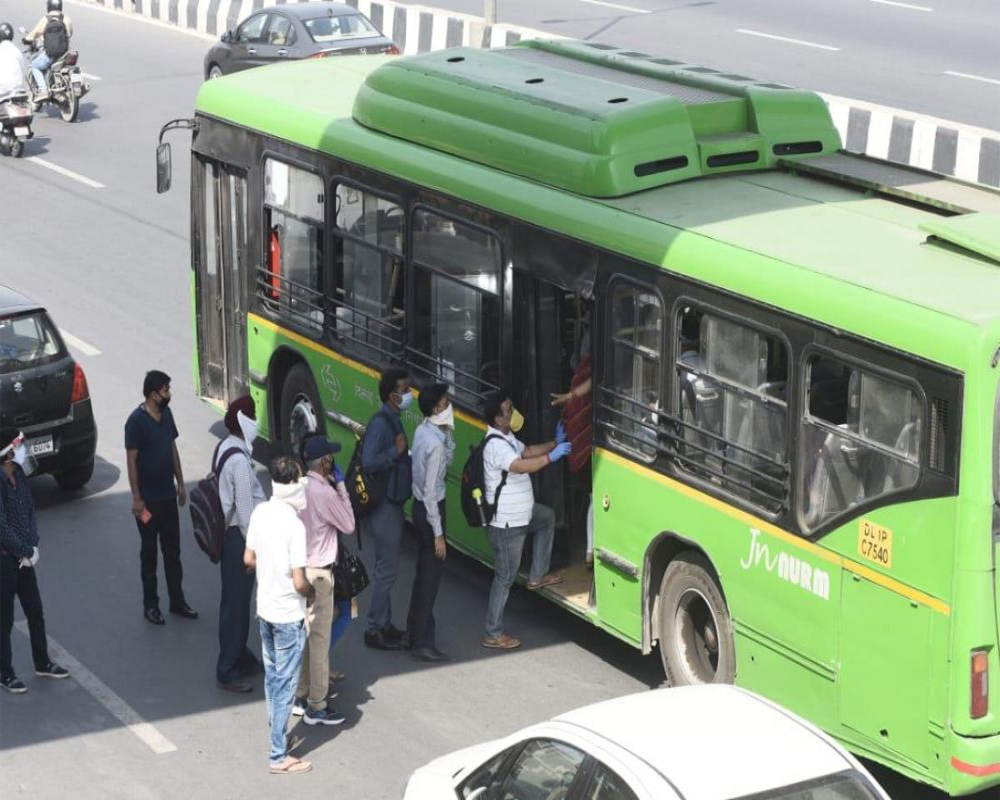 Offices, metro and bus services in Delhi operated with 50-per cent capacity on Monday following the restrictions imposed by the AAP dispensation in view of the surge in COVID-19 cases in the national capital.

The Delhi Disaster Management Authority (DDMA) had on Saturday night ordered the prohibition of all types of gatherings, a reduced number of people at weddings and funerals, running of public transport at half of their seating capacity and a scaled down presence in government offices.

On the first working day after the restrictions were imposed, the crowds in buses and metro were restricted, which led to crowding at bus stands and metro stations.

Transport officials said people themselves are taking precautions, yet they are fully implementing the COVID-19 restrictions of allowing only half the number of passengers than the seating capacity in buses.

"Reports of a few passengers in many buses have been received, although some people have to wait at the bus shelters due to the restriction on the seating capacity. Buses are running with a few passengers or vacant, barring some routes," a Delhi Transport Corporation (DTC) official said.

About people being forced to wait at some places due to the seating restriction, the officer said it was a demand-and-supply problem, which was natural to occur as less people are allowed in the buses to maintain social distancing.

The Delhi Metro Rail Corporation (DMRC) authorities said they are not allowing crowding either in the coaches or on the platforms.

"We already have a lot of infection-containment measures in place since we resumed the services last September. We are going to make our measures even more stringent now to ensure there is no crowding in the coaches or at the platforms and things are in accordance with the latest government norms," a DMRC official said.

"Many of the gates that have been kept closed at various stations will remain so and alternate seating and spacing among commuters while standing will also be ensured more effectively now.

"Out-flying squads are checking compliance on a daily basis and penalising the violators," he added.

Delhi recorded 10,774 fresh COVID-19 cases on Sunday, the highest single-day surge in the national capital till date, according to data shared by the health department.

Chief Minister Arvind Kejriwal said the COVID-19 situation in Delhi is "very serious" and issued a stark warning not to step out of homes unless it is urgent.