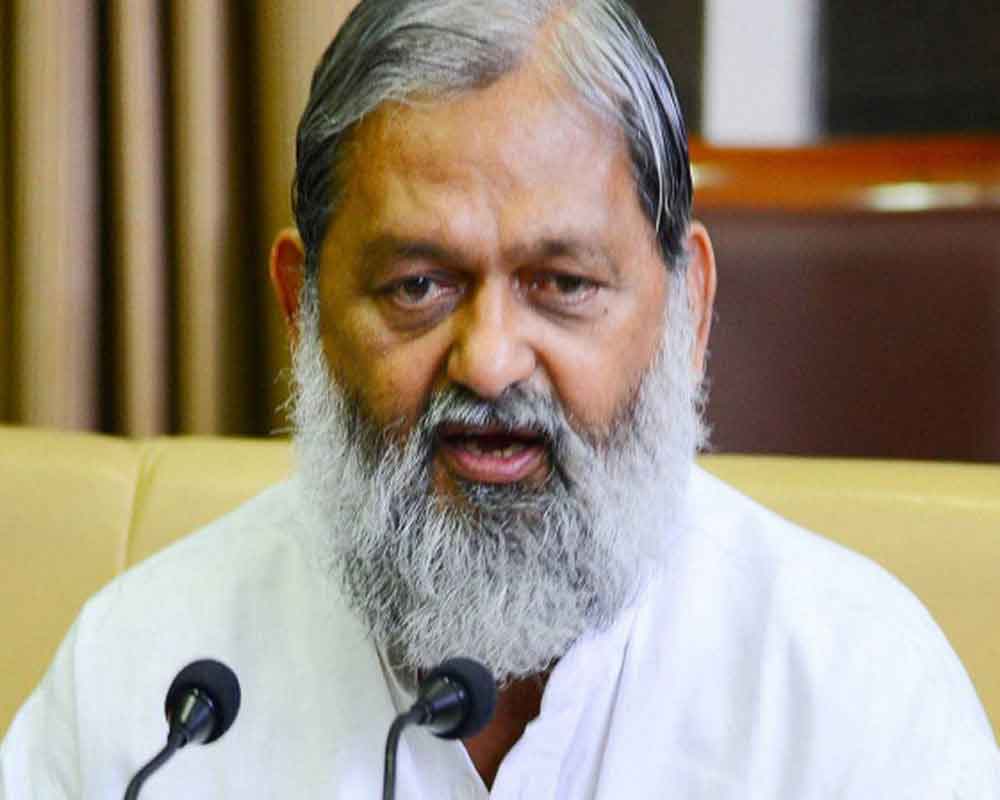 A day after police booked six people in connection with the alleged rape of a West Bengal woman who had come to join the farmers' stir at the Delhi's Tikri border, Haryana Home Minister Anil Vij said the culprits won't be spared.

The 25-year-old woman was allegedly raped by two men who had come to the protest site with her from West Bengal last month. She had died on April 30 after she was admitted to a Jhajjar hospital following COVID-like symptoms.

Police have booked six people, including two prime accused, in the case involving charges of kidnapping, molestation, rape and criminal intimidation following a complaint from the woman's father.

Reacting to the issue, Vij told reporters in Ambala that the culprits won't be spared. "Action as per law will be taken against those found involved in the case," he said.

The woman's father said his daughter told her to ensure that the key accused are punished. The complainant alleged the his daughter was also molested on the train, which they had taken for their journey to Delhi from West Bengal.

Shortly after the FIR was registered, the Samyukta Kisan Morcha, an umbrella body of farmers' unions spearheading the stir against Centre's farm laws, said it had zero tolerance towards violence against women.

In a statement, the outfit had said the incident of sexual harassment and assault against the woman has been reported on social media sites and the farmers' group wanted to make it clear that strict action should be taken against those found guilty.

“The Samyukta Kisan Morcha (SKM) makes it abundantly clear that it stands with the struggle for justice for our deceased woman colleague,” it had said.

The farmers' body said they have already barred the accused from taking part in the stir and an appeal has been made for their social boycott.