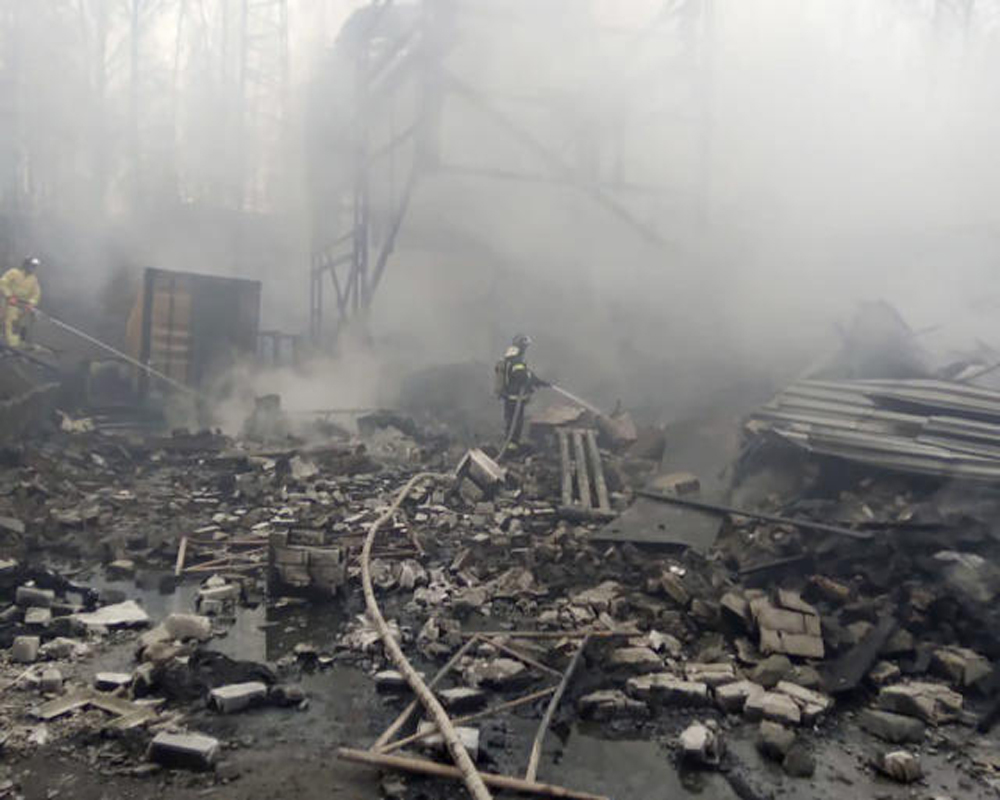 An explosion and fire at a gunpowder factory in Russia on Friday killed 16 people, officials said.

The Emergency Situations Ministry said the explosion hit the Elastik factory in the Ryazan region, about 270 kilometers (about 167 miles) southeast of Moscow.

Officials initially said that the blast killed seven people and left nine missing, but hours later announced that all those missing were dead. One person was hospitalised with serious injuries, according to local officials.

The ministry said 170 emergency workers and 50 vehicles were involved in dealing with the fire.

The Emergency Situations Ministry said the blast was caused by an unspecified failure during the production process.