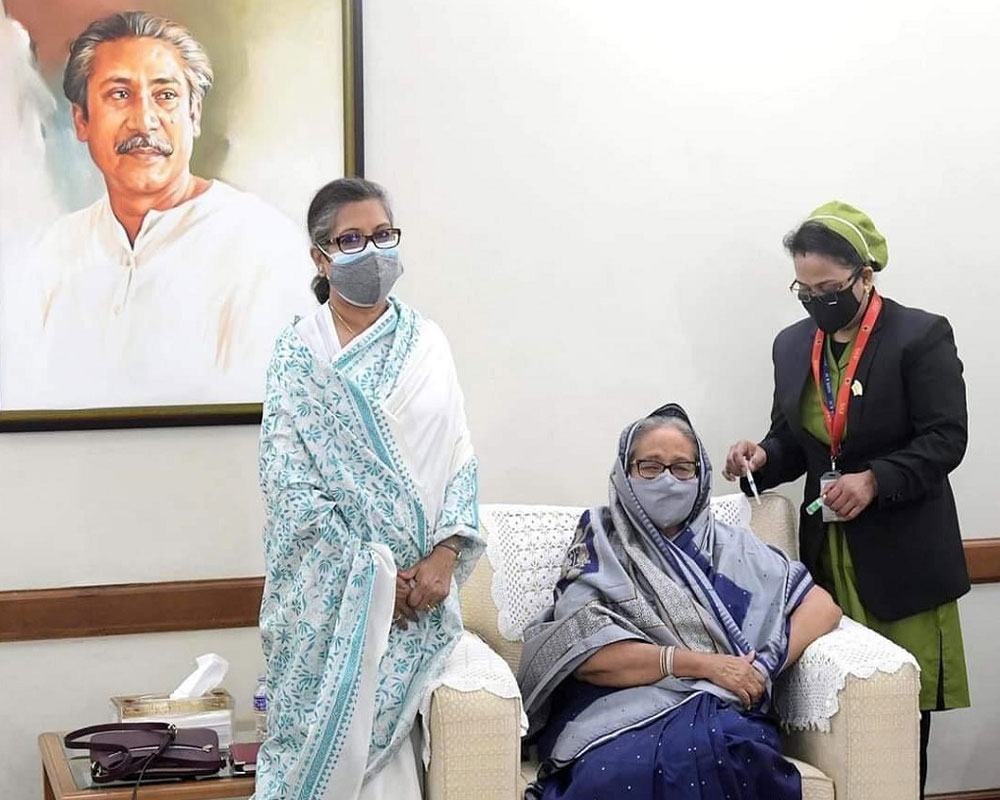 Prime Minister Hasina, 73, received her first shot of COVID-19 vaccine at her official residence, Ganabhaban, in Dhaka and sister Sheikh Rehana was by her side at the time, the bdnews reported.

Hasina's Press Secretary Ihsanul Karim confirmed that she was vaccinated on Thursday afternoon, but no detail was given about the vaccine she was given.

The vaccination drive began in Bangladesh with a nurse given the first shot at Kurmitola General Hospital in Dhaka on January 27. The prime minister had inaugurated the programme.

The government launched the mass vaccination campaign on February 7 after a dry run. More than 518,000 people have taken their first doses of the vaccine.

Bangladesh on January 21 received as a gift from India two million doses of the AstraZeneca-Oxford University vaccine manufactured under license by the Serum Institute of India.

The first consignment of 5 million of the 30 million doses of the COVISHIELD vaccine the Bangladesh government purchased from the Serum Institute of India landed in Dhaka on January 25.

Meanwhile, the COVID-19 death toll in the country climbed to 8,435 after seven fatalities were registered in the 24 hours, according to the data released by the government.

Another 841 people recovered from COVID-19 through treatment at home and in hospital care in the same period, bringing the tally of recoveries to 500,468. As many as 15,985 samples were tested across the country in the last 24 hours, with a positivity rate of 3.87 per cent.

The latest official figures put the recovery rate at 91.23 per cent, while the mortality rate stands at 1.54 per cent.