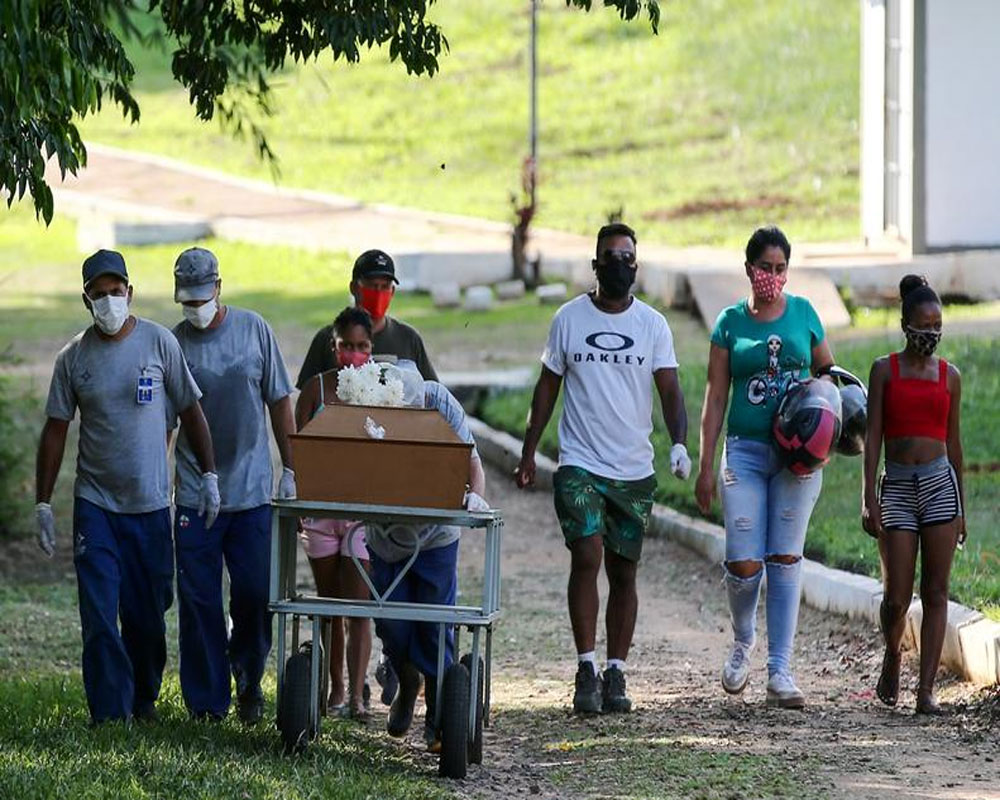 Brazil reported a 24-hour tally of COVID-19 deaths exceeding 4,000 for the first time, becoming the third nation to go above that daily threshold.

Many governors, mayors and judges are reopening parts of the economy despite lingering chaos in overcrowded hospitals and a collapsed health system in several parts of the country.

Brazil's health ministry on Tuesday said 4,195 deaths were counted in the previous 24 hours, with the nation's pandemic toll quickly approaching 340,000, the second highest in the world. Only the US and Peru have had daily death tolls higher than 4,000.

Sao Paulo state, Brazil's most populous with 46 million residents, registered almost 1,400 deaths in the latest count. Health officials said the figure was partly due to the Easter holiday, which delayed the count.

Local authorities nationwide argue that numbers of cases and hospitalizations are trending downward after a week of a partial shutdown.

Miguel Lago, executive director of Brazil's Institute for Health Policy Studies, which advises public health officials, said reopening is a mistake that he fears will bring even higher death numbers, though he thinks it unlikely to be reversed.

"The fact is the anti-lockdown narrative of President Jair Bolsonaro has won," Lago told The Associated Press.

"Mayors and governors are politically prohibited from beefing up social distancing policies because they know supporters of the president, including business leaders, will sabotage it."

Bolsonaro, who has long downplayed the risks of the coronavirus, remains fully against lockdowns as damaging to the economy.

COVID-19 patients are using more than 90 per cent of beds in intensive care unit in most Brazilian states, though figures have been stable since the past week. Still, hundreds are dying as they wait for care and basic supplies such as oxygen and sedatives are running out in several states.

Less than 3 per cent of Brazil's 210 million people have received both doses of coronavirus vaccines, according to Our World in Data, an online research site.

Over the weekend, justices of Brazil's Supreme Court started a tug of war about the reopening of religious buildings, which were closed by many local authorities despite a federal government decision to label them as part of essential services.

Some churches welcomed their faithful on Easter Sunday, but others were stopped by mayors and governors. Their reopening will be settled at the high court Wednesday, but some local councils, such as Belo Horizonte, voted Tuesday to keep religious buildings open.

Also on Tuesday a Rio de Janeiro judge allowed schools to reopen as Mayor Eduardo Paes wanted. Hours later, the mayors of Campinas and Sorocaba, two of the most populous cities in Sao Paulo state, agreed to reopen business with a drive-thru purchase system after a 10-day halt.