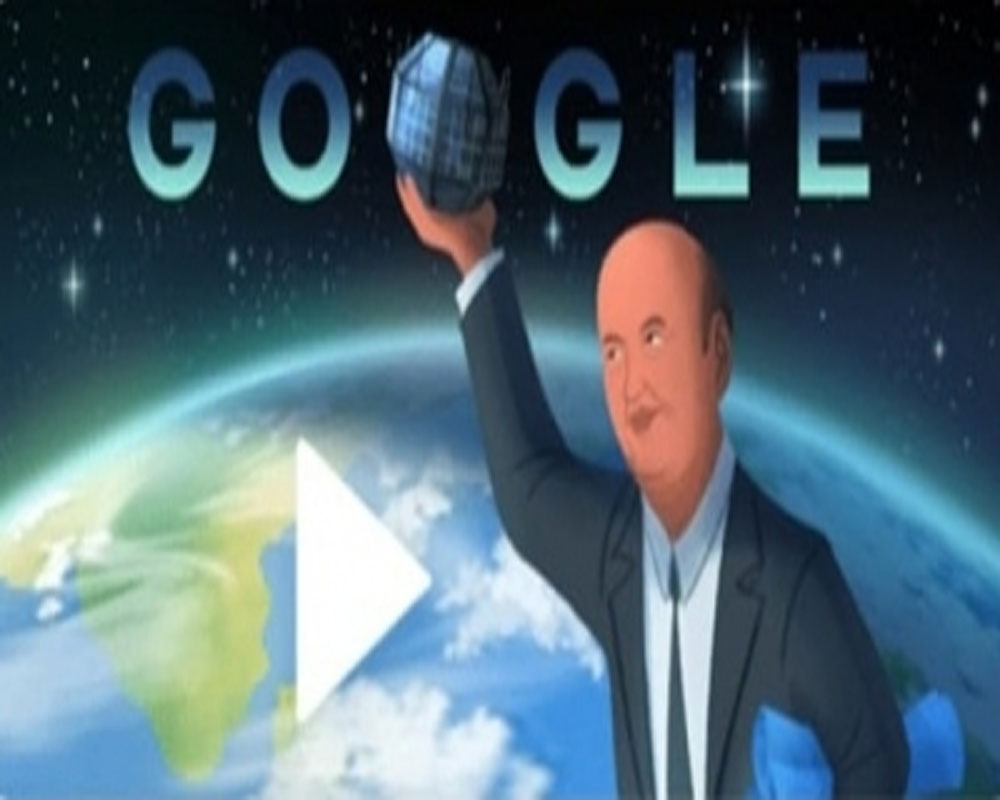 Google on Wednesday honoured India's "Satellite Man" and renowned scientist late Udupi Ramachandra Rao with a Doodle showing him with a background of the earth and shooting stars, saying that his "stellar technological advancements continue to be felt across the galaxy".

Rao started his career as a cosmic ray scientist and worked under the father of the Indian space programme, Dr. Vikram Sarabhai at Massachusetts Institute of Technology (MIT) in the US.

In association with the NASA's Jet Propulsion Laboratory group, Rao was the first to establish the continuous nature of the solar wind and its effect on geomagnetism using Mariner 2 observations.

Rao's experiments on a number of Pioneer and Explorer spacecraft led to a complete understanding of the solar cosmic-ray phenomena and the electromagnetic state of the interplanetary space.

He was also the Chairman of the Governing Council of the Physical Research Laboratory at Ahmedabad and Nehru Planetarium at Bengaluru and chancellor of the Indian Institute for Space Science and Technology (IIST) at Thiruvananthapuram.

Rao was inducted into the Satellite Hall of Fame, Washington, in 2013 at a ceremony by the Society of Satellite Professionals International. With this, he became the first Indian to be inducted in that category.

He also became the first Indian space scientist to be inducted into the Prestigious "IAF Hall of Fame" at Guadalajara, Mexico.