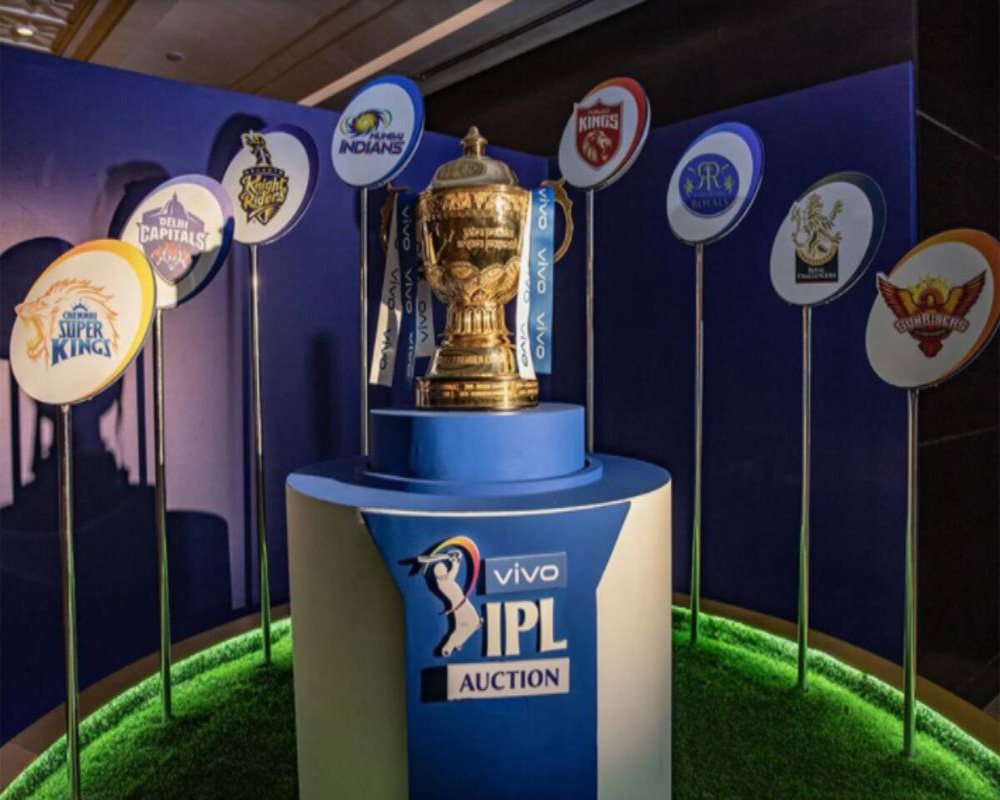 The 2021 edition of the Indian Premier League (IPL) will begin on April 9, exactly 12 days after the Indian cricket team completes its ongoing assignment against England, a BCCI source revealed on Saturday.

The third and last match of the ODI series against England will be held on March 28 in Pune. The duration of the popular T20 league has been fixed keeping in mind India's international schedule.

"We have provisionally decided that IPL will start on April 9 and end on May 30," a senior BCCI source told PTI.

"The formal approval of dates and venues will be done during Governing Council meeting next week," the source added.

Considering the prevailing circumstances when efforts are being made to minimise the impact of the COVID-19 pandemic, the BCCI has decided to host IPL matches in five cities -- Chennai, Kolkata, Bengaluru, Delhi and Ahmedabad.

The city of Mumbai will have to get clearance for hosting matches as the state of Maharashtra has seen a spurt in cases of late.

The allotment of matches to Chennai and Kolkata would be done, keeping in mind the state Assembly election scheduled there in the next few weeks.

Mumbai Indians had won the 2020 edition that was held in the UAE in a bio-secure bubble.

Also, the Asia Cup, that was scheduled in June this year in India, stands cancelled " now that India have qualified for the World Test Championship final, courtesy their 3-1 series win over England."

India beat England by a comprehensive margin of an innings and 25 runs on Saturday in the fourth and final Test to finish on top of the ICC Test championship table with 520 points. They will take on New Zealand in June at the Lord's for the inaugural title.