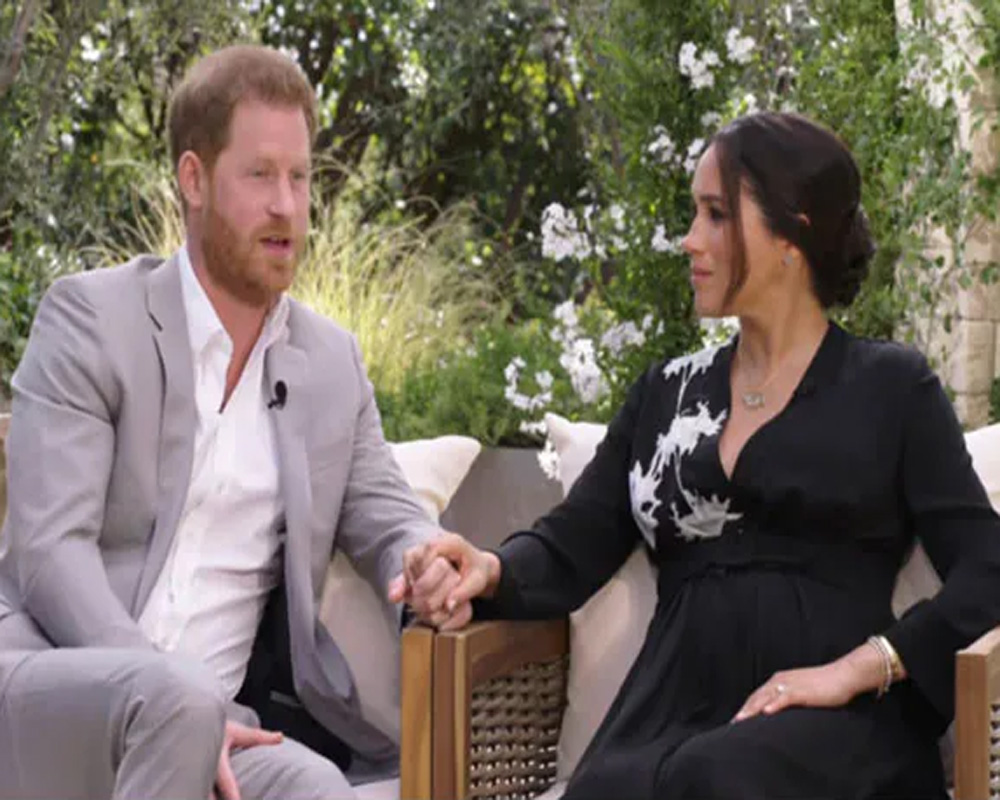 Meghan Markle told Oprah Winfrey that she realised soon after marrying Prince Harry that the institution of the royal family would not protect her.

In their pre-taped interview on Sunday night, Meghan told Winfrey that “not only was I not being protected, but they were willing to lie to protect other members of the family, but they weren't willing to tell the truth to protect me and my husband.” She did not give specific examples.

She said when she was first pregnant with son Archie, there were “concerns and conversations about how dark his skin might be when he's born.” The statement led Winfrey to ask “What,” incredulously and sit in silence for a moment.

Meghan declined to say who had this conversation with Harry that he relayed to her, saying revealing their name would be “very damaging.”

Meghan also said she was stunned when she was told he would not be a prince and would not receive security from the palace.

Meghan said she did not worry about being a divorced, mixed-race American actress entering the British royal family, but later she “thought about it because they made me think about it.”

Meghan said it was not so much the royal family members themselves who treated her this way, but the people behind the institution.

She emphasised that the queen herself “has always been wonderful to me.”

Meghan Markle told Oprah Winfrey that she didn't “fully understand what the job was” when she married Prince Harry.

Winfrey's hotly anticipated two-hour pre-recorded interview with the Duke and Duchess of Sussex began its airing on CBS in the US on Sunday night, with Meghan sitting alone with Winfrey.

The two talked about the early days before the royal marriage, with Meghan saying “there was no way to understand what the day-to-day was going to be like.

"That's what was really tricky over those past few years, is when the perception and the reality are two very different things," Meghan said. “And you're being judged on the perception, but you're living the reality of it.” Meghan also revealed that she and Harry were technically married a few days before the ceremony watched by the world.

After a brief intro with Winfrey narrating a recounting of the couple's wedding and subsequent announcement that they were stepping down from their royal duties, Meghan walked into the backyard garden setting of the interview.

“You really are having a baby!” Winfrey shouted when she saw Meghan's baby bump under her black empire-style dress.

Meghan said she would reveal the sex of the baby later in the interview when Harry joined them.

Winfrey and Meghan said they were at the home of a friend of Winfrey's because they liked the setting.

They clarified that no questions would be off limits and that Meghan and Harry would not be paid for the interview.