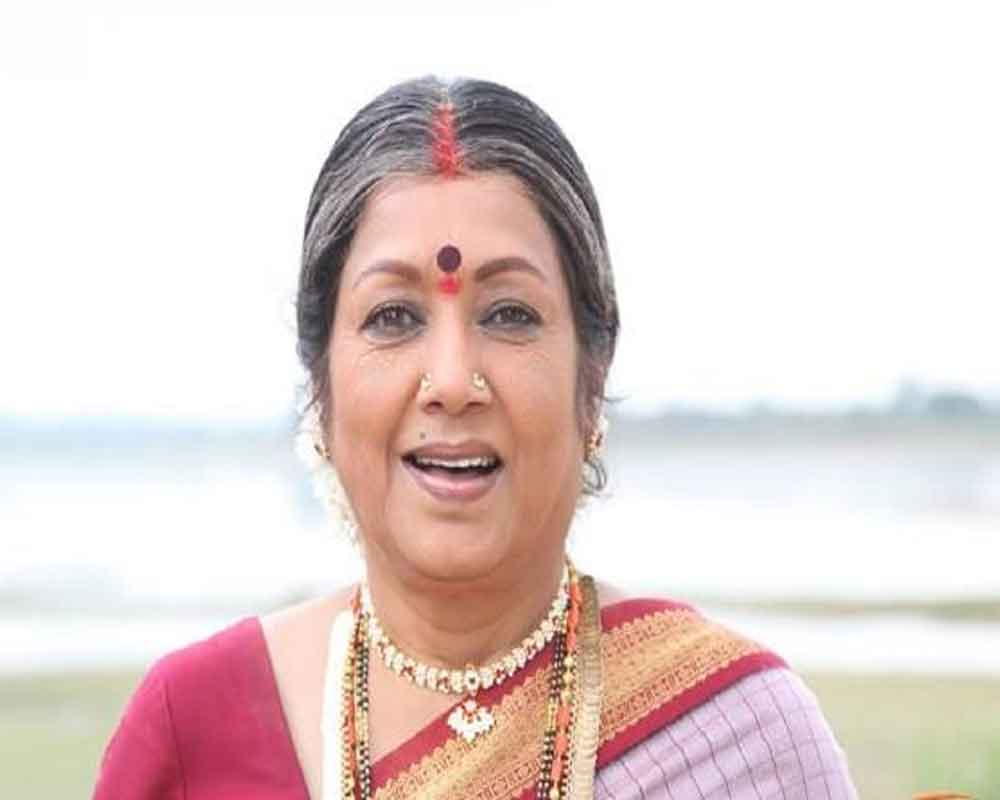 Eminent multi-lingual film Actress Jayanthi, who had acted in more than 500 films in her close to five decades of career in the tinsel town, passed away on Monday, her family sources said.

The 76-year old, who acted in movies in five languages, was suffering from age-related ailments and was undergoing treatment for quite some time, they added.

Born Kamala Kumari to an English professor Balasubramanyam and Santhanalakshmi on January 1945 in Ballari, Jayanthi made her debut with 'Jenu Goodu', which was a commercial success.

She then acted in 'Chandavalliya Thota' opposite Kannada matinee idol Dr Rajkumar, which was a grand success.

Since then, there was no looking back.

She had paired opposite Rajkumar in over 40 movies, most of which were grand success.

She made an indelible mark in the Telugu film industry and had acted with iconic Telugu actor, N T Rama Rao who later became the Chief Minister of Andhra Pradesh, and gave many hit movies including 'Jagadeka Veeruni Katha', 'Kula Gauravam', 'Kondaveeti Simham' and 'Justice Choudhari'.

During her stint in Tamil movies, she had acted with legendary actors Gemini Ganeshan, M G Ramachandran, Muthuraman and Jaishankar and gave many hits such as 'Padagoti', 'Mugaraasi', 'Kanna Nalama', 'Punnagai', 'Velli Vizha' and 'Iru Kodugal'.

Condoling her death, Chief Minister B S Yediyurappa tweeted, "I am deeply saddened by the news about the demise of renowned veteran artist, Jayanthi. Her contribution to the film industry is immense, and her demise has caused an irreparable loss to the Kannada film industry. I pray to God to bless her soul give his family members and her admirers the power to bear the loss."