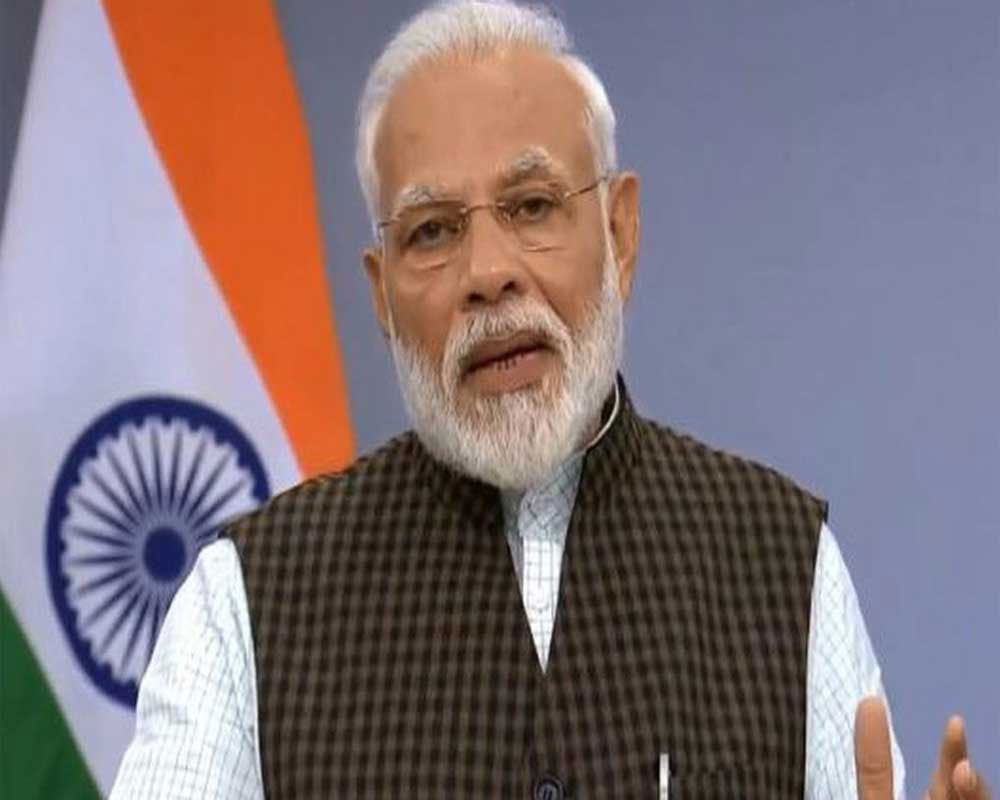 Prime Minister Narendra Modi was the most-watched personality on television in India last year, according to the annual TV viewership report for 2019-2020 by Broadcast Audio Research Council (BARC). PM Modi's public addresses regarding the ongoing Covid pandemic, and his also his speeches focussing on a range of issues -- from India being at the forefront of exporting Covid-19 vaccines to the ongoing farmer protests.

Broadly, here are the top three trends that one can spot in the report:

"Whether they are his interviews, speeches at global events, addresses to the nation or even a wildlife adventure show, channels that broadcast the content see their viewership leapfrog and set new levels," the report stated, explaining the impact PM Modi had.

Notably, PM Modi's speech at Red Fort, which was over two hours long, with 133 million viewers, saw a rise by 40 per cent, compared to his Independence Day speech in 2019.

The Prime Minister's speech on March 24, 2020, where he announced the first lockdown, saw more viewing minutes than any of his previous addresses.

His address to nation in April 2020, where he announced a relief package of RS 20 lakh crores, became the most watched address with over 203 million viewers tuning in.

"Each time PM Modi's coronavirus-related addresses were aired, there was a noticeable drop in the viewership of major genres like General Entertainment Channels (GEC), Movies and Kids," the report said.

His call for solidarity by switching off lights for nine-long minutes, reflected in 60 per cent decline in TV viewership during those nine minutes.

The report also notes that due to the pandemic, and following an increasing curiosity about government measures and announcements, the share of news in total TV viewership tripled as compared to the yearly growth of seven per cent previously.

Last year, "the viewership contribution of mythological shows to Hindi GEC genre spiked from a mere 14 per cent to 43 per cent by week 15, 2020". The fact that no new content was being created because of Covid guidelines, archived content made a huge comeback and Doordarshan (DD) was probably the biggest benefactor.

The channel's decision to re-telecast "Ramayan" and "Mahabharat", and other popular TV shows of the eighties and the nineties, saw the total viewership of the channel grow by 68 per cent last year.

Unlike the GECs, which suffered an initial loss due to lack of original content, BARC notes that the Movies as a channel genre didn't face any hiccups, and these saw a growth by 10 per cent over the viewership of 2019.

"Regional movies genre posted a higher growth than their Hindi counterpart, although Hindi language genre accounted for close to 60 per cent of total movie genres viewership. Apart from Hindi, the other major markets for the genre were Telugu, Tamil and Kannada," the report stated.

However, the report also suggests that lack of original content meant a reduced share for GEC content in the first half the year. It became a normal, post July, once the lockdown restrictions were eased.