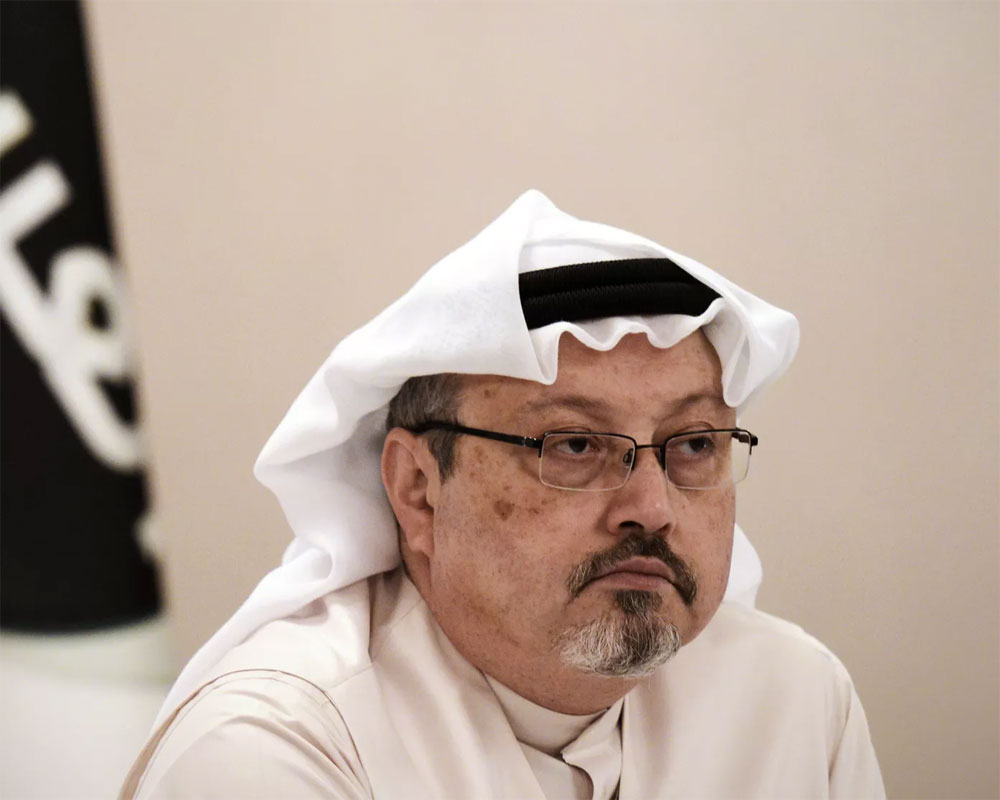 Saudi Arabia's UN ambassador on Monday disputed the US intelligence report which concluded that the Saudi crown prince approved an operation to kill or capture dissident journalist Jamal Khashoggi, saying in a tweet: "Let us all move forward to tackle the serious business of world issues!!"

Abdallah Al-Mouallimi said the newly declassified Central Intelligence Agency report "is based on could've, should've and would've and does not rise to anywhere close to proving the accusation beyond reasonable doubt."

Though intelligence officials stopped short of saying Crown Prince Mohammed bin Salman ordered Khashoggi's murder in October 2018, the four-page document described him as having "absolute control" over the kingdom's intelligence organizations and said it would have been highly unlikely for an operation like the killing to have been carried out without his approval.

Al-Mouallimi said in a series of tweets that “the Prince courageously accepted moral responsibility, presented the accused to the justice system, and pledged to reform the intelligence organizations. Case closed!"

The document released last Friday echoed what has long been known about the killing: a 15-member Saudi team, including seven members of the prince's elite personal protective team, arrived in Istanbul, Turkey and were at the Saudi consulate where Khashoggi, a US-based journalist, had gone to the Saudi consulate to pick up documents needed for his wedding.

Once inside, it said, he died at the hands of more than a dozen Saudi security and intelligence officials and others. Surveillance cameras tracked his route and those of his alleged killers. A Turkish bug planted at the consulate reportedly captured the sound of a forensic saw, operated by a Saudi colonel who was also a forensics expert, dismembering Khashoggi's body within an hour of his entering the building.

The whereabouts of Khashoggi's remains are unknown, and the Saudis have not released the names of those tried and sentenced.

In his tweets, ambassador Al-Mouallimi rebutted the CIA finding that the 35-year-old crown prince "must've known because he controls the intelligence system."

"If this is a valid argument why weren't the (US) President, Vice President, and the Secretary of Defense held accountable for the Abu Ghraib crimes?," he asked, referring to the Iraqi prison where photos became public in 2004 showing US soldiers abusing detainees.

The Saudi ambassador also dismissed a claim that the prince "is 'obsessed' with capturing Saudi dissidents and bringing them home," saying "some dissidents ... Have been living comfortably abroad and still do, courtesy of foreign intelligence."

The CIA report ratcheted up pressure on the Biden administration to hold the kingdom accountable for a murder that drew worldwide outrage.

White House press secretary Jen Psaki was pressured on Monday to explain why a senior Saudi intelligence official and the entire Saudi Rapid Reaction Force, which engages in counter-dissident operations including against Khashoggi, had been sanctioned -- but not the crown prince, which has sparked anger from some members of Congress and Khashoggi supporters.

She said the national security team "believes that going after the network responsible for these actions is the best way to prevent a crime like this from ever happening again," which is the administration's "objective."

Psaki reiterated that historically the US doesn't sanction leaders of foreign governments it has diplomatic relations with, but she said when asked whether the administration reserves the right to sanction the crown prince in the future if deemed necessary: "Of course, we reserve the right to take any action at a time and manner of our choosing."