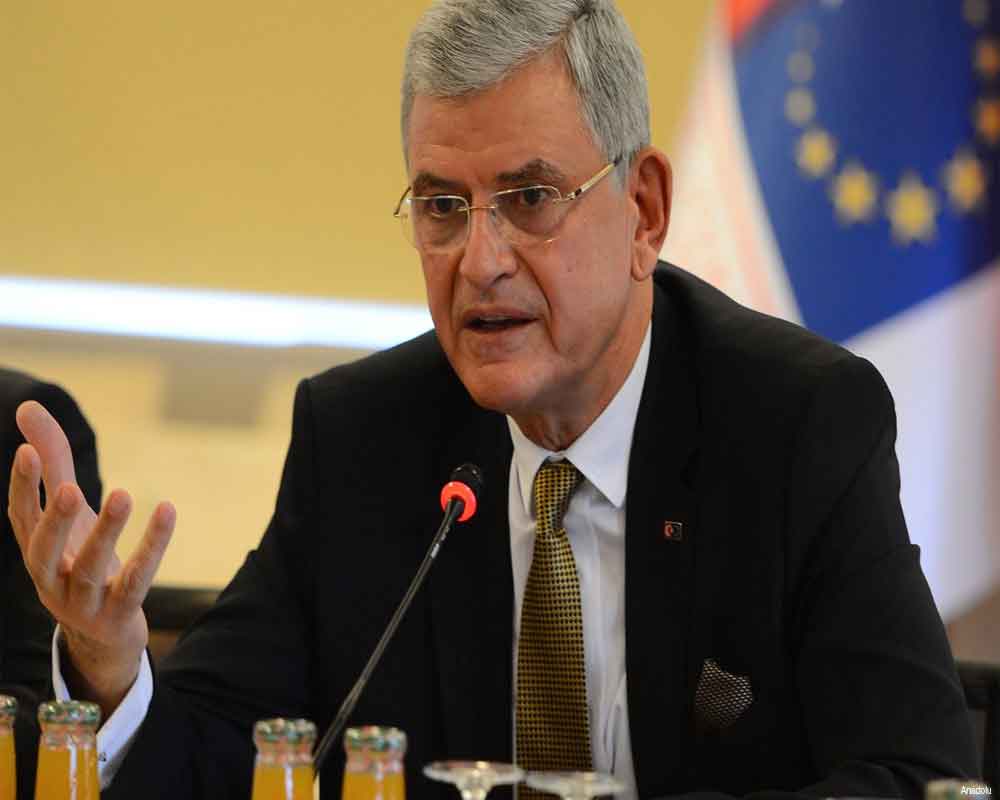 UN General Assembly President Volkan Bozkir has commended India for a “rich” programme of work during the country's presidency of the UN Security Council in August when high-level open debates on maritime security, peacekeeping and threats to international peace and security by terrorism will be among the highlights.

Bozkir on Wednesday held an in-person coordination meeting with India's Permanent Representative to the UN Ambassador T S Tirumurti, who will be President of the Security Council for the month of August.

Tirumurti briefed Bozkir on the upcoming main activities to be undertaken during India's Presidency of the 15-nation Council, “focusing on high-level open debates on maritime security, and on technology and peacekeeping, as well as a high-level briefing on the threats to international peace and security caused by terrorist acts,” according to a readout of the meeting issued by the office of the President of the 75th session of the UN General Assembly.

They also discussed the preparation of the high-level week of the 76th Session of the General Assembly that will commence in September.

Bozkir thanked Tirumurti for his visit and commended him for “holding a majority of Security Council meetings in-person, as well as for the rich programme of work of the Security Council” for the month of August.

They underscored commitment to working together throughout the month of August, the readout said. Bozkir also tweeted that he was “pleased” to meet with Tirumurti “as President of the Security Council for the month of August 2021 to receive information about the UNSC programme of work for August.”

Tirumurti replied to the tweet, “Thank you for receiving me @UN_PGA. Truly appreciate your support for our Presidency.”