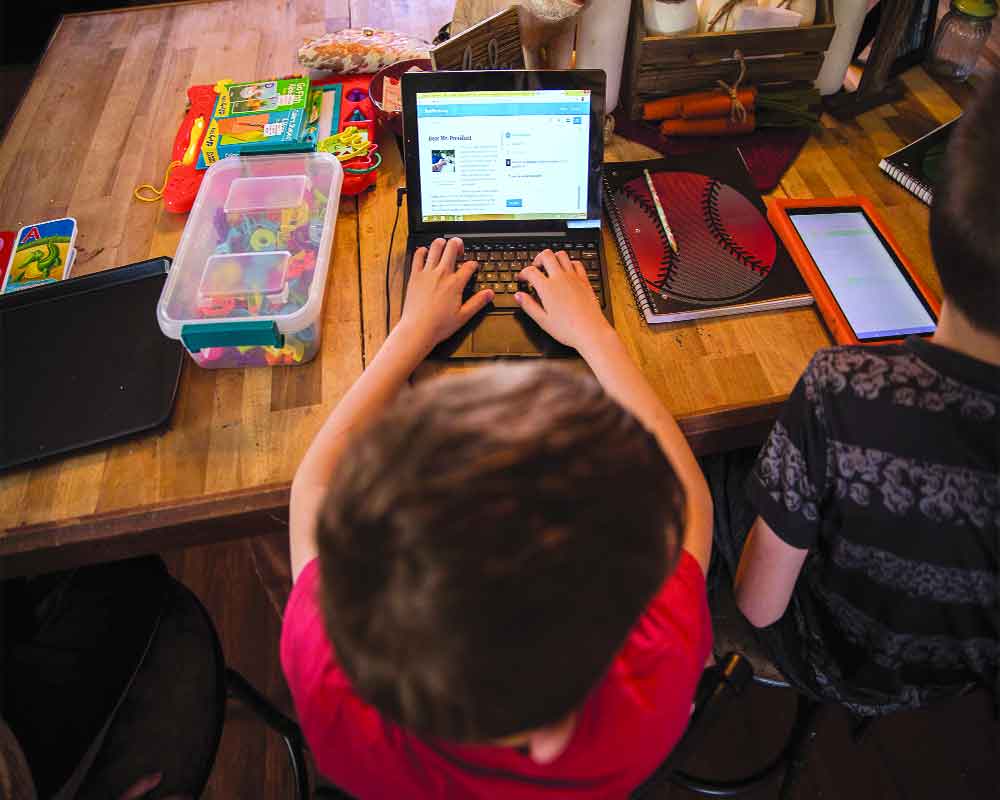 The shift to online mode of education during the pandemic has adversely affected education, says Sajjad Hussain Shah Gilani

Once again, schools and other education institutes across states have been shut soon after they reopened in January following a hiatus of almost a year. The interaction between students and teachers has returned to the online platforms. Several students, especially the ones with no access to smart phones and internet are once again unable to manage online classes. With ever-increasing number of Covid-19 positive cases and deaths across the country, their plight has taken a back seat. Amid the chaos, the student community continues to struggle for its education, more so, in the rural hinterland.

In Jammu and Kashmir, attending online classes is as much a challenge for students as it is for teachers to conduct these. Owing to its tough geography and extreme weather conditions, the telecommunication and Wi-Fi options are limited. Most families own only one smartphone which is not enough to cater to the needs of all the children. Neither do they have enough money to pay for mobile internet. All these challenges, which were recognised during the first wave itself, continue to adversely impact the future of children in rural regions of Jammu district.

Yathir Chaudhary, a social activist from Surankot Tehsil in Jammu's Poonch district, while reflecting upon the concerns of the parents says that the second wave and its impact on the education of children is being discussed in every family. “Parents were already disappointed seeing their children struggling with online classes during the last academic year. They don’t want children to forget what school life is all about and miss out on holistic growth. Studying online and interacting with fellow students and teachers through the small screen is killing their childhood,” he rued. The biggest concern for parents is that children are losing interest in education. “No one knows when this pandemic is going to end. If the education institutions remain shut, two academic years will be wasted. There are no easy answers to address the fear of parents,” shared Akhlaq Ahmed, a resident of Surankot.

A strong foundation is required to compete at higher education levels. Discontinuing classes at primary and middle-level impacts the learning skills of the students. “In our country, the general perception is that only board exams are important. But that doesn't mean education can be compromised at the primary level. In fact, primary education impacts children’s academic progress as it prepares them for future challenges,” Akhlaq added.

The first wave of coronvirus was not as scary as the second has proved to be. There are a total of 44,307 active cases in J&K — 28,736 in Kashmir and 15,571 in Jammu. The overall death toll is around 1,515 in Kashmir and 1,097 in Jammu. There is a sense of panic among parents as this time children, largely unaffected in the first wave, have not been spared. As per government data, approximately 11.5 per cent of the 56 lakh Covid-19 cases reported between January 1 and April 21 were in the age group zero to 20 years.

The impact of the second wave on children intensifies the need for protecting them from the deadly virus by taking the correct measures at the right time. While shutting down education institutes and shifting to the online mode is justified, is it being executed in the correct manner? How well did our government prepare our schools and other education institutions in the last one year to ensure that students are not affected during the second wave?

As per the UNICEF, the closure of 1.5 million schools in India due to the pandemic and lockdowns last year has impacted 247 million children enrolled in elementary and secondary schools. In addition, there are over six million girls and boys who were already out of school even before the COVID-19 crisis began. Online education is not an option for all as only one in four children has access to digital devices and internet connectivity. Pre-COVID, only a quarter of households (24 per cent) in India had access to the internet and there is a large rural-urban and gender divide.

On one hand, we have people fighting to save the lives of their family members from this fatal infection and on the other is the fight to keep moving ahead. Considering the ongoing scenario, the academic session should be suspended for a month, appropriate measures should be taken during this time to ensure that whenever the session starts, no student — from both rural and urban areas — is left behind.