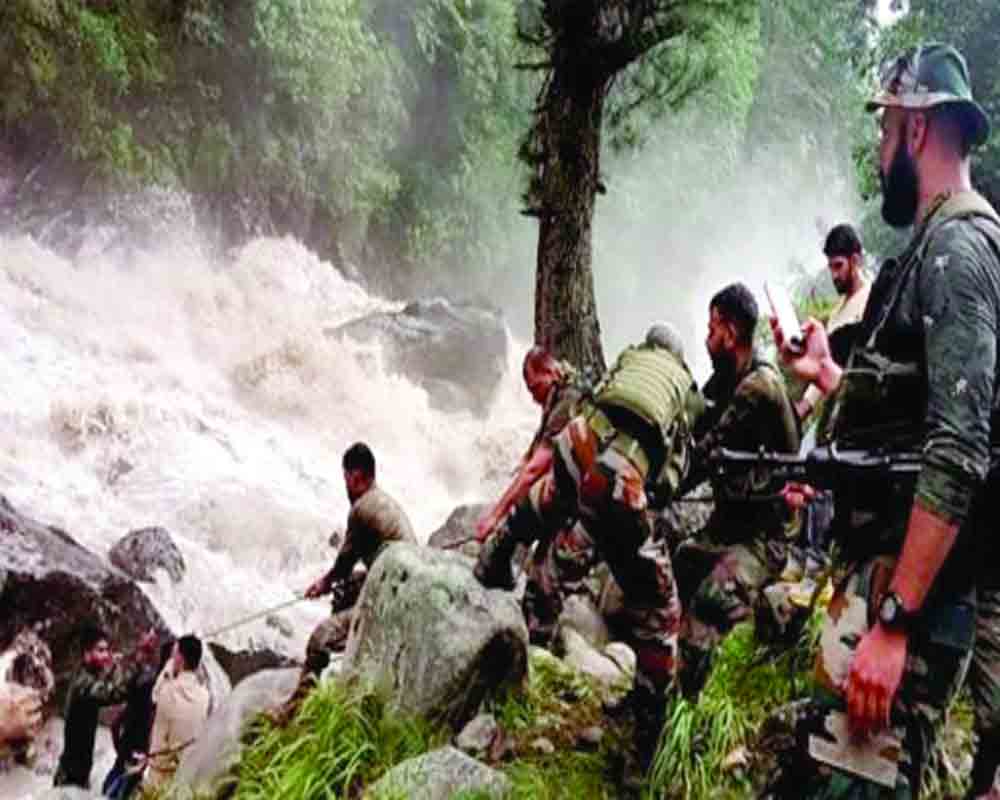 Baber Nafice records a major cloudburst as witnessed by the victims from Doda and Honzar, Jammu & Kashmir, who also suggest ways to combat it better in future

Just like another day, the mountainous village of Honzar in Dachhan Tehsil in Kishtwar district in the erstwhile state of Jammu and Kashmir was approaching dawn when the entire village was hit by a deadly cloudburst around four in the morning on July 28, 2021. It washed away ten houses, one school building, a food storage while leaving several dead and missing. Three months later, villagers are yet to overcome the losses.

“Everything was normal. Clouds were hovering in the sky. Never had we imagined our beautiful land would turn into a heap of sand,” said 21-year-old Omar, a local from the village. According to him, the locals tried to save the lives of people but could not succeed. By the time the administration reached their village after covering a long distance of approximately 120 kilometres from Kishtwar town, the situation had already gone from bad to worse.

The residents of this remote village believe that in order to be self-dependent and protect themselves during such extreme events, they should be provided with effective disaster preparedness training, which will provide them the necessary skills to respond immediately to the disasters their region is prone to. They will be able to hold the ground till arrival of the rescue teams.

Abdul Majeed, a teacher at the school destroyed in the disaster, described how helpless he felt during the cloudburst without any disaster preparedness training. “Several lives were lost in front of my eyes which neither the administration nor I could save. I appeal to the administration to strengthen our capabilities that will prepare us to undertake rescue operations in the future,” expressed Abdul with misty eyes.

Ashfaq Hussain Tantre, a 50-year-old resident from the village, pointed out how the unavailability of a strong infrastructure in their village makes it even more difficult to save lives during times of crisis. “We don’t have basic facilities like roads and networks. We carry patients on our shoulders and trek for several kilometers in these serpentine hills to reach the nearest Public Health Centre (PHC) located at Dachhan, approximately two hours from Honzar. Without the basic infrastructure, how do we save our lives when natural hazards hit the village?” He explained how it took so long to inform the district information officer about the calamity since there is no network in the region.

Ashfaq and several alike wait for the administration to take notice of the plight and assist them for future. “Since the village is prone to such natural hazards and we have witnessed cloudburst events several times in the past, we had appealed the administration to help us find a solution,” Ashfaq added.

In this regard, Sheikh Zafarullah, the District Development Councillor (DDC) of Marwah, said, “Ababeel, an organisation based in Doda that works towards providing emergency assistance and disaster relief, had come forward to serve the people of Honzar village. District administration should contribute actively in building capacities of such organisations to ensure our future is safe.”

Those found in critical condition were taken to the district hospital on the third day as informed by the DDC. According to him, these people would have not suffered so much if they were aware of the mitigation, prevention and preparedness strategies of dealing with a cloudburst.

He further added that a week before the cloudburst, hundreds of acres of land were destroyed due to flood in Naw Bachi village in Marwah block.

One of the ways for quick emergency assistance could be allotting one aircraft in each district by the administration during monsoon when such events have high probability of occurrence. “Even though the administration had sent aircraft to rescue people, it took time to take permissions that ultimately delayed the entire process. Allotting district specific aircraft for emergency assistance can make the evacuation quicker and effective,” DDC suggested.

A village like Honzar, which is deprived of basic amenities, has a tough geography and faces extreme weather conditions, requires not only a development strategy but a strong disaster risk reduction and management approach. It is important to recognise the potential role of local community members in managing local disaster events. By providing them the technical knowledge, skills and medium to intervene during such disaster situations, the loss of lives can be reduced. This, of course, needs to be supported by strong road and health infrastructure.