Out of the ordinary

Out of the ordinary 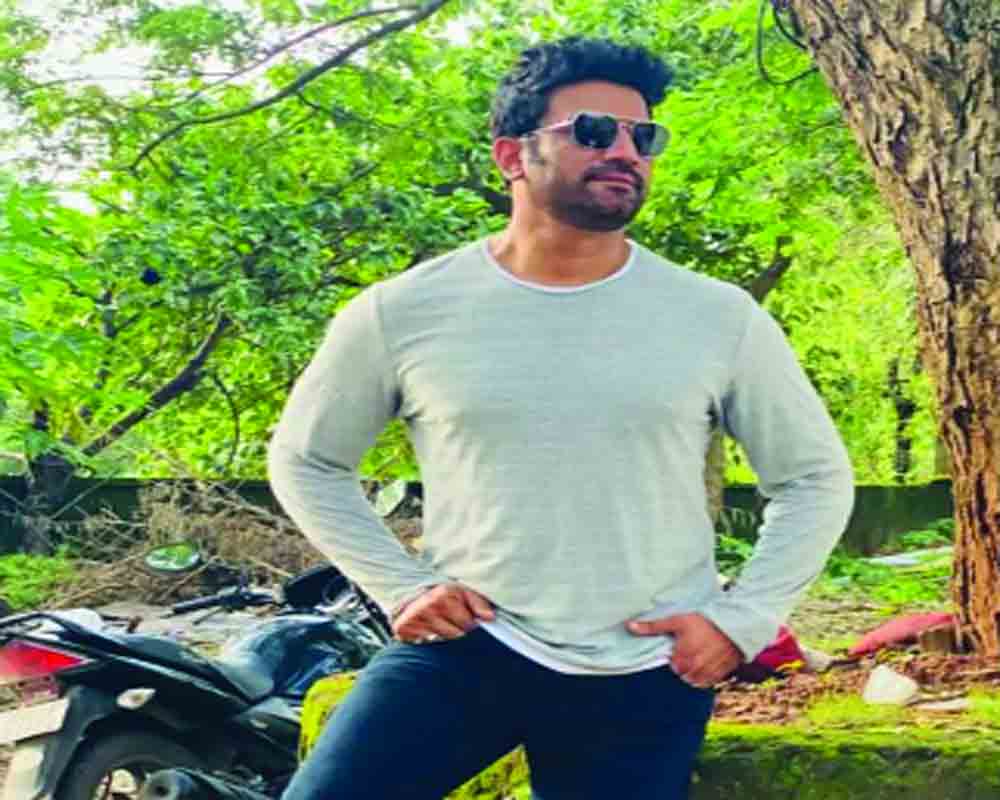 Actor and host of the thoughtfully curated show on National Geographic India, Case Files, Sharad Kelkar tells Christy Varghese that there is more to the programme than just its entertainment quotient

You might not have heard of Sharad Kelkar, even though he has appeared in almost 20 Bollywood films, but you have surely heard his voice.

He lent his powerful voice to Prabhas’ character for the Hindi version of the Baahubali franchise. Additionally, he has also voiced the protagonist from numerous dubbed Hollywood hits such as Mad Max: Fury Road (as Tom Hardy’s Hindi voice), Hobbs & Shaw, Fate Of The Furious and Furious 7 (as Jason Statham’s voice).

In the animated web series, The Legend Of Hanuman, he was the narrator. This time around, he is all set to host a show which will be aired on National Geographic India.

Presenting the ever popular investigative genre in an all-new and exclusively curated show called Case Files, we will see Kelkar draw the audience in with his voice and connect the episodes which are spread across several genres.

While Kelkar will be seen in a new role, most of the episodes are based on shows aired by National Geographic previously. Read on for a description of some of the shows which will be included in Case Files.

Air Crash Investigation: A fan favourite, this show is an iconic series with many more episodes still under production. The show recounts air crashes, near crashes, fires, hijackings, bombings, and other mainly flight related disasters and crises. It also reveals the events that led to each crisis or disaster, their causes as determined by the official investigating body or bodies, and the measures they recommended to prevent a similar incident from happening again

Undercover Asia: This award-winning investigative series exposes the secret criminal underbelly of Asia. With depth and some trademark undercover reporting, National Geographic explores gripping stories of crime, violence and injustice across the world’s largest continent. From cybercrime masterminded in North Korea to document forgers in Thailand; from fake degree scams in Pakistan to private detectives in China the cases are intriguing also because they uncover aspects of society usually kept undercover.

Banged Up Abroad: This series features the real story of people who have been arrested while travelling abroad. Through a dramatic reconstruction, the convicted or captured are shown talking about their experiences, combined with dramatic reenactments of their respective experiences.

To Catch A Smuggler: The show follows a day in the life of airport security teams in some of the busiest international airport s in the world across Bogota (Colombia), Lima (Peru), Rome (Italy), Madrid (Spain), and New York (USA). Viewers will get to see the biggest busts, the most ingenious ploys, and sometimes the stupidest attempts at smuggling. The episode goes beyond the busts because the story of trafficking is not just one of law enforcement; it's also about human drama.

With each show offering a different and unique perspective into the world of crime and investigation, Case Files is weaving together the excitement of a mystery with the satisfaction of reaching a conclusion with every case and let’s see what Kelkar has to say..

You have adopted the role of the narrator for numerous crime shows; what is with this fascination with crime and investigative series?

I love thrillers and investigative films and such stories. I am one of those people who is an avid watcher of anything and everything broadcast by National Geographic. People are easily drawn to such shows.

Personally, I think my voice sits well with the nature of such shows that are based on crime. (laughs) It was an honour to work with National Geographic India. This is one of those few platforms that give us immense knowledge in a detailed manner.

Case Files will be a compilation of multiple shows. Which one would be your favourite among the lot and how do you think such shows are helpful?

I have gone through most of them, since I have been watching National Geographic since ages, and there are two shows that I particularly like. One of them is Banged Up Abroad and the other is To Catch A Smuggler. Both happen to be extremely interesting, with respect to the investigative processes that were followed.

Such shows also help me in becoming a well-rounded actor. When we watch films, not everything seems to be seamless; at times there are some discrepancies and such nuanced shows help in getting rid of any room for error.

And you cannot overlook the informational value of such shows. I mean, sure, everyone wants to be entertained and this show serves as a good piece of entertainment, however, it could very well teach you what you need to do when you are stuck in a sticky situation.

You say that such shows will be beneficial. On a somewhat similar note, if someone is inclined to look at the loopholes that might be displayed from such shows, this is actually detrimental to society, is it not?

Not really. You have to understand that all these shows are based on people who have been caught. There are so many angles which have been covered, but will not explore its depth. Let’s consider the skills of an investigator. For those who might be unaware, a mixture of their training and expertise lead them to be adept at profiling. On any given day, when you read a newspaper, you might come across at least one instance when someone was caught trying to smuggle gold or counterfeit currencies, while entering an airport.

The people who are working behind the scenes at such high security institutions happen to be highly intelligent and let’s not discredit them. If anything, this show will deter those who wish to cause any mischief.

The last time you were seen on screen was during Bhuj: The Pride Of India. When will see you next?

Thankfully, with the effects of the pandemic disappearing, the industry is now back on track. While I am afraid I would not be able to share any details, I have four films in the pipeline. Let’s see which one releases first.