The long road to development

The long road to development 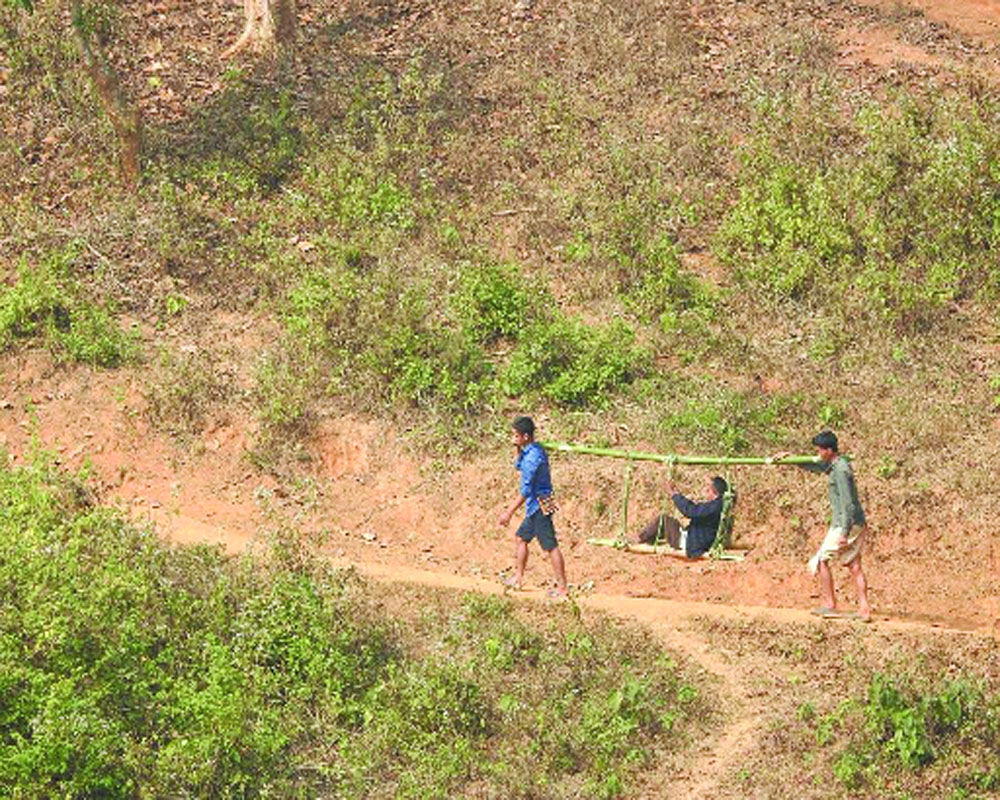 Baber Nafice documents how the problems of people from the Doda, Kishtwar and Ramban regions have become even more acute during the pandemic

In 2018, an article was published reflecting how the villagers of Doda district were deprived of basic amenities. Three years later, the situation remains unchanged as there seems to be no light at the end of the tunnel.

The three districts — Doda, Kishtwar and Ramban in the Chenab Valley in Jammu and Kashmir — are known for their unique culture, tradition and topography. The tough geography and extreme weather conditions demand holistic development of the regions. However, 70 per cent of Chenab Valley’s population still faces challenges related to access to basic services like electricity, roads and water, informed Meraj Malik, Doda’s District Development Councillor. In this context, people have to face several difficulties which have been further complicated by the Covid-19 lockdown. For example, handwashing — deemed to be an effective tool to fight Covid-19 — appears to be a difficult task here. Due to lack of adequate water supply, how are the people supposed to maintain proper hygiene? People from several areas of Chenab valley, including Doda and Kishtwar, find it hard to wash their hands or bathe each time they return home. During winters — the problem is only going to aggravate — like every year. Locals from the Valley have to walk around six kilometres on twisted and unmotorable roads to fetch potable water.

Not only water, but the condition of healthcare infrastructure is also quite worrying especially in the isolated villages. In such areas, patients are carried on cots during medical emergencies on precarious, hilly roads. One can only imagine the plight of the rural communities here during the peak Covid-19 outbreak. “Along with basic facilities, the Valley should have a strong healthcare and road infrastructure. The Chenab Valley is known for its resourceful forest. Although the administration does not hesitate to use the resources of the forest, in return, even basic services are not provided to the people of the region,” rued Ishtiyaque Dev, a veteran journalist from Doda.

Recently, it was announced that the road infrastructure in Jammu and Kashmir is all set to get a major boost as Union Minister of Roads Transport and Highways, Nitin Gadkari will lay the foundation stones of 25 National Highway projects worth `11,721 crore. But connecting highways is not going to help the problem of people residing in areas tucked away in difficult geographic locations. Their ordeals are real and require real, immediate solutions at the local level.

Somi Raj, a local social activist, stressed that the administration should accelerate the development work in the valley. “Clean water, schools, employment and other fundamentals should be made available so that in the next few years there would be no difference between other developed areas and Chenab valley,” said Somi. According to him, schools and universities should be built within the region so that students do not have to migrate to Jammu, Srinagar or Delhi to pursue higher studies. The poor condition of schools is one of the topmost concerns for the locals. Nishat Qazi, a social worker from the region, said, “We had heard that the concerned authorities were going to take the required action to improve the condition of schools. For a brief time, locals had developed hope in their otherwise hopeless lives. But to our dismay, it never turned into reality.” He explained how multiple requests have been lodged with the administration but to no avail.

He also pointed out that although there are several power projects in the region, households still struggle to access electricity. As per a report published last year, several villages in the valley do not receive electricity at all, despite the fact that there are at least four power projects that have been commissioned while two more are under construction.

“Over the years, different administrations have served their tenure, but the people here never received access to basic facilities. The villagers are used as a mere vote bank. Once elections are over, they stop existing,” said Meraj. In such a situation, these social advocates and workers wonder who is going to find solutions to the problems faced by the people of Chenab valley. Or if there is a solution at all.