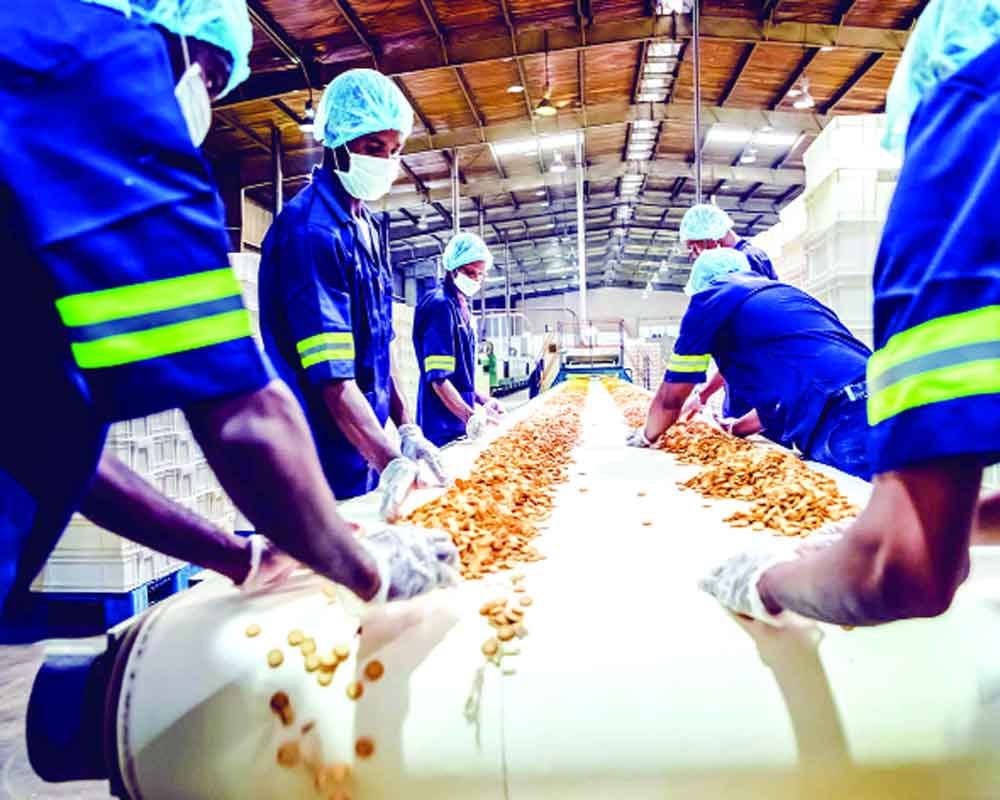 The convergence portal of the Government’s three flagship schemes implemented by agriculture and food processing ministries will help micro units engaged in food processing, according to the Union Food Processing Ministry.

After the launch, both Food Processing Minister Pashupati Kumar Paras and Agriculture Minister Narendra Singh Tomar had expressed confidence that this initiative will add a new chapter in the lives of micro units engaged in food processing.

According to the food processing ministry, through this convergence, the eligible beneficiaries under PMFME and PMKSY schemes availing credit-linked subsidy would be able to avail an additional benefit of interest subvention at 3 per cent on the interest rate being charged by the banks over and above 35 per cent subsidy provided under the PMFME.

For the ease of approval of projects under both schemes, the AIF MIS portal has been modified for the acceptance of applications from the beneficiaries under the PMFME and PMKSY scheme.

The PMFME beneficiaries would be able to apply directly for the benefit of interest subvention on the AIF portal with the detailed project report (DPR) approved under the PMFME, the ministry said in a statement.

Similarly, AIF beneficiaries eligible under the PMFME scheme can seek additional benefits of subsidy by applying in the PMFME MIS portal with the sanction letter under AIF and DPR, it added.

AIF, implemented by the Agriculture Ministry, is a medium to long-term debt financing facility started in July 2020 for the creation of post-harvest management infrastructure and building of community farming assets. Benefits under the scheme include 3 per cent interest subvention and credit guarantee support.

The two other schemes PMFME and PMKSY are implemented by the Food Processing Ministry.

PMFME provides financial, technical and business support for the upgradation of micro food processing enterprises in the country, while PMKSY is envisaged as a comprehensive package that will result in the creation of modern infrastructure with efficient supply chain management from farm gate to retail outlet. New Delhi: Delhi Chief Minister Arvind Kejriwal on Thursday said several key decisions were taken in the Delhi Disaster Management Authority (DDMA) meeting and urged people to get the booster dose of the COVID-19 vaccine. The DDMA met to review the Covid situation in the city and conduct an assessment of dedicated resources deployed at hospitals to tackle coronavirus.

New Delhi: Delhi Lieutenant Governor Vinai Kumar Saxena on Thursday said encouraging research should be an important mandate for any premium medical institution along with teaching and training. During his address at the Maulana Azad Medical College (MAMC) where he handed over degrees to MBBS and postgraduate students, he underlined the importance of basic research for human development.

New Delhi: Food and Civil Supplies and Consumer Affairs Minister, Imran Hussain today reviewed the functioning of Weights and Measures (Legal Metrology) Department. He directed the Weights and Measures Department to ensure that residents of Delhi provided quality products with accurate weights and also proper declaration as per commodity rules on each and every packaged product keeping in view the coming festive season.

New Delhi: The Delhi Bar Association (DBA) has got a new team of office-bearers with Nitin Ahlawat and Girish Kaushik being declared elected president and vice-president, respectively. The other office bearers of the prestigious association are Manish Sharma -senior vice-president, Atul Sharma -secretary, Dharmendra Basoya -additional secretary, Shweta Rani -Joint Secretary and Sahil Puri  as treasurer. Pardeep Nagar and Amarjeet Singh were elected member executives and Sachin Sharma and Pujya Singh were elected members. Renu Malik was elected a lady member. The elections for the DBA were held on 15th September.

New Delhi: A fire broke out at a shoe factory in north Delhi's Narela area on Thursday. The police received information about the fire around 11.30 am, following which 15 fire tenders were rushed to the spot. The factory includes a basement, ground and two floors. The fire broke out on the first and second floors. The fire was brought under control around 4.30 pm, police said, adding that no one was injured in the incident.

New Delhi: A 22-year-old sketch artist was arrested for allegedly uploading private nude pictures of his ex-girlfriend on social media. The accused was identified as Mohd Tanzeem Ahmad, a resident of Doranda in Ranchi, Jharkhand. Police said the woman was influenced by his sketch art and impressive count of followers on social media. The victim, a student of a prestigious college of Delhi University, lodged a complaint at Cyber North Police Station.