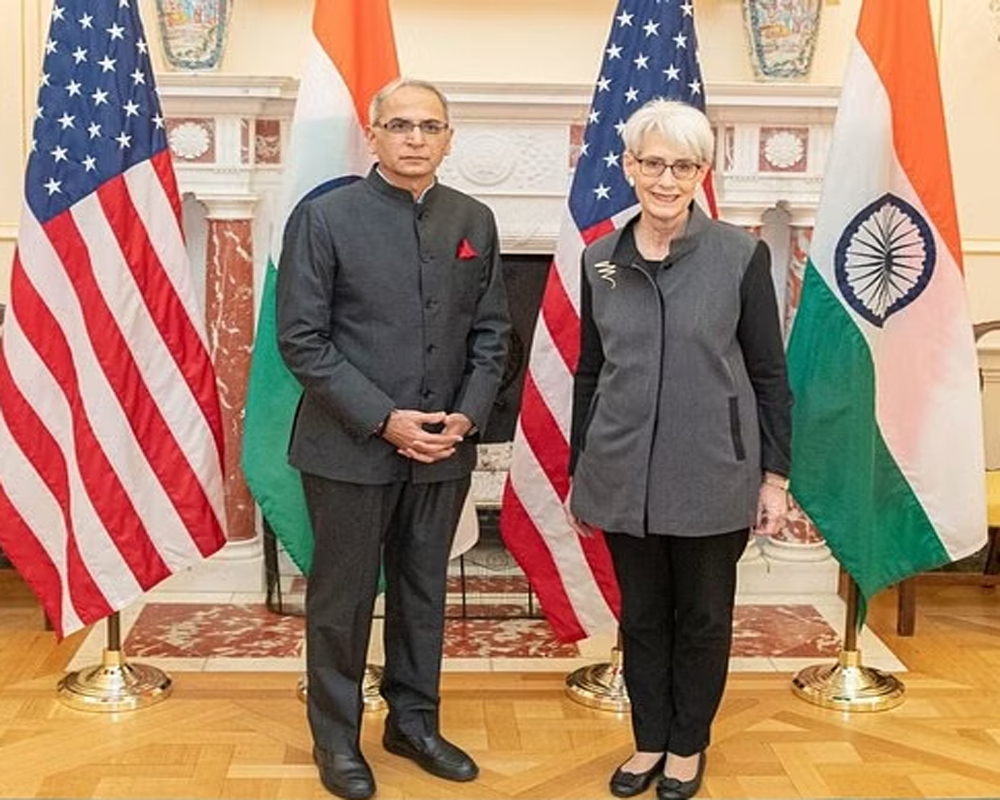 Foreign Secretary Vinay Kwatra has met Deputy Secretary of State Wendy Sherman here and discussed Indo-US ties and ways to further advance their bilateral security and regional cooperation, the situation in the Indo-Pacific region and Ukraine.

During the meeting on Monday, Sherman underscored the US' commitment to the people of Ukraine in the face of Russia's illegal war of aggression, State Department Spokesperson Ned Price said.

“They also discussed ways to improve regional and multilateral coordination, including via the Quad partnership in the Indo-Pacific region,” he said.

The Quad or Quadrilateral Security Dialogue comprising India, the United States, Japan and Australia was set up in 2017 to counter China's aggressive behaviour in the Indo-Pacific region.

"Great meeting Indian Foreign Secretary @AmbVMKwatra to discuss #USIndia relations and advance our security and regional cooperation throughout the Indo-Pacific region and the world," Sherman tweeted.

India, the US and several other world powers have been talking about the need to ensure a free, open and thriving Indo-Pacific in the backdrop of China's rising military manoeuvring in the resource-rich region.

China claims nearly all of the disputed South China Sea, though Taiwan, the Philippines, Brunei, Malaysia and Vietnam all claim parts of it. Beijing has built artificial islands and military installations in the South China Sea. China also has territorial disputes with Japan in the East China Sea.

Kwatra is on an official trip to the city. He arrived in Washington DC from New York on Sunday night.