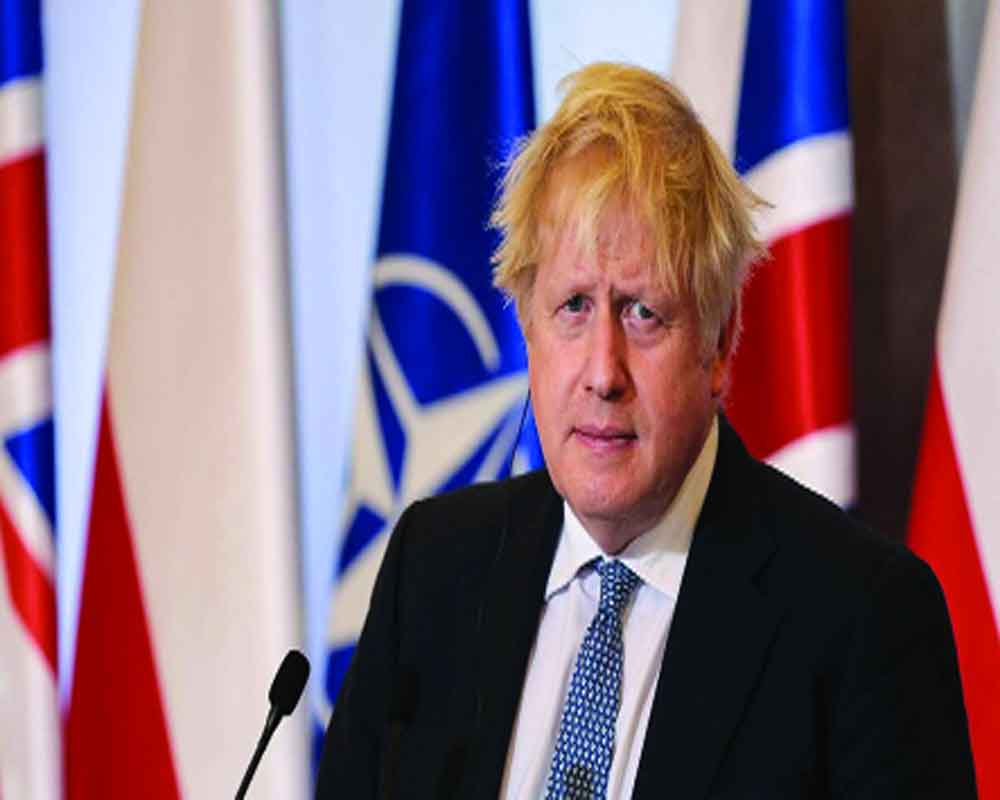 The public has turned against him; the Labour Party has been leading the Conservatives in opinion polls

Cad.’ ‘Scoundrel.’ ‘Rotter.’ The words that members of the British public used to describe Prime Minister Boris Johnson in the aftermath of last weekend’s failed attempt by parliamentary members of his own Conservative Party to remove him from office had a weirdly antique ring. Nobody in England really talks like that anymore.

But then, Johnson is a weirdly antique figure. He could be a scoundrel in one of Charles Dicken’s novels, or a comically inept cad in a P.G. Wodehouse story, or at best the fictional schoolboy Billy Bunter in the boys’ weekly paper The Magnet (1908-1940). But behind the facade of a well-intentioned but baffled toff is just a con man.

Johnson’s last-but-one predecessor as prime minister, David Cameron, once called him a “greased piglet” who “manages to slip through other people’s hands where mere mortals fail.” He is always getting into trouble, but somehow he always gets away with it. Until now.

He lies reflexively, even when he doesn’t need to, and everybody in the country knows it. He is transparently self-interested, shamelessly entitled, and his only notable accomplishment in almost three years in office has been to ‘get Brexit done.’ Except that it isn’t ‘done’; it’s falling apart again.

His relationship with the Conservative Party he leads has always been transactional. Most of his parliamentary colleagues dislike and distrust him, but they believed he could win elections for them because so many voters fell for Johnson’s shambling charm. They knowingly lapped up his lies, and gave him a majority of 80 seats in the last election.

But that’s all over now. The public has turned against him, the Labour Party has been leading the Conservatives in the opinion polls by around 10 per cent since the end of 2021, and so he is no longer fulfilling his end of the deal that made him prime minister. If there were an election today, the Conservatives would lose by a landslide.

The Conservatives are famous for their ruthlessness in ditching leaders who cannot deliver, and true to form there was an attempt to dump Johnson last weekend. More than 15 per cent of the party’s members of Parliament demanded a secret ballot on his leadership, which automatically triggered Monday’s vote.

It failed, as everybody expected it would, because the ‘payroll vote’ (Members of Parliament who hold government appointments and are obliged to support the prime minister) accounts for almost half of all the Conservative MPs. But the revolt came far closer to succeeding than the rebels had hoped, and it was

the start of an almost unstoppable process.

The final tally was 211 votes to keep Johnson as party leader (and therefore prime minister); 148 votes to drop him. That is not “an extremely good, positive, conclusive, decisive result,” as Johnson claimed. It is a defeat from which there is no

One reason is that a clear majority of the ‘backbenchers’ (those not on the ‘payroll vote’) voted to change leaders. Now that they know their own numbers, they will be more confident and persistent, knowing that they just have to wait for some of the rats (or rather, ministers, junior ministers and parliamentary private secretaries) to desert the sinking ship.

The other reason is that the British public (including Conservative voters) has finally made up its mind about Johnson. The decisive factor was ‘Partygate’: the endless succession of boozy leaving parties, birthday parties, and ‘Thank God It’s Friday’ parties that took place in Johnson’s house and offices at the height of Covid lockdowns in Britain.

There was a months-long drip-feed of leaks and fines, giving everyone ample time to contemplate the gulf in behaviour between ordinary people who obeyed the rules even to the extent of not visiting family members dying in hospitals, and privileged political operators who thought they were above the rules. It will prove fatal for Johnson’s prime ministership.

Johnson can stagger along for a while, throwing out random threats and promises—to start a trade war with the European Union, or to bring back ‘Imperial measures’ (inches, ounces and quarts)—all in the hope of resurrecting his leading role in the old Brexit wars at home. But he won’t get very far.

From now on, he will face the same sort of guerrilla war that he himself used to bring down his predecessor, Theresa May. The rebels within his own party will combine with the opposition parties to thwart any deliberately provocative legislation that he tries to pass.

The Labour Party, of course, is praying that Johnson stays in office until the next scheduled election in 2024, or chooses to call an early election as a last-ditch gamble: that would virtually guarantee a Labour victory. However, the Conservatives are still not so befuddled as to let that happen. Johnson will be gone within the year.