Can India realise its economic potential?

Can India realise its economic potential? 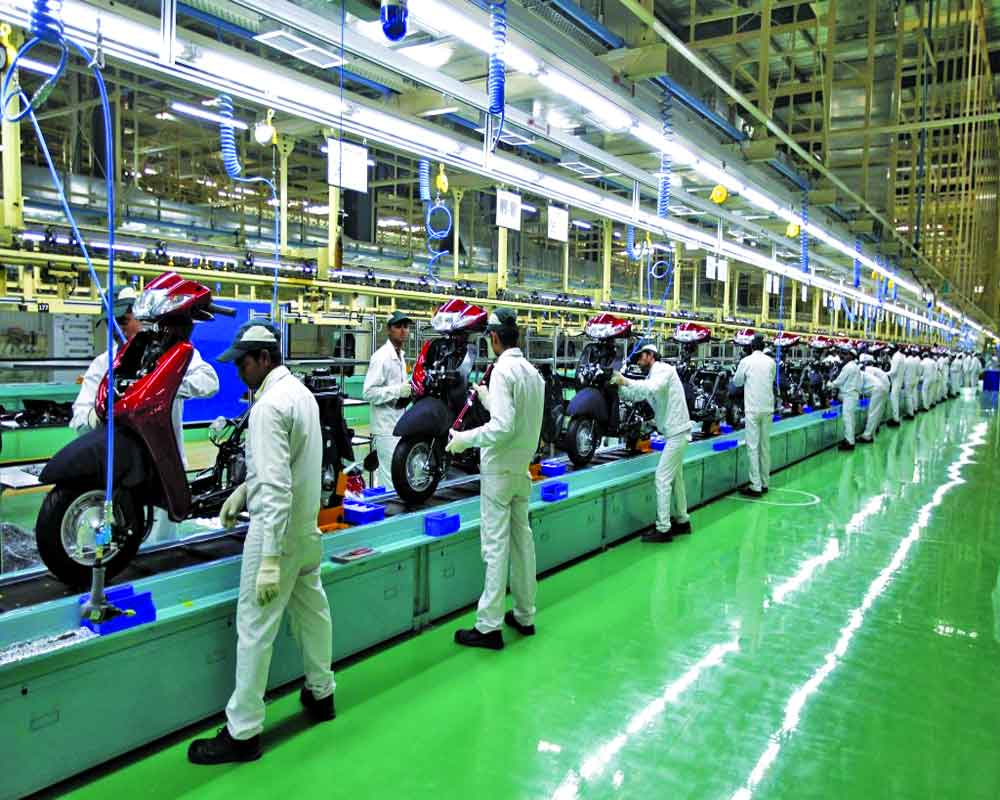 The Indian economy is operating much below its potential. We need reforms in governance, judiciary & economy to catapult India to the top

The Indian nation is at a crossroads. While the world is going through a phase of undeclared economic recession, worsened and complicated by Covid-19 and now by the protracted war between Russia and Ukraine, India's economy is stable and growing the fastest. But our economic progress is far below our true potential.

India is a gifted nation from the point of view of natural resources, but the inherent potential for the explosive growth of the economy is even today dismally low. Our vertical hierarchy bureaucracy is by far the worst for the administration. It is exploitative and attaches to the senior members more authority and less accountability. This type of bureaucratic structure was devised by the British to continuously plunder India and, alas, this structure is being followed by the extant governments even seven decades after independence.

We are certainly not seeing the best from our PSUs whose share in our economy is 15 percent but who drive the growth of small and medium enterprises significantly. The government has also been unable to increase the operational efficiency of these undertakings-thanks to a rather callous and apathetic attitude towards them, which led to plans for disinvestment of some of them. This happened in the wake of the frequent cliché heard during the ongoing tenure of the Modi government-that government has no business to be in business.

The fallouts of the wrong structure of governments are not confined to PSUs. They percolated deep down into private sector business houses controlled by them and the whole set of SMEs governed by them.

Changes and reforms, howsoever well-intentioned, will deliver beneficial results only if the implementing laws and machinery are appropriate. These are the very reasons for the failure of the government to attract FDI and Indian private sector investment for Make in India. Regrettably, the Swadeshi bandwagon of RSS was given a go by and foreign companies like Amazon continued to devour the domestic retail sector thus closing the shutters on retail outlets in huge numbers.

While talking of the archaic laws and systems of administration in India, it would be necessary to mention that these are the reasons also for the slow growth of the infrastructure, marked by poor investment therein by the private sector. The obsolete Land Acquisition Act, Indian Police Act, Civil Services Act, Indian Penal Code, etc. were never designed to serve the interests of a sovereign India and need to be recast sooner than later.

Hence, we must create permanent systems and procedures that will establish discipline, enhance efficiency and deliver results for our noble intentioned changes. Such systems and procedures can only be built on the foundation of proper laws of the land that are, in turn, based on sound economic principles with disregard for populism and political expediency. Structural and administrative changes as suggested above will give a quantum boost to indigenous manufacturing which is the engine of economic growth. They will speedily enhance India's share of manufacturing in GDP which is tottering at 15 percent over the last 10 years.

While dealing with China as an economic competitor, it should be clearly understood that today, the average cost of goods and labor in China has soared to 6 times that of India. Actions by the Chinese government has created a big ballooning debt crisis which is a huge growth dampener. India is in an advantageous position regarding its manufacturing cost competitiveness vis-à-vis China today. This provides India an opportunity.. There was never a better time for this.

Many strategic steps can be suggested to give a boost to India's economy in various sectors. Investment in value-added food and agro items, in our traditional healthcare system of Ayurveda, and tourism will pay us rich dividends considering their potential in the current global scenario. But the bottom line is that we must reform our systems of administration and judiciary in line with the radical constitutional reforms cited above. With such changes, we shall see a new India emerge fast which would be the leading economic superpower-and not for the first time in global history.

(The author is a Management Consultant and a freelance writer on subjects of economics, development, and governance. The views expressed are personal)