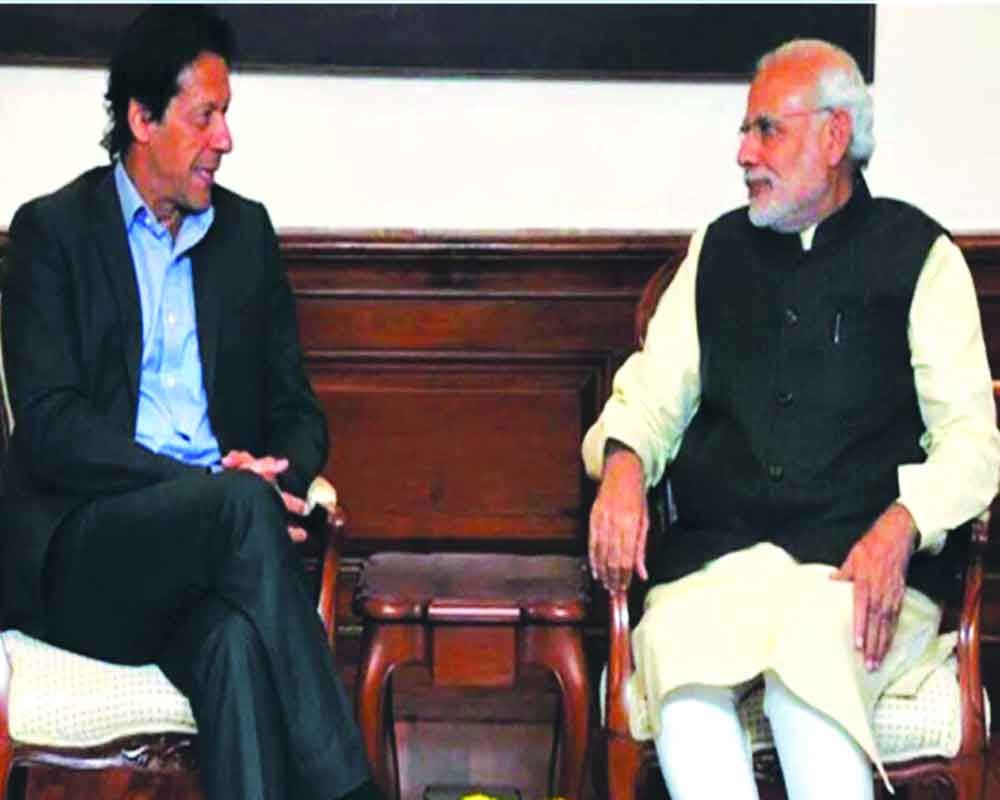 The civilisational lands of Bharat were vivisected with different belief systems in 1947. If Nehru had hauntingly posited, “we step out from the old to the new, when an age ends, and when the soul of a nation, long suppressed, finds utterance”, days earlier, Jinnah had loftily stated: “We are starting in the days where there is no discrimination, no distinction between one community and another, between one caste or creed and another. We are starting with this fundamental principle: that we are all citizens, and equal citizens, of one State.” Tellingly, the only speech of Jinnah that clearly outlines the contours of his conceptualised Pakistan, strangely, is without audio recording! Author Khalid Ahmad in Pakistan Behind Ideological Mask notes that many Muslim League members attempted modifying the progressive passages — till the bigoted Zia-ul-Haq bluntly expunged the speech from Government media and textbooks.

Nonetheless, 75 years after Independence in the Indian subcontinent, it is the chronological minnow and till then non-existent Bangladesh (‘East Pakistan’ till 1971) which has fructified and harnessed its potential, relatively speaking. It seems there is a mad race across both sides of the Line of Control to outdo each other in stymieing the narrative and inherent promise, with thundering jingoism and populism, that postures a lot more than it delivers. Oddly, the rallying cry in India of ‘Achche Din’ (days of prosperity) or ‘Sabka Saath, Sabka Vikas, Sabka Vishwas’ (everyone’s cooperation, everyone’s progress, everyone’s confidence) and in Pakistan the empty thunder of ‘Naya Pakistan’ (New Pakistan) or ‘Riyasat-e-Madina’ (Holy prophet’s principles governing the State of Medina) — beyond partisan passions and loyalties, cold statistics pertaining to the Sustainable Development Goals (SDGs) or various other societal indexes by independent global ranking agencies reflect a starkly worrisome picture.

Since the fount of societal culture besetting both countries was common, there are many similarities that underlie our utterances, habits and moorings. The spouted globular vessel (colloquially called a ‘lota’ on both sides), typically made of brass or copper, has been in this ancient land since 2nd millennium BC. The functional vessel for multiple usages has birthed many idioms — the most widely used being ‘Bey pendey ka lota’ (a spherical vessel without a base which tends to roll in any direction). Commonly used to describe an undependable, unfaithful or unhinged person who could ‘bend with the wind’, as it were. Expectedly, the murky and unreliable world of partisan politics remains the obvious playground of its metaphorical exponents, and therefore our cultural cousins from across the LOC have coined a hilarious dimension to the various ‘types’ of democracy that afflicts us both ie, ‘Lotacracy’ (adding to the basic definition of democracy as the ‘rule of the people’, to a more (un)qualified, ‘rule of the people, who cannot be trusted to stay true to their words’).

India has just about finished with its electioneering to the various State Assemblies with the most polarising, debasing and bitterly contested saga, which had a more than fair share of its own turncoats (Lotas), who till the proverbial enlightenment leading to the shift had been waxing eloquently a completely different tune. Some won, some lost, but the sad reality is that all parties without exception had entertained these Lotas and the Indian citizens and India’s continuing experiment in democracy was poorer for the same. Many of the current Ministers in the Union Cabinet and even Chief Ministers/Ministers in State Governments have had a hopping and fleet-footed past. But the Pakistanis are no better, and their tryst with Lotacracy is staring Prime Minister Imran Khan in the face as he undergoes a no-trust vote in the National Assembly. Besides the Opposition parties, supposedly 24 of Imran’s own Lotas (estranged lawmakers) have taken shelter in enemy quarters! A desperate Imran unconvincingly tried to woo back his party lawmakers by saying, “Time has changed as there is no more room for changa manga (horse-trading) politics” — ironically, his lawmakers are disagreeing with the exact same thing ie, nothing has changed in so-called Naya Pakistan and, if anything, governance has gone from bad to worse. Sounding extremely sanctimonious, Imran warned his Lotas, “There is a market to purchase conscience of the people through illegal pelf”, especially rich coming from a man whose Cabinet is stuffed with suchlike Lotas.

The spirit of mufad ki siyasat (politics of self-interest) infects both countries, and the fleeting ideology can be gleefully traded at the drop of a hat. As winning dispensations on both sides had sought for votes on the platform of ‘change’ (Naya there, Badlaav here) — the only ‘change’ is the extent of revisionism and referencing of the ‘past’ to justify the sad morass of the present. Name-calling dissidents as Lotas may be convenient for Imran as he fights an uphill battle of his own creation, but his dark instincts are given away by his cuss language, intimidatory tactics and sheer lies that he is invoking to protect his Government. He is clearly not fighting Lotacracy as he cavalierly postures, but only reaping the consequences of him worsening the system. Lotacracy could have been funny, but for the debilitating consequences that it breeds.