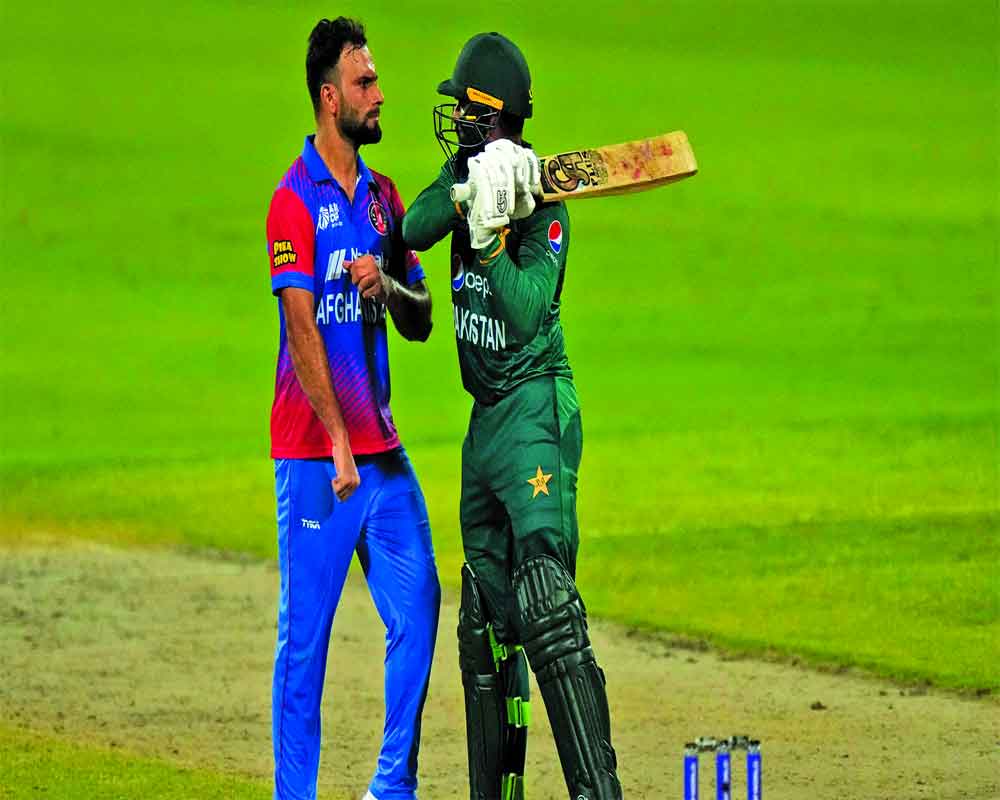 Power politics has seeped on to the cricket ground, too, and this is not good news either for the game of cricket or for cricket-playing nations

When the former Pakistani speedster and motor-mouth Shoaib Akhtar railed against the ostensible behaviour of Afghan players and fans in the recent Asia Cup match, the subliminal sense of Pakistani clientelism was unmistakable. Shoaib's patronising tone following the heated exchange by players in the cliffhanger reeked of one-sided entitlement, "Aap hai ki hamare bhai hai, sah mulk hain, hum apse laad bhi karte hai, khyal bhi rakhte hai, and aap kya batameezi bhi karte ho. (Here you are, we consider you our brothers, you are our neighbouring nation, we love and take care of, and here you are showing your brazenness) this is not acceptable yaar." That Shoaib's view was selectively berating, condescending and mocking is one thing - but it was also layered by unsubtle societal faultlines, "Isilye allah ne aapko Saza di, isilye aalah ne ek pathan ko duusre pathan se chakka marwake zaleel kiya, aur rote hui gayi Afghanistan team (That is why the almighty punished you, where the almighty made a Pathan (Pakistani player) hit a six against you, and you were humiliated and Afghanistan team went out crying!). The subtext of a Pakistani Pathan versus Afghan Pathan was loaded, as it militates against the sense of Pashtunistan or common homeland/identity of Pathans across both sides of the Durand Line, separating Pakistan and Afghanistan.

The visibilised animosity besetting the Pakistan-Afghanistan realm is palpable and deep, and the cricket pitch only reflects the same. It is starker and more intense as compared to the outpourings in India-Pakistan matches, today. The historically wounded sentiment along the 2670-kilometer-long border dividing Afghanistan-Pakistan or the Durand Line (vehemently unrecognised by Afghanistan), has metastasized over the years with the perception of constant Pakistani patronage of terror and mayhem in Afghanistan. Islamabad has pandered to Pan-Islamic terror groups like the dreaded Taliban, puritanical Haqqani faction, brutal Hekmatyar faction, etc., to suppress and undercut Pashtun nationalism - all this has led to simmering hate in the minds of average Afghan on the street who justifiably blame Pakistan for decades of bloodshed and violence. Treating Afghanistan as its backyard or 'Strategic Depth' is an institutionalised aspiration in Pakistan and even the revisionist Taliban regime finds itself uncomfortable defending Pakistani interferences, beyond a point. A few months back, the Taliban Foreign Ministry was forced to call the Pakistani Ambassador in Kabul to condemn airstrikes on Afghan soil. Taliban spokesperson had warned, 'not to test that patience of Afghans' and that, 'same mistakes again….will have bad consequences! Even with its own propped Taliban regime in Kabul, the Pakistanis are getting the rough end of the stick, as the blame for the larger Afghan socio-economic misery is attributed squarely of the Pakistanis, and especially to its shadowy agency, ISI. No amount of rote Pakistani spiel of 'co-religiosity cuts ice in Afghanistan.

It's not just 'Taliban Khan' or the former Pakistani Prime Minister Imran Khan who is the poster boy of Pakistani misadventures, but even the coalition of PPP and PML-N are similarly despised in the unforgiving memories of the Pathans. Afghan elders remember Nawaz Sharif's electoral bluster to then rivals PPP in 1993, 'You gave up Dhaka, but we took Kabul' with dismay and hate. Across the political canvass of Pakistani democracy and Military rules, the Pakistanis have sought indebtedness of the Afghans for the harbouring of Pashtun refugees - only the Afghans have found that expectation extremely humiliating, simplistic, and condescending. So, while the war-torn Afghanistan Cricket Team has kept defying the odds with individual performances and heroics of resilience, and heroics, it has sadly lost more matches than it has won. This Asia Cup was no different (win against the much higher-ranked Bangladesh notwithstanding), except that when it came to the Afghanistan-Pakistan match, a lot more was at stake and Afghan emotions were raw. Beyond the on-field fracas amongst players, after the match, the Afghan fans let their fury on Pakistani fans and had them scurrying for safety. The pent-up frustration against the Pakistanis was a lot more than what can be attributed to a simple case of winning or losing a cricket match. The irrepressible Winston Churchill once noted about the Pathans, 'Every family cultivates it's vendetta; every clan, its feud. Today the proud Pathans (who form the majority of Afghanistan) are reeling under unprecedented misery and there is no doubt as to which direction their ire is pointed. Official politics may not be on the side of the average Afghan belief, as its incumbent government is still essentially dependent on Pakistani support for legitimacy, but it is a groundswell of angst that this filling up fast and may tip over the Talibani patience, too. It was ultimately left to the former Afghan captain, Shafiq Stanikzai, to have the last word when he coldly warned Shoaib, 'baat ko nation pe Mat lena' (do not extrapolate your comments to the nation) — implicit in the Stanikzai's warning was the larger sentiment and augury of the future.

(The writer, a military veteran, is a former  Lt Governor of Andaman  & Nicobar Islands and Puducherry. The views expressed are personal.)