Fear is the key to rule minds, or is it?

Fear is the key to rule minds, or is it? 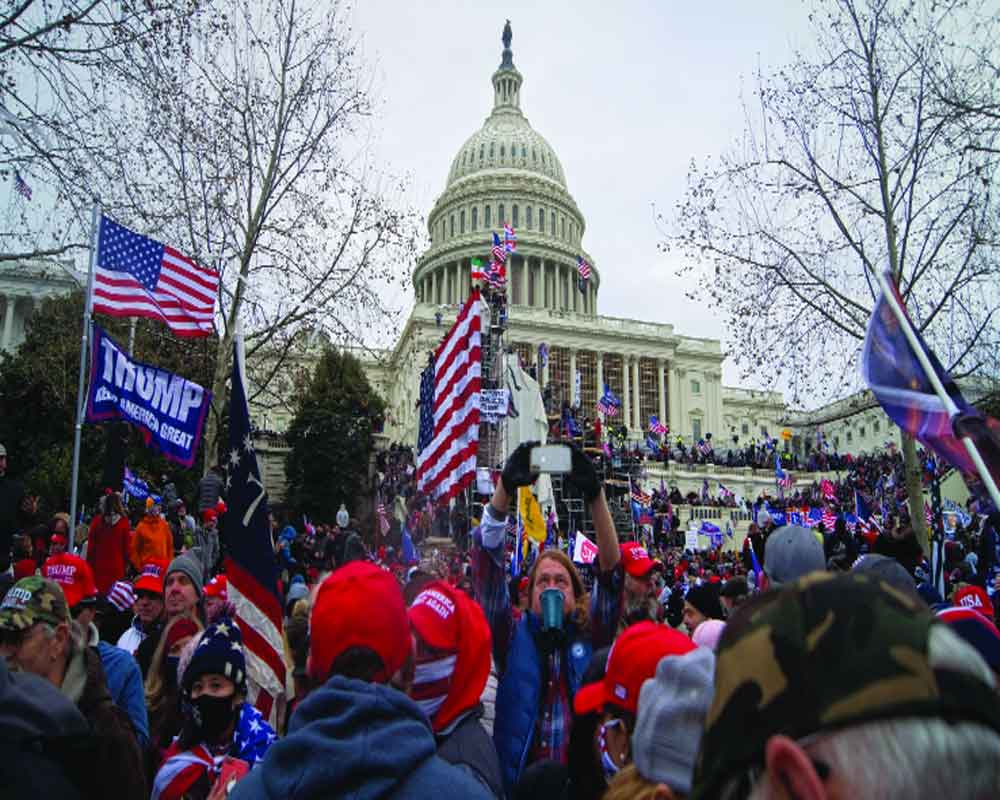 We live in a world that, as Canadian philosopher Brendan Myers puts it, is “utterly saturated with fear. We fear being attacked by religious extremists, both foreign and domestic. We fear the loss of political rights, a loss of privacy, or a loss of freedom. We fear being injured, robbed or attacked, being judged by others, or neglected, or left unloved.”

Politicians understand this well. With the COVID-19 pandemic having already laid us low and in the absence of any real health-revival hopes on the horizon, they have lost no time in using fear to entice and recruit volunteers to their own personal causes.

Former American President Donald Trump is a prime example of a politician who has successfully used fear to his advantage, and continues to do so despite having lost the Presidency by approximately seven million of the popular vote. With absolutely no evidence to show, he has still been able to sell the “Big Lie” that he was denied victory because the election machinery was compromised and allowed incumbent Joe Biden to win fraudulently, something that millions continue to believe even to this day.

This issue, as we are all aware, boiled over on January 6, 2021, the day Congress was to formally certify President-elect Biden’s win. An unruly mob of Trump’s supporters, egged on by him but he choosing not to join them, attacked Capitol Hill in an effort to stop Congress from carrying out its constitutional mandate. In the ensuing violence, two policemen were killed and over 150 injured, leading to the arrest of over seven hundred of those involved, with many more still at large.

One would have expected that the fanatics who attacked the Capitol and unleashed utter mayhem there would belong to the very fringes of American society. Surprisingly, that was not the case, as a study by the University of Chicago’s ‘Project on Security and Threats’ found. Of those who have been arrested thus far, “over half were business owners, CEOs and from white-collar occupations. Over a quarter had college degrees and only a third had criminal records, while 13 per cent belonged to extreme right-wing militia groups”. It concluded that the mob was overwhelmingly White Non-Latinos, in ages between 35-50 years and the vast majority had come from pockets of Trump supporters in districts and States that were either majority Democrat or had swung towards the Democrats.

The most interesting aspect of the study was the revelation that the single most important motivation for those who participated in the insurrection was their belief in the “Great Replacement Theory”. A conspiracy theory first propounded in France by author Renaud Camus in which white nationalists claimed that the French white population was being demographically and culturally replaced deliberately by Non- European peoples. It has found much traction not just in France but also in other European nations and in the United States and New Zealand. In America, it has come to be seen as the Non-Latino White population being replaced by Blacks, Hispanics and People of Colour. In essence, a growing fear of losing their privileged and entitled position in society that the colour of their skin provided.

A fear that Donald Trump was able to effectively harness not just in the presidential campaign of 2016 but also, even more successfully, in his 2020 campaign despite his eventual loss. Interestingly, the Replacement Theory with appropriate modifications can just as easily be adapted in support of other extremist ideologies as well, both religious and ethnic. In our own context, for example, there are groups within the Hindutva fold that use a similar argument, not supported by any scientific data, to suggest that birth rates in minority communities are so high that they will eventually overtake the majority Hindu population in a few decades. There are groups that have recently gone further in propagating even more radical views than this.

Clearly, one need not be a social scientist to understand that the motive for such baseless assertions is completely rooted in politics, and works as an effective tool for propagating fear to garner votes. What is truly dangerous is the insidious nature of the threat posed. The fear of the unknown, as we all know, obliterates all reasoning and logic and brings out a purely emotional response. Unfortunately, what most people overlook is that while it is relatively simple to start a fire, the conflagration leaves none unscathed. Those fanning the flames of religious bigotry would do well to heed 18th century English poet Samuel Taylor Coleridge’s wise words that “in politics, what begins in fear usually ends in failure”.