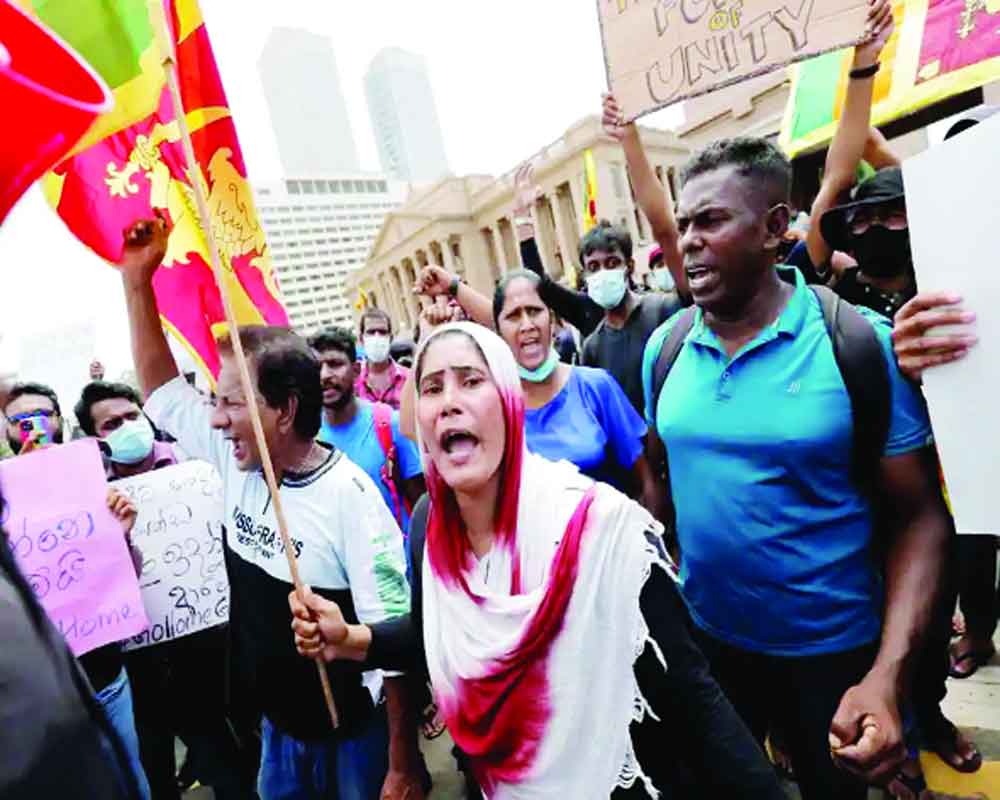 The crises in Sri Lanka don’t seem to be getting over anytime soon. Since the island nation started grappling with its worst economic crisis after running out of foreign exchange and hit severely by the COVID-19 pandemic, it has been unable to find its feet. The situation has become so alarming that even the most essential imports, including food, fuel and medicines, are in limbo. Hundreds of thousands of motorists keep waiting in miles-long queues for petrol and diesel despite the Energy Ministry having announced that fresh stocks would not arrive anytime soon. Sri Lanka is facing record-high inflation and lengthy power blackouts that have contributed to months of protests, calling on President Gotabaya Rajapaksa to step down, who they accuse of corruption and mismanagement. The citizens feel that the time for Gotabaya to bow down with dignity is long gone and now the best course is to “chase him out”. In a brazen act, which has anyway become a matter of routine on the streets of the ‘emerald island’, the youth blocked Sri Lanka’s Finance Ministry secretary from attending a key meeting with officials from the International Monetary Fund (IMF).

Things have since come to such a pass that the country of 22 million has closed schools and halted non-essential Government services, starting a two-week shutdown to conserve fast-depleting fuel reserves. However, any financial rescue plan with the IMF is not expected until Colombo agrees with its creditors on restructuring its $51 billion foreign debt, a process that could take months. The country first defaulted on its debt in April and went cap-in-hand to the IMF, which asked Colombo to raise taxes and restructure loss-making state enterprises, but it made the citizens angrier. To soothe the seething population, Sri Lanka’s cabinet has approved an amendment to the Constitution that could curtail presidential powers. On the political front, Sri Lanka’s Parliament sessions will be restricted to two days this week instead of four days amid the current fuel supply crisis. The main Opposition Samagi Jana Balawegaya party and the Marxist National People’s Power party have bluntly said their boycott of the sessions was to protest the Government’s inaction in tackling the economic crisis. Meanwhile, Indian politicians still have time to learn from the freebie culture that was widely prevalent in Sri Lanka not too long ago!