Hurdle in excellence in higher education

Hurdle in excellence in higher education 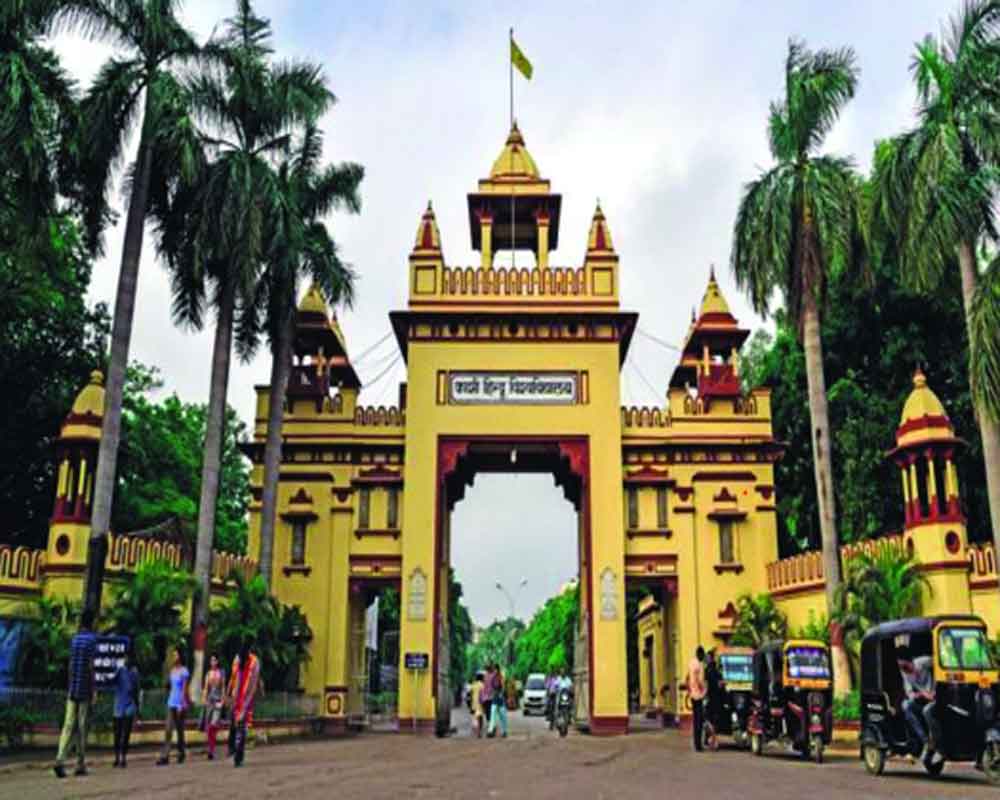 Great institutions the world over owe their credibility and acceptability to academic leaders, who get respect and admiration for generations. Recall the creation of Banaras Hindu University (BHU} by Pandit Madan Mohan Malaviya. He could persuade Dr. S. Radhakrishnan to accept its Vice-Chancellorship. It would be impossible now. There are set rules, regulations, and laid-down procedures to select a VC. The VC presides over considerable funds and makes a considerable number of academic and non-academic appointments. He too has to follow clearly articulated rules, regulations, and procedures. We all understand why VCs in some states work under tremendous political pressure. In the majority of the States, the Governor is also the Chancellor of state-funded universities. He has the statutory authority to oversee the process and procedure for the appointment of VCs and holds the power to select the person he considers best from among the panel of three/five names prepared by the search committee. In the ancient Indian tradition of knowledge quest, which led to the creation of great global centers like Taxila, Nalanda, Vikramshila, and others, the Kulapati - now VC - is supposed to be an embodiment of knowledge, scholarship, values, compassion, empathy, and an outstanding luminary of eminence. He is the ultimate Acharya, his conduct and behavior have to be exemplary. That is why, independent India put such appointments within the authority of the Governor, who is supposed to be a non-partisan person. There are ample instances – again, exceptions apart – that we had and have– Governors/ Chancellors who strictly adhered to values and principles in appointing university leaders. Of course, some Chief Ministers, who want total control of the universities, do not relish such independent assertion of authority in the selection of Vcs.

It was in early December 2021 when the Kerala Governor, Arif Mohammad Khan, deeply peeved by the blatant interference of the state government, offered to transfer the powers of Chancellor to the Chief Minister. The CM had given another term to his favorite VC, without any concurrence of the Chancellor, the legally stipulated appointing authority. It was done against his wishes. The Governor of West Bengal; Jagdeep Dhankahar; tweeted on December 30, 2021, on how State government officials had issued appointment orders to the new VCs of 24 universities without bringing him in the picture. He is the Chancellor of State-funded universities as well Visitor of the private universities and the appointing authority in all these cases. Probably, taking a cue from Kerala and West Bengal, and some other similar attempts to dilute the authority of the Governor as Chancellor, the Tamil Nadu Government has passed two legislations, formally transferring the powers of the Chancellor to the Chief Minister! The reason was that the Governor was not listening to the State government! As appointing authority, the CM will also hold the power to sack the VC. The appointed luminary has to consistently remain conscious of the sword of sudden ouster ever hanging over his head. Several politicians, who give preference to ideological attachments far more than national interests or the aspirations of the young, firmly believe that all talk about University autonomy; and it is being headed by an outstanding individual are ‘meant only for academic discussions, nothing more. They are worried about the recommendations in the National Education Policy – NEP-2020 – which proposes the constitution of a strong Board of Governors –BoG –and shall become the appointing authority of the VCs and other heads of the Higher Education Institutions –HEIs. The NEP-2020 mentions: “It is envisaged that all HEIs will be incentivized, supported and mentored during this process, and shall aim to become autonomous and have such an empowered BoG by 2035.” Some politicians in power are disturbed about it. The Kerala and Tamil Nadu Governments are supposed to be working on their own education policy, rejecting the NEP-2020. If it happens, it would damage the interests of the young people from these states permanently, on the national and also international stage.

Despite impediments being thrown in the well-initiated implementation of the NEP-2020, the nation must move ahead with the policy mandate, which said, “It is effective governance and leadership that enables the creation of a culture of excellence and innovation in higher education institutions. The common feature of all world-class institutions globally including India has indeed been the existence of strong self-governance and outstanding merit-based appointment of institutional leaders.”

In the third decade of the 21st century, several luminaries have predicted ted at the time of decimation of the era of imperialism that ‘future empires shall be empires of knowledge. This has already come true. Nations that fail to realize its import shall certainly lag behind others. However, it is encouraging that Indian academia and scholarship accept the new outlook, and its finds reflection in the resolve made at the national level —

along with abilities to manage complex situations. Leaders of an HEI will demonstrate strong alignment to constitutional values and the overall vision of the Institution, along with attributes such as a strong social commitment, belief in teamwork, pluralism, ability to work with diverse people, and a positive outlook. The selection shall be carried out by the BOG through a rigorous, impartial, merit-based, and competency-based process by an Eminent Expert committee constituted by the BOG.”

Some politicians need to be reoriented on what India needs to better the lot of its generations ahead. The task is to bring education out of and away from political interference; the uninitiated must be brought to the fold in light of the words of Mahatma Gandhi: “To me political power is not an end but one of the means of enabling people to better their condition in every department of life.”