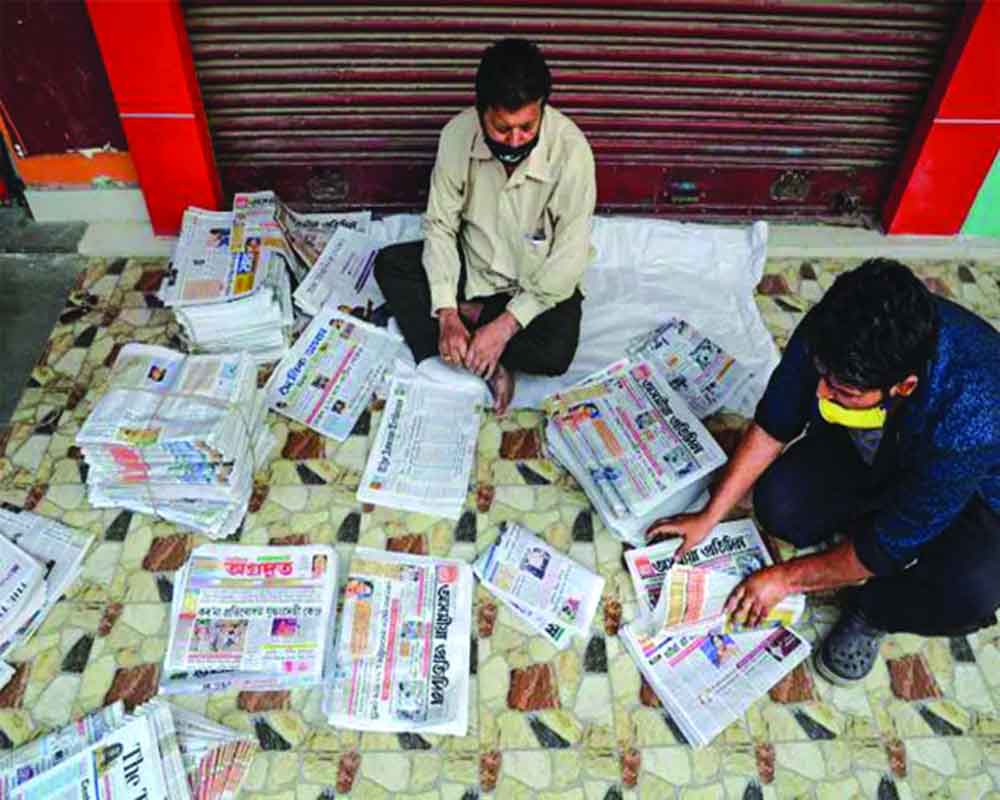 The ranking of India in the 2022 World Press Freedom Index has fallen to 150 out of 180 countries. The countries lower than India include Sudan (151), Russia (155), Pakistan (157), Bangladesh (162)and China (175). The top three positions went to Norway, Denmarkand Sweden. Last year, India was ranked eight points higher at 142. The ranking is based on the performance of the respective country in five broad categories - political context, legal framework, economic context, socio-cultural context and safety of journalists. India’s ranking was lowest in the safety of journalists’ category (163) and the best in legal framework category (120). Reporters Without Borders, an International NGO having a consultative status with the United Nations, flags a “two-fold increase in polarisation amplified by information chaos-that is media polarisation fuelling divisions within countries, as well as polarisation between countries at the international level”,. It further notes that “within democratic societies, divisions are growing” due to spread of “opinion media”, modelled on Fox News, and the rise of “disinformation circuits” amplified by how social media functions. Commenting on the press of India, the report says “the violence against journalists, the politically partisan media and the concentration of media ownership all demonstrate that press freedom is in crisis”. The report described India, as “one of the world’s most dangerous countries for the media”. The report further says “journalists are exposed to all kinds of physical violence including police violence, ambushes by political activists and deadly reprisals by criminal groups or corrupt local officials”. In the context of “socio-economic” aspect of press freedom, the report states “the enormous diversity of Indian society is barely reflected in the mainstream media, for the most part, only Hindu men from upper castes hold senior positions in journalism or are media executives - a bias that is reflected in media content”. Under the category of “political context”,the report states that though originally, a product of anti-colonial movement, the Indian Press used to be seen as fairly progressive, but, things changed radically in the 2010s when lot of political interference by ruling central and state governments and the dominance of big families, corporate families in media has been noticed. Under the “economic context”, the report, described Indian media as a “colossus with a feet of clay”, points out that “media outlets largely depend on advertising contracts with local and regional Governments” and at the national level, the central government has seen that it can exploit this to impose its own narrative, and is now spending more than Rs 130 billion a year on advertisements in the print and online media alone. Revisiting the recent incidents of attacks on journalists while they were reporting from the field, we find that the situation is indeed dangerous.

The incidents which come to mind are putting a journalist in jail for highlighting the grave irregularities in distribution of mid-day meal in Uttar Pradesh, imprisoning a journalist from Kerala who went to cover the incident of burning of a rape victim in Uttar Pradesh, booking a journaliston flimsy grounds for reporting the farmer’s movement in Delhi, detaining by the police of two women reporters in Tripura for tweeting and reporting from the scene of violence in the state. In most of the cases, the judiciary came to the rescue of the victimised journalistsand that explains the better performance of the “legal framework” in the Reporters Without Borders estimation index. The Governments should realize that India is noticed at international forums because of its image as a vibrant democracy and we owe this status to our free press.

(The writer is a senior journalist and Chairman, Panwar Group