Nagaland tragedy and the SIT farce

Nagaland tragedy and the SIT farce 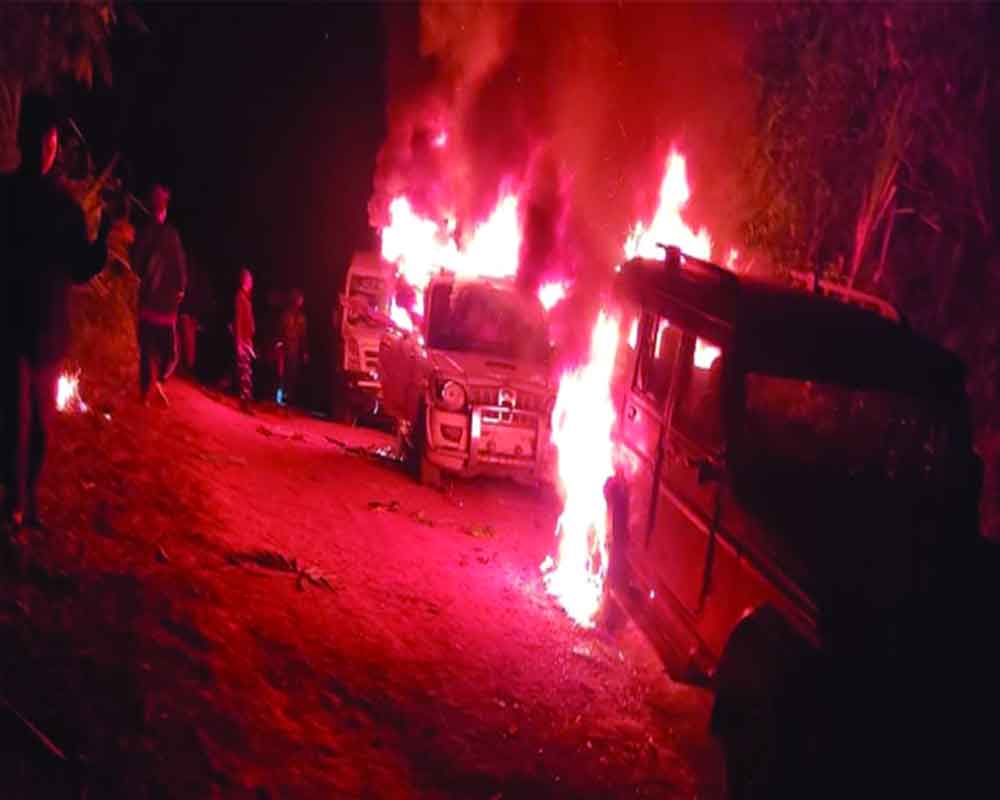 Nobody’s saying that there was no conspiracy, in fact all evidence points to one, but in which the military was clearly the scapegoat

Last December, this author had written on the tragic incident that occurred in Nagaland’s Mon district earlier that month (‘AFSPA in the Northeast: Is status quo the answer?’). In a tragic case of mistaken identity, six coal miners were killed by troops from a Special Forces unit. Subsequent escalation by local villagers who descended on the site four hours later, allegedly at the behest of the DSP, led to the murder of one soldier with the rest being injured, many of them seriously. They were finally able to disengage with difficulty, having to leave behind four vehicles loaded with gear and ammunition. The unruly mob subsequently set these trucks on fire, which resulted in the ammunition in the burning trucks “cooking off”, or exploding. This probably led to the death of seven others, which the police promptly pinned on the detachment that had left.

This case is again making headlines as the Nagaland Police has chargesheeted 30 soldiers under various sections of the IPC, including criminal conspiracy, murder, attempt to murder, voluntarily causing grievous hurt by dangerous weapons and disappearance of evidence. That an operational task assigned by higher headquarters, based on inputs reportedly provided by the Intelligence Bureau, constitutes a criminal conspiracy speaks volumes of the quality of the investigations. But that in no way suggests that there was no conspiracy, in fact all evidence points to one, but in which the military was clearly the scapegoat.

The chargesheet is based on the report of an SIT constituted by Nagaland Police, though this report is not yet public. Indeed, we are also to hear what an Army Court of Inquiry that delved into the matter has to say. In the circumstances, especially as these soldiers were protected under the Armed Forces Special Powers Act (AFSPA), ideally a joint investigation should have been undertaken but, in its absence, one would have expected that the military and civilian authorities to have acted in concert and reconciled the findings of both reports. That would have allowed them to jointly initiate action to ensure accountability and also to institute corrective measures to avoid recurrence of such tragic incidents.

The Nagaland Government, however, seems to have had other ideas. It has gone ahead independently and filed charges, without first obtaining the requisite sanction from the Centre, as required by law. This violation is an obvious attempt to pressure the Centre to act quickly in its favour. It undoubtedly appears that the State Government is indulging in populism to curry favour politically, but there could be other more devious reasons for the action, as will be elucidated in this and a succeeding piece.

In the long term, this action will have a deleterious effect on civil-military relations as the Government is well aware. Even if sanction were to be accorded, as the incident occurred in an operational area, the Army authorities will, in all probability, take over the case and try the personnel under the Army Act. In that context, the findings of the Army Court of Inquiry would be of great importance. Clearly, therefore, the apparent rush to trial suggests that there is more at stake here than just fixing accountability.

This aspect is also clearly borne out by the fact that soon after the incident, even before the SIT had been constituted or any preliminary investigations even commenced, a joint statement was issued by Nagaland DGP T John Longkumer and Kohima Divisional Commissioner Rovilatuo Mor. It stated that “the Army made no attempt to ascertain the identity of the civilians…and the villagers found the forces trying to hide six bodies by wrapping and loading them in a pickup van with the intention of taking them to their base camp”.

This was followed with a suo moto FIR lodged by the Nagaland Police against the Army personnel involved, accusing them of murder. The immediate question that comes to mind is what was the reason for such precipitate action on the part of the DGP and the Divisional Commissioner? In their impetuousness, they vitiated the entire investigation. What hope was left for a free, fair and unbiased investigation being conducted, especially by a team composed wholly of officers belonging to Nagaland Police?

More importantly, it has been established that there were no independent witnesses at the site. In fact, two injured miners were given lifesaving first aid by the troops themselves and immediately evacuated to a civilian hospital in Dibrugarh; timely action that ensured their survival. Moreover, the troops could have dispersed then as well if they so desired but, instead, awaited the arrival of the police, which never showed up. Their actions prove, in no uncertain terms, that they acted in good faith.

Can the same be said of the civil administration, especially the non-arrival of police who were just 40 minutes away? Clearly, the statement of the DGP and the Divisional Commissioner was based on hearsay and lacks credibility. They have much to answer for!

(This is the first of two parts on the issue.)