OIC remains just a relic of the past

OIC remains just a relic of the past 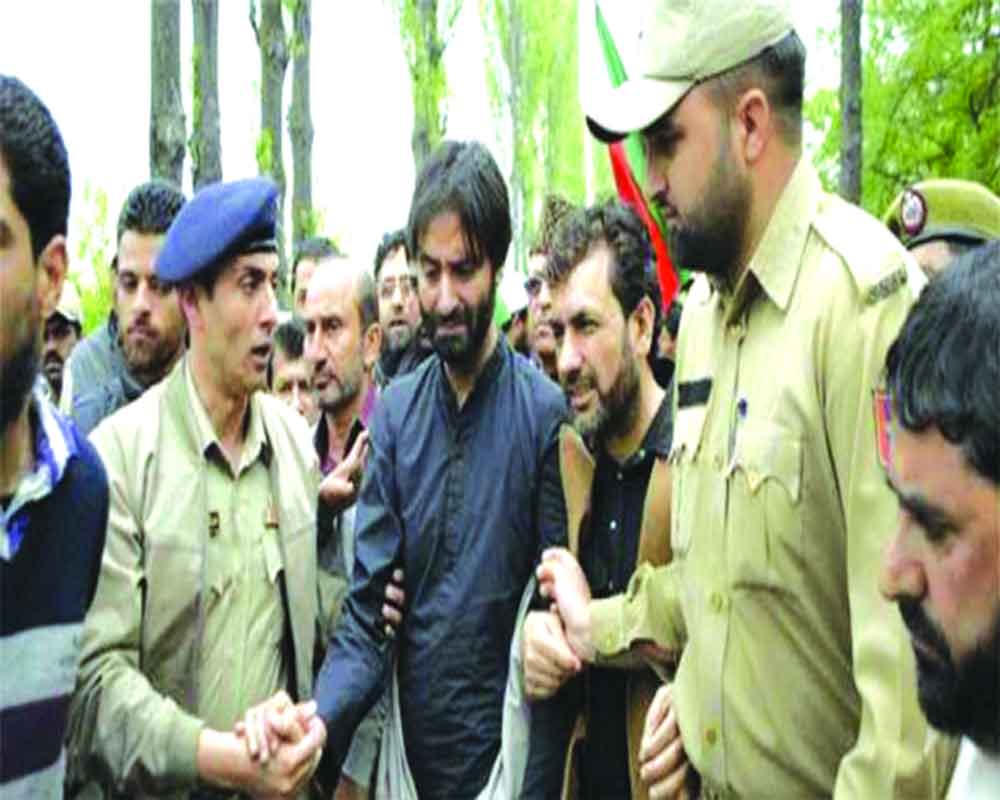 The Organisation of Islamic Cooperation (OIC) is predicated on restrictive and exclusivist-religio concept of ‘the collective voice of the Muslim world’, or the Ummah. Religion as the only criteria, as opposed to geography, scale of development or mutual interest binds the limited membership of 57 member States. Fundamentally, it violates the universalist and politico-theological concept of Ummah by recognising independent nation States === but beyond this genealogical fracture, it has failed to showcase any significant unity, espousal and, above all, any solution to any meaningful challenge facing the Islamic world. From Algeria to Malaysia, the swathes of Ummah trickling down to Nigeria, Somalia, Mozambique and above to Turkey and the Central Asian Republics have remained mired in violence, turmoil and wars for decades. Mostly, the bloodbath in OIC countries is within themselves ie, Saudi-Iran, UAE-Yemen, Turkey-Kurds, Iraq-Kuwait and Syria-Lebanon.

The sectarian and divisive undercurrents of Arab versus Ajam (a slur, literally translating to ‘mute’, applicable to non-Arabic speakers of Ummah) have traditionally split the OIC at its seams, beyond other contradictions, divisions and intrigues within. A haunting video of Libyan dictator Muammar Qaddafi warning chuckling and giggling Arab leaders in Syria 2008, shows him blowing the hypocrisy of OIC unity: “A foreign force occupies an Arab county and hangs its leader while we are looking and laughing.” He then adds chillingly, “In future, it is going to be your turn too.” Telling of the disunity, insincerity and empty posturing of the OIC, it certainly came true for him and many others within years! The group’s inefficacy in jointsmanship extends to its supposed joint military arm, Islamic Military Counter Terrorism Coalition (inked by only 41 OIC members), headed by former Pakistani Army chief Gen Raheel Sharif.

Financially beholden to some Sheikhdoms, OIC is susceptible to their traditional positions and fixations (howsoever regressive, revisionist and illiberal), which ensures ‘bloc’ mentality within, and stymies progressive evolution. Despite unbelievable financial-energy clout of OIC, its track record in the foundational case of Palestine against Israel (with a population of 9.5 million, against the OIC’s population of 1.9 billion) is a most glaring failure. Shameful selectivity of Ummah causes espoused depends on the sovereign conveniences of the main powers — so issues pertaining to Kurds, Ahwaz, Ahmediyas, Hazaras, Berbers, Houthis or even on the systematically persecuted Uyghurs remain dubiously mealy-mouthed. Crucially, it ensures that OIC’s discredited position on ‘terrorism’ is invariably blurred, often contextualised, and given to unpardonable justifications.

While it remained very vocal on the West/‘Others’ for their supposed insensitivity, mishandling and denial of migrants from Iraqi-Syrian lands or the Rohingyas, but even with their trillion-dollar treasuries, none of these Sheikhdoms offered to rehabilitate the fleeing migrants into their own lands and economies. One such realm of recurrency and manufactured outrage has been the issue of Kashmir — never viewed from the prism of hard facts, history or terrorism, but from emotive blindness of co-religiosity. Aided immeasurably by the hyperventilating Pakistanis whose existential logic is premised on two-nation theory of religious denomination, the constantly pinged issue sustains and binds Pakistan, an otherwise failing and imploding country. Like Palestine, which is given to occasional noise and theatrical chest-beating with no consequences === Kashmir meets similar fate, albeit with even more disinterest and perfunctory statements (save for the Pakistanis and their newly anointed wingman, Turkish President Recep Erdogan).

With Abraham Accords normalising relations of most Sheikhdoms with Israel, and with Pakistanis getting embarrassed with the Israeli President confirming the visit of a ‘Pakistani delegation’, the no-bite reality of OIC is getting increasingly exposed. India’s own bilateral and strategic relations with powers like Saudi Arabia, the UAE and Iran (in contrast to the fickle and often flaring relations with Islamabad) are making parallel noises from the meaningless platform of OIC even more irrelevant.

The irony of OIC’s dodgy observation on Kashmir is magnified by two other observations; one preceding and the other succeeding the one made on Kashmir. The earlier statement condemns blasts in Kabul without suggesting any names or reason, and the latter applauds formation of ‘Committee on Girl’s Secondary School” in Afghanistan by the de facto authorities === rather careful not to use words like terrorism, Taliban, ISIS-Khorasan etc. Meanwhile, it sweepingly and specifically expressed “concern” over the pronouncement of life imprisonment to Yasin Malik, a self-confessed wrongdoer! Such hypocrisy and protection offered even to unremorseful terrorists like Yasin Malik is the principal reason that OIC has not been able to call a spade a spade when required, and resorted to platitudinous ‘concerns’ simply owing to co-religionists. This does immense disservice to the real cause of global perceptions and peace within Ummah in the long run.

It is no one’s case that OIC cannot express contrarian views from that of the dispensation of any country, but the rules of expression must be fair, consistent and based on international law. OIC’s ‘concern’ was rightfully slammed by India, in the full know that beyond the rote positions taken by outdated platforms like OIC, the bilateral equations with major powers within Ummah are on solid foundation, and that OIC remains a grandstanding relic of the past.