On Defence, Govt running on empty

On Defence, Govt running on empty 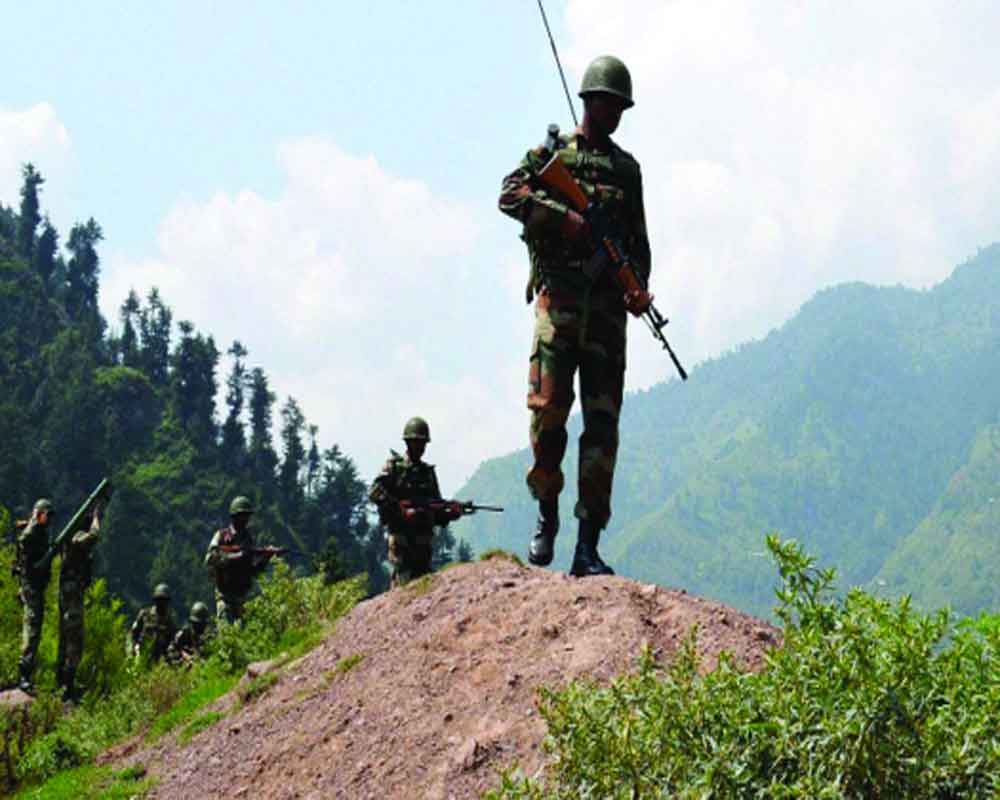 His name came up for Army Chief before he retired after Gen Rawat’s tragic death, and now as CDS. Just as the Government by process of elimination (letting contenders retire) got its choice, Gen Manoj Pandey, as Army Chief, it will also get the retired Lt Gen it wants as CDS. But that will still not explain the extraordinary delay in selecting a CDS. In 2019, Government had hailed plugging the holes in higher defence organisations a political feat. Despite six months without a CDS, Government has merely issued gazette notifications to Army, Navy and Air Force Acts, specifying the criteria for a CDS. Apparently, no urgency attaches to his appointment anymore. No comprehensive criteria for CDS were laid out before Rawat’s hurried appointment.

The selection pool has widened as now serving and retired Generals, Lt Gens and their equivalents in the other two services below 62 years on date of appointment will be eligible. Nearly 50 officers are in the race but the number may reduce if the Government takes its time. Veterans have put their money on one retired Lt Gen who is favoured by the establishment, superseding three serving Chiefs, all of whom belong to the 61st NDA batch. A marked measure of ad hocism has crept into Defence matters because the chain of command in MoD is blurred, distributed between PMO and NSA with Defence Ministry generally out of the loop and the Appointments Committee shared exclusively by PM and HM.

The criteria evolved for CDS selection is unprecedented — for a retired three star General being considered for a double jump. Retired three and four star officers have been appointed in staff slots like Commandant West Point and Royal College of Defence Studies — but never a CDS. CDS has invariably been picked from serving Service Chiefs — like in the UK, it was initially by seniority, then by rotation (round robin) and finally competence prevailed.

In my column of May 18, I had written that Government was fumbling with two key defence issues: appointment of CDS and review of his work allocation and the new Human Resources Policy on Recruitment, called Tour of Duty. With Gen Rawat’s domineering persona out of the way, Defence Secretary has regrouped his forces to challenge his marginalisation by creation of Department of Military Affairs. He is determined to reset his towering position in MoD as CDS had virtually become Supreme Commander: Permanent Chairman Chiefs of Staff Committee, single-point advisor to Defence Minister, Advisor to National Command Authority responsible for implementation and prioritisation of Defence Acquisition Plan. What Rawat could not complete was the theatrisation of four commands — two land-based commands against China and Pakistan, one maritime command and an Air Defence Command. The warts in Rawat’s plan have not been removed as such a gigantic reforms process should have been entrusted to a Strategic Defence and Security Review Committee, not DMA.

If the integrated theatrisation has been below par, the four-year ToD appears to be absurd, shortsighted and will terminally damage the innards of the time-tested regimental system, crippling the generational camaraderie, traditions and ethos of battalions and regiments. The Army, deficient of 125,000 soldiers, is operating with these dangerous deficiencies on LoC and LAC. With ToD intake at 40,000 while 60,000 retire annually, manpower voids will increase.

What is most puzzling is how the Government-pushed ToD has passed muster with Commanders, especially from fighting arms Infantry and Armoured Corps. One serving Lt Gen said: “It’s fait accompli.” The Government bringing in an Army Chief of its choice has helped ToD to sail through. A presentation on ToD was made to Prime Minister last week and clearly has his stamp all over Agnipath and Agniveer project, the name of the new All-India All-Class (AIAC) composition of the Army. 40,000 Agniveers with Rs 40,000 salary will become voluntary conscripts for four years, 10 per cent being ploughed back. Those discharged will get a severance package of Rs 11 lakh, one third of which they would have paid for. These soldiers of fortune are to be re-skilled and suitably re-employed by Government schemes that have not succeeded in the past, now even more unlikely, due to recession in jobs. Experts fear Agniveers could become military contractors (mercenaries), join insurgency movements, criminal gangs and so on. What havoc the AIAC will do to the regimental system is transform the Army into numbered regiments like the American Army, sacrificing the carefully manicured caste-based units and sub-units on the altar of financial expediency. Downsizing can be achieved in other ways without breaking integrity of the forces.

Soon, commemorating battle honour days of 300-year-old and younger specifically-classed regiments will dissipate. Not to talk of 200-year-young Gorkha regiments enlisted from Nepal which could disappear, disrupting India-Nepal special relations. Has the Government really thought out ToD? A delayed and diminished CDS is clear reflection of Government’s current importance of defence. For next CDS, my money is on Lt Gen (Retd) Yogesh Kumar Joshi, PYSM, UYSM, AVSM, VrC, SM from the 60th NDA batch. But the real worry must be about the bombshell ToD and the dangerous potential of extinguished Agniveers.