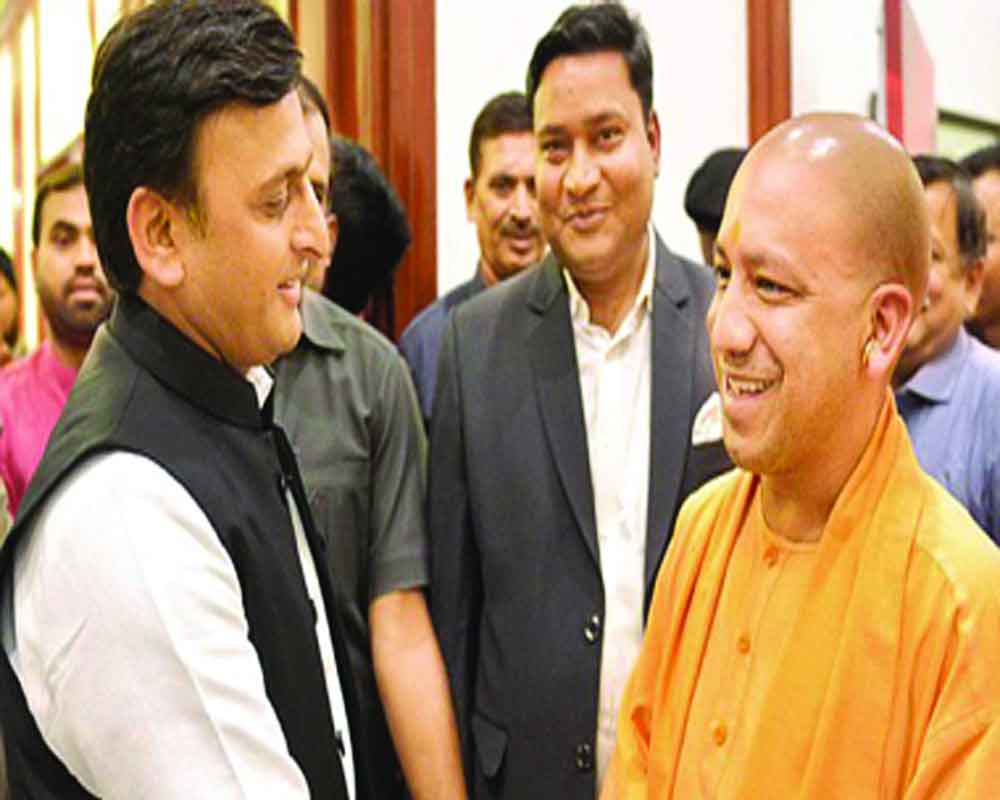 Freebies do represent unfulfilled aspirations and needs of society

With the election fever in Uttar Pradesh gaining momentum, pre-poll promises of freebies by major political parties are filling the horizon of the poll-bound state. Samajwadi Party (SP) has taken the lead in promising doles. Congress and comparatively new entrant Aam Aadmi Party (AAP) have zealously spiced up the freebie pot as well. These freebies pertain to free electricity, unemployment dole, pension for targetted sections, crop loan waiver, free two-wheelers for girls, etc. Considering there are about 28 million power consumers in UP, of which the domestic connections comprise 24 million, the promise of free power by competing political parties has created the maximum buzz in the media and the public alike. Taking a leaf from its gainful experience in Delhi, where it the ruling party, AAP has announced to provide 300 units of free electricity to domestic consumers if voted to power. It also promised to waive off outstanding power bills and give free power to farmers if it formed the UP Government. Besides, Delhi deputy chief minister Manish Sisodia had also announced to provide Rs 5,000 unemployment dole per annum to the beneficiaries. Not to be left behind in the pre-poll math, SP president Akhilesh Yadav also announced to provide free power up to 300 units to all households. Yadav promised Rs 25 lakh ex-gratia to the kin of the farmers who died during the recent protest against the central farm laws. Meanwhile, Congress has promised to give smartphones and electric two-wheelers to girls if the grand old party forms the next UP Government after more than three decades of political wilderness in the State. Moreover, the party has talked about increasing pension for widows and senior citizens, increasing honorarium for ASHA (Accredited Social Health Activist) and Anganwadi workers, free bus travel for women, three free gas cylinders a year, etc.

Interestingly, Rashtriya Lok Dal (RLD) has promised to double the ex gratia payment under PM-Kisan Samman Nidhi Yojana from Rs 6,000 to Rs 12,000 if it forms the next Government. Meanwhile, the ruling Bharatiya Janata Party (BJP) is yet to release its official poll manifesto, which the party calls ‘Sankalp Patra’. The party had gained immensely from its pre-poll promise of crop loans waiver in the run-up to the 2017 UP elections. After coming to power, the BJP government of Yogi Adityanath, in its first cabinet meeting on April 4, 2017, had approved to waive crop loans worth almost Rs 36,000 crore, projected to benefit 8.6 million small and marginal farmers. The flagship crop loan waiver scheme was hailed as a game changer for the party. In its recent Supplementary Budget of nearly Rs 8,500 crore for 2021-22, the Yogi Government allocated about Rs 4,000 crore for the bottom of the pyramid sections, viz., unorganised workers, including farm labourers, sharecroppers, and street vendors to be distributed as social security payment or doles. Besides, Rs 670 crore was allocated for senior citizens and farmers’ pension schemes, wherein their payout was increased from Rs 500 to Rs 1,000 a month. This is estimated to benefit more than 5.6 million elderly persons in the state. The financial grant to the differently-abled was doubled and the honorarium of shikshamitras hiked by Rs 2,000 a month. Freebies do represent the unfulfilled aspirations and needs of the society, while on the other, they cast a taint on the tendency of pre-poll allurements to gain advantage at the hustings. A discerning voter is expected to make an informed choice before casting his/her vote to keep the Indian democracy healthy and vibrant beyond the narrow boundary of pre-poll guarantees.