The Ukraine crisis: Its impact on India

The Ukraine crisis: Its impact on India 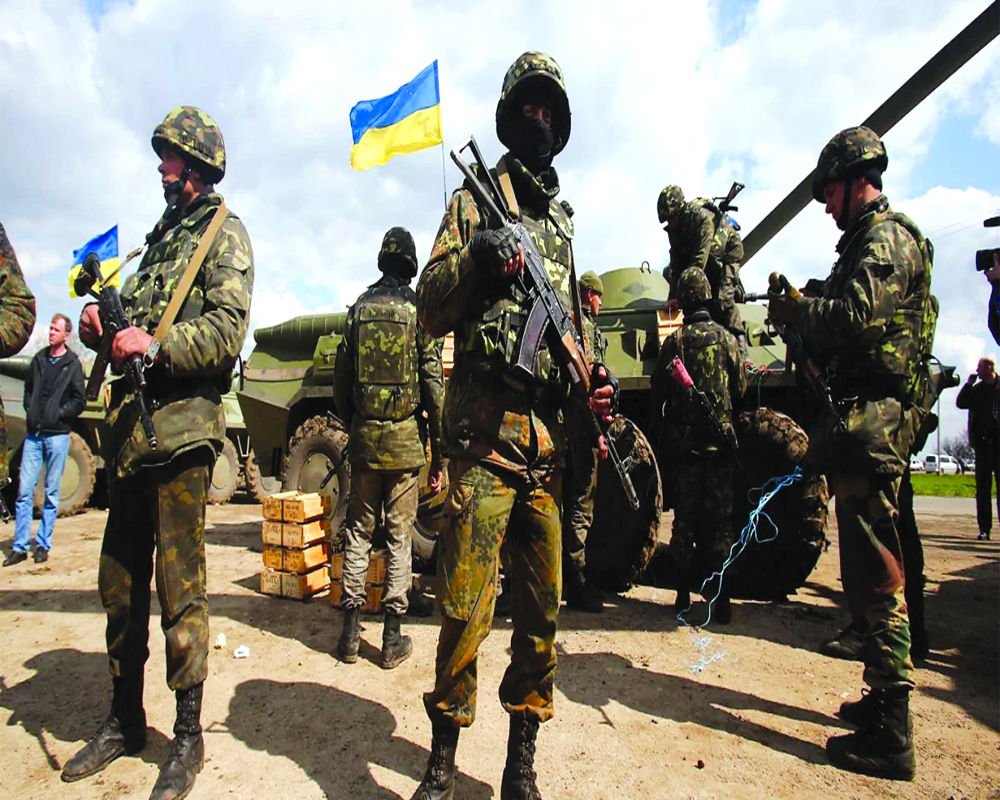 India has to tread a fine line in this imbroglio: Taking care of the welfare and evacuation of Indian students and the possibility of oil price hike

The face-off over Ukraine between Russia and the United States and its Nato allies has been dominating the headlines for a while now with tensions ratcheting up as we receive dire public warnings everyday of a Russian invasion any day now. Clearly, the possibility of Russian intervention there, and the consequent escalation of sanctions against them, is very real and concerning.

While Ukraine may be a developing country and the poorest in Europe, by no means is it a pushover. It is the second largest country there, behind Russia, by area, and in terms of population the eighth largest with its 42 million inhabitants. It has been independent since 1991, following the collapse of the Soviet Union, though it had been a part of the Russian Empire and the Soviet Union since the 18th century. If there is one lesson that Putin and the Russian military should have learnt from America’s disastrous interventions in Iraq and Afghanistan is that invasions are relatively easy to accomplish, but keeping restive and hostile populations under control is a wholly different proposition.

In any event, Putin and his advisors must clearly remember the Soviet intervention in Afghanistan that ultimately led to its collapse. Surely not worth the risk of repetition? He has already achieved much more than what we did during Operation Parakram. The ongoing imbroglio has its genesis in the Western funded ‘Euromaidan’ protests of November 2013 against pro-Russian President Viktor Yanukovych that ultimately led to his resignation. Those protests were strongly opposed by the Russian-speaking inhabitants of eastern Ukraine and pro-Russian politicians in power in Crimea and the port city of Sevastopol initiated a referendum there that resulted in the region breaking away and signing a Treaty of Accession with the Russian Federation, facilitated by the Russian military. Separately, the Donbas Region, which includes Donetsk and Luhansk Provinces in the East, became the focus of a separatist struggle between Russian backed militia and the Ukrainian military. A conflict that continues to this day, despite the European Union, Russia and Ukraine having earlier agreed to a ceasefire following the signing of the Minsk Protocol.

Clearly the Ukrainians and the Europeans are pawns in this version of the ‘Great Game 2.0’ between Russia and the US. Russia’s motives appear to be aimed at stopping Ukraine from joining Nato, thereby ensuring a buffer. Putin also probably wishes to reinforce his reputation as a strong nationalist leader by regaining some of the earlier clout that Russia enjoyed in the halcyon days of the Soviet Union. On the other hand, a deeply fractured US is keen to buttress its own domination over its Nato allies that had been adversely affected during President Trump’s tenure.

Some analysts have suggested that the Americans are keen to goad Russia into invading Ukraine so as to bog them down in an unwinnable conflict, while also adversely impacting growing cooperation between Russia and Germany on the energy front. A desperate attempt by President Biden, who over a third of Americans believe is in office illegitimately, to reassert declining American power and enhance his own prestige.

Whatever the motives of either side, tensions in Ukraine have only added to our problems. Not only does the Indian Government find itself having to worry about the welfare and evacuation of the 20,000-odd Indian students there, but also faces increasing possibility of oil price hike and its implications for our economy in the event of a shooting war. Moreover, the Government is treading a fine line as it balances its response without damaging its relationship with either of the protagonists, with both of whom it has close ties. Also any escalation in Ukraine will shift focus and allow China an opportunity to act even more aggressively against us, Taiwan and the QUAD; much like the manner in which it got away by attacking us in 1962 while the US and the Soviet Union were focused on the Cuban Missile Crisis.

This crisis provides our Government an opportunity to focus on pursuing our own national interest to the full. Instead of our wishy-washy neutral stand, we must throw our full weight behind the side that we perceive will help us to effectively counter China’s aggressive designs. Otherwise, as in the past, we will once again be on our own with only token assistance being offered. The brutal truth is morals and values count for little and national interest is paramount. As Iqbal Chand Malhotra points out in his latest book, Dark Secrets: Politics and Proxy Wars in Kashmir, it was our good friend the Soviet Union that prodded Mao Zedong into illegally occupying and constructing a highway in the Aksai Chin so as to secure its access to the uranium mines there. For that matter, the traitorous actions of the British in not just ensuring Partition but also in organising the division of J&K, including the mutiny at Skardu, so that they had a suitable base in Pakistan from where they could keep an eye on the actions of the Soviet Union as well as control the access to oil through the Persian Gulf and protect other interests in South East Asia.